Anthem comes out in a few weeks and the closer we get it Bioware’s latest game getting released, the more my initial enthusiasm for the game ebbs away. After a pretty strong reveal and my own personal desire for a return to good Bioware manifesting qualities to the game that might not have ever actually been there, the likelihood of Anthem hitting the ground with the promised level of quality and content seems real unlikely.

After a less than convincing marketing push from EA and then the eventual word of mouth getting around, thanks to more and more people got their hands on mostly finished builds of the game, it seems like Anthem is already gearing up to have many of the same issues as its competitor games in the genre upon its release.

END_OF_DOCUMENT_TOKEN_TO_BE_REPLACED

I feel like a lot the developers and publishers who exhibit at E3 kind of want to get out of this game. The “peddling their wares on a stage to the masses” game specifically. Nintendo got out a few years ago, as have Square Enix who I just got finished talking about. Ubisoft though. Oh, they want to keep this going strong and put on a show-ass-show. 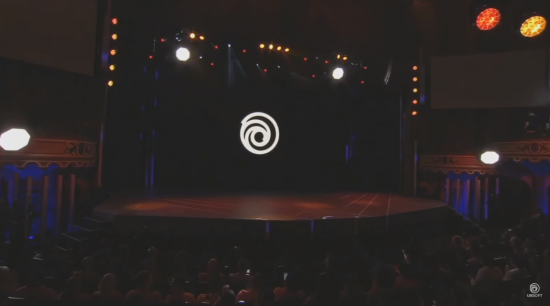 I went into this one expecting a long sit. Ubisoft make a lot of games, of a wide array of genres, not all of them I care for. I expected a drawn out show with the classic Ubisoft Hallmarks such as an abundance of French Canadian accents and “totally natural” in game banter during their multiplayer focused games. As it turns out, I was pleasantly surprised by what they had to say. Don’t get me wrong though, it was still a lot, so I’m only going to dig into the highlights on this one.

END_OF_DOCUMENT_TOKEN_TO_BE_REPLACED

After the EA conference felt like a company floundering for something to put on stage, and then subsequently not actually making an effort once the stuff was up there. Microsoft came out like a company with something to prove. True, they are trailing behind Sony and the PS4 in terms of sales and install base, but Microsoft also have their fingers in the PC space, so it’s not like they’re desperate…

I’m not going to break down the entire conference for Microsoft like I did for EA, there was far too much on display here and a lot of it I don’t have a strong opinion about, or there wasn’t simply enough there before jumping to the next thing to say anything about it other than stating it’s a thing. So I’m going to go down my notes and talk about the things I felt the strongest about, in either a positive or negative light. So let’s get started.