Last year was pretty grim viewing for Bethesda. They had a lot of big names, but nothing to show for them. The only game they did have any significant time invested in was Fallout 76, which was a game that, by all account, was a disaster befitting its franchise’s name.

I am more hopeful Bethesda will have a better showing this year, although for me they’re a company that hit heavy but infrequently, and I don’t see their biggest games coming out on the current generation of consoles. So I have no idea what’s going to even be at this show.

But I haven’t seen the conference yet so let’s dig into it:

Yuk. I know this is supposed to be highlights, but I kind of wanted to talk about the show itself for a second rather than its content. The show starts off with this montage video showing a bunch of people reinforcing how Bethesda are a company who cares about their fans. 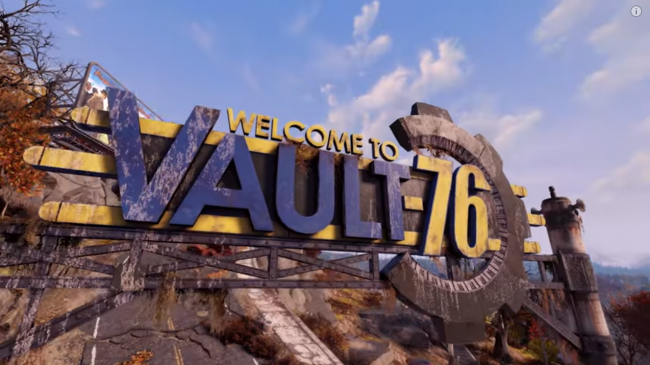 There’s a real apologetic bent to it all that is getting close to being a little heavy handed. Although, it seemed to have worked because the crowd attending this show seem to be far more hyped up for what is to come than than the Microsoft crowd did.

And they’re adding human NPCs and a storyline to Fallout 76. Which is honestly, kind of hilarious to hear them actually say it. I might eventually pick up Fallout 76 if it eventually becomes a close enough approximation of a real Fallout game in the future… and it shows up on game pass…

They also announced a battle royale mode, which is a genre I have zero interest in. But nice of them to jump on the band wagon. They need to do something to keep that game’s head above water.

They end with a passing mention to Elder Scrolls VI and Starfield to tell us that there is nothing to tell us. Fantastic… two of the games I actually wanted to hear about, at least they got it out of the way early. A title would have been nice at least, even if they’re 100% next console generation games. 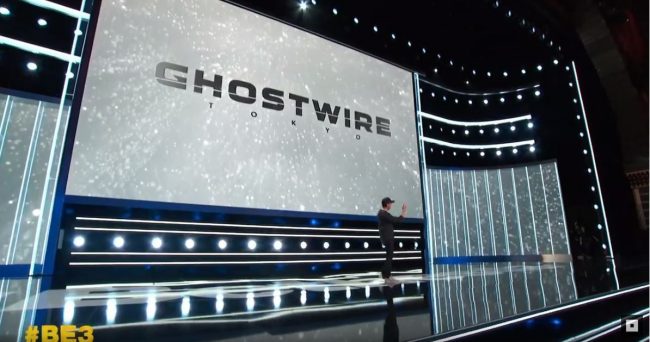 This announcement really felt like some old school E3 action, a couple of Japanese developers with strong accents introducing their games with an explanation. I feel like most of E3 has gotten past this “tell, don’t show” mentality, but maybe it’s very early days and Betheda are despetare.

The developer, Ikumi Nakamura was cute as hell though.

The cinematic trailer itself looks really cool though. Some kind of paranormal horror/action game with a green arrow looking dude as the protagonist.

Coming from the mind o the creator of Resident Evil I, and many others like me, already have a of buzz surrounding this game, as little as they actually showed about it. While this amounted to little more than an announcement for the game, it ended up being one of the highlights of Bethesda’s show.

Be interesting to see more.

Man, the crowd were so hyped for this announcement. To the point were they were actually kind of obnoxious. Mindless yelling at someone every time they take a breath is dumb, I’m sorry. I know people are at E3 to enjoy themselves, but these guys were placed on the front row for a reason…

It harkens back to the boy’s club era of gaming we’re all desperate to get away from in some regard.

Anyway, they showed a very pretty cinematic trailer for the new expansion. And it made me download Elder Scrolls Online again. The people who like ESO, really like ESO. That enthusiasm alone was enough to make me want to dip in again.

As much as I enjoyed the previous to entries in the Wolfenstein series, nothing about this one has done much for me based on what I’ve seen so far. The trailer here shows more gameplay of the daughters of William “B.J.” Blazkowicz killing a lot of Nazis in the 1980s.

That’s about it. From what I’ve read though, the marketing about this game has done a poor job representing the parts of the game that actually help it stand on its own as a game worth paying attention to.

For now, I’ll keep my eyes and ears open regarding the discourse for this game, and hope that I hear something that gets me on board again. But in terms of Bethesda’s stage representation of the game at their press panel. I can’t say they’ve sold me on it at all. 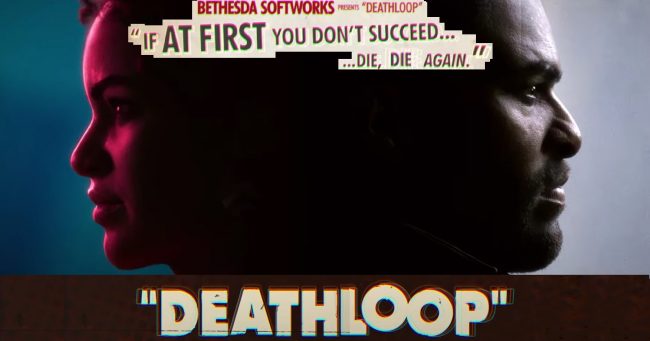 Yet another new game announcement, the time from Arkane Studios, the developers behind the Dishonored series. This one, like Ghostline Tokyo is all concept and not much substantial, but it’s still one of the three games Bethesda showed that I had some genuine interest in.

Concept is, two assassins are some paradise island that’s gone to absolute hell, and they’re out to kill one another. The trick being that, every time one of them dies, they restart the day again with the knowledge of how they died.

There is a lot going on in this game. Aside from the super obvious allusions to the movie Edge of Tomorrow, the setting gives me shades of We Happy Few, at least in the look and feel of the urban areas shown in the trailer.

The Dishonored DNA is very obvious from the cinematic trailer alone though. Players will be using a combination of weapons and super powers, there are two player characters you pick from at the beginning, and it has a very stylistic approach.

It looks cool, and will be something I’m eager to learn more about. Maybe it’ll give me a kick up the arse to actually finish Dishonored 2.

Here’s this big one. In case you didn’t know; I ADORED Doom 2016. I still love that game, so I was very exited to see what iD had to show on stage this year, and it seems like they were Bethesda’s centrepiece for the show too.

On the surface, the game looks like more of the same. Chaotic, fast paced action interspersed with graphically violent finishers. It still looks really good. This time, hell has been unleashed on Earth, and the Doom Guy has to transcend dimensions in his never ending quest to rip and tear every hell spawn to ever exist.

On top of zombies and demons, it looks like the game is introducing a new element. Like angels or some kind of pantheon of gods to the mix, which is interesting. Although it’s lightly brushed across during the show itself. I guess we’ve find out more in due time.

In terms of what’s new. There seems to be a lot more verticality to gameplay, giving the player the ability to swing, air dash, wall climb/jump and swim. On top of this, there is a new shoulder mounted weapon added to the mix.

One of the best things about Doom was the flow of its combat. It was a game that forced you to play hard and play fast, killing was what kept you alive and getting into a flow of melee, weapon and chainsaw kills kept your resources full while encouraging players to play in the way iD intended.

It was a masterful design choice which made the game something truly unique. From listening to people who have managed to get hands onto this game, the complexity to the depth of combat has been increased further by the addition of the shoulder mounted weapon, which allows players to kill enemies with farming a specific resource from them.

Man, I am so excited to play this game. The 4th quarter of this year is going to be absolutely packed with video games, I don’t know how I’m going to manage them all.

Overall Thoughts on the Conference 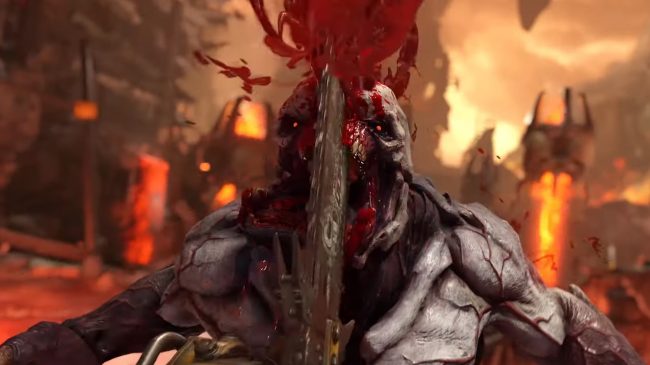 I don’t want to be really cynical, but there was a level of “we love our fans” from this show that kind of felt a little heavy handed, Bethesda have a history of screwing up their games and not having the greatest interaction with fans either.

The stuff here felt vague and not really focusing on their mistakes. As for the content of the show. There were three games on stage I was genuinely interested in. Two of which had no gameplay associated with them, and really only grabbed my attention based on their promise.

Bethesda have some colossal franchises behind them, ones that could blow everyone else out of the water. But they’re a publisher that only hit heavy every now and then, meaning that most of the time, their shows feel a little lacking. Aside form a particularly rowdy crowd, there wasn’t much memorable about this one.

Except Doom, which looks totally badass.

Why not check out my highlights from the other shows while you’re at it:

4 thoughts on “E3 Week 2019: My Highlights from the Bethesda Press Conference”