Ubisoft always hold the show that brings a theatricality to their stage. While we’ve mostly moved away from the older, cringeier form of press conference that were physically painful to watch, Ubisoft still seem to hold onto those days with some degree of nostalgia. Which I guess I can appreciate.

But this is prime bingo card territory, so if you’re waiting for live music/dance performances and in-game coms taking everything way too seriously during gameplay trailers, Ubisoft is the place to be. And honestly, sitting here about to start watching it, I really have no idea what they’re bringing to the table.

So there’s nothing more to do but dive right in: 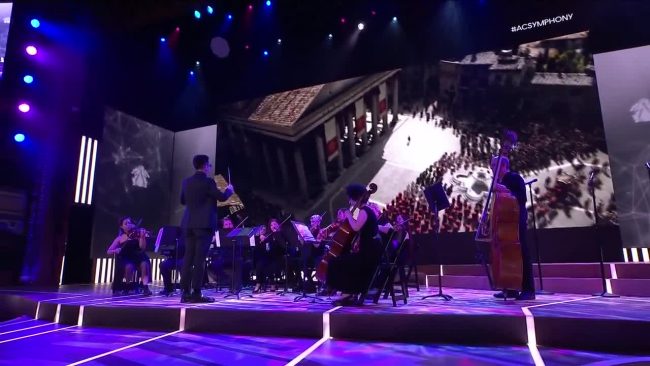 Mark that bingo card, because right off the bat we’ve got a live orchestra playing music from Assassin’s Creed. They’re there to push a live tour of music from the franchise, which is cool. Being honest though, the music from this particular franchise has never really stood out to me. It’s good music, but always kind of blends into the back ground.

It goes on for a while though, and I’m really torn. I do give Ubisoft props for doing something different during their show to stick out, but as a person watching from home, I’m kind of impatient to get to the part about the games.

I guess it’s a nice treat for the people in attendance, but I’d imagine the game press in attendance probably feel like me and are waiting to hear some cold hard facts and some headline worthy announcements. 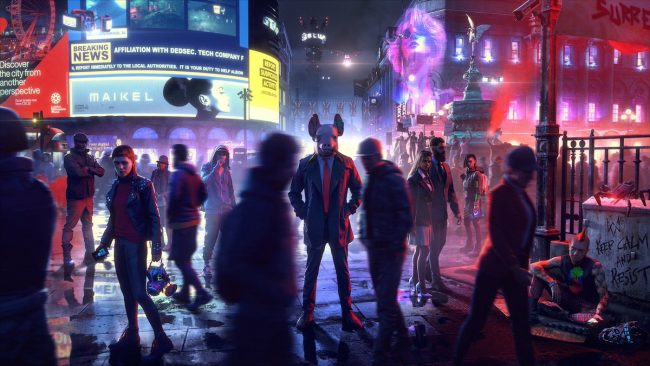 It looks like Ubisoft are starting the show with their biggest title for the year. And it starts with some game play. As much as an American interpretation of the U.K. never fails to make me laugh, this authorisation, high technology version of London does look cool in execution.

Personally, I bounced off the first Watch Dogs really hard, thus was still stinging a little by the time the second one came out. I never played it, despite it supposedly being a lot better. With the pretty ambitious changes surrounding this new game, they might have be on board again.

With the game being set in London, I kind of hoped it would be more focused on melee combat and strategic hacking, rather than gun play. However, the trailer does show that there are still guns, so it’ll inevitably devolve into a cover based shooter at times. That being said, the John Wick-esque finishers when up close look cool as hell.

My main take away from this presentation is that I have more questions about the game than answers. The claim is that any NPC in the game has stats and perks available to them, thus can be recruited and turned into a player character. Which seems ambitious as hell, I have to wonder how they actually work that in practice. 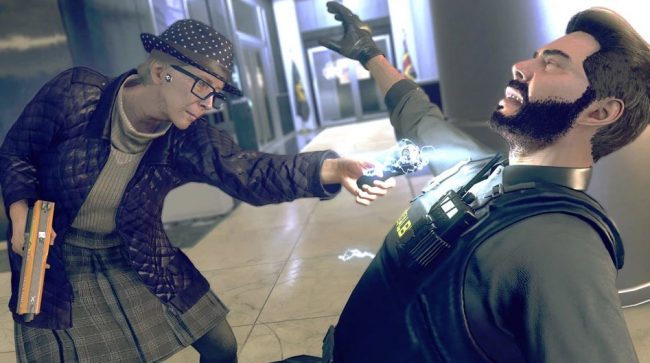 Mainly in terms of story and dialogue, how many different people did they record dialogue for? How many wiry white dudes or murderous granny’s will I play before they start to feel interchangeable. If anything, the open questions left at the end of this presentation make me interested to investigate the game more.

And for a long time, that’s it

A pretty lengthy portion of the show looks into games that fall under the Tom Clancy umbrella. I’ve tried to get into a lot of these games, with very mixed success, but nothing shown here really grabbed my attention.

I was struggling to keep my attention on the show itself through most of this if I’m real honest. As harsh as that may sound, but at times I didn’t even realise they had started talking about a totally different Clancy game. They all just run together.

What I did manage to pluck out of this was they’re adding a new James Bond inspired operator to Siege, which I understand is an incredibly popular game. They promoted a new Wildlands DLC featuring Jon Bernthal, who brings his dog on stage. 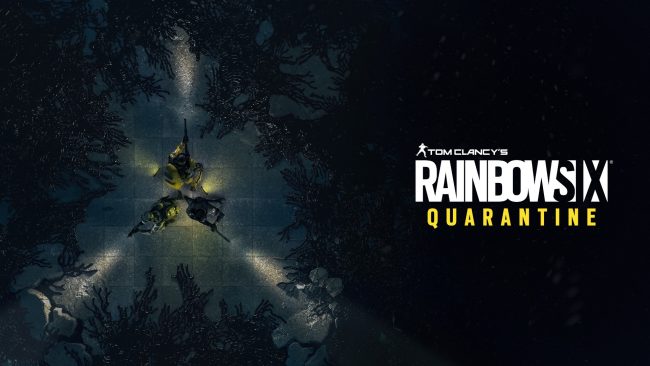 And boy, that’s a well behaved dog. Very impressed. Which is more than I can say about the games. I heard a Terminator theme play too, so that movie is pretty desperate to succeed it seems. Then there’s a phone based tactics game, A For Honor expansion and a game called Rainbow Six Quarantine.

There’s not a fat lot of game play being shown for most of these games. Which is maybe why I am struggling to separate them in my mind. It’s all cinematic trailers, which are fine normally, but when you have a whole slew of similarly named and styled games, maybe you should really show a big of game play so knobs like me can tell which one is which.

Then they get some people on stage dancing for Just Dance. 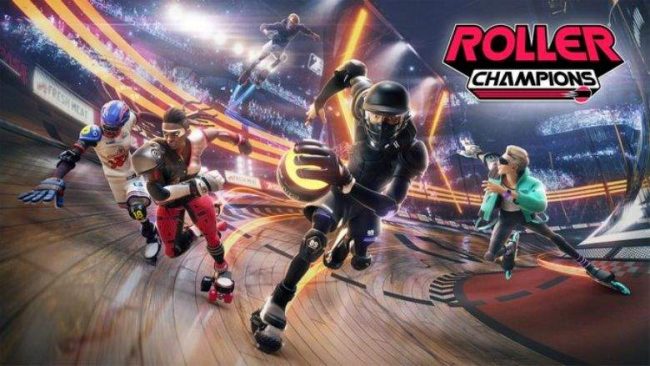 Despite not being my style of game, I was so happy for a change of pace when this popped up on stage. Looking like a game based on a combination of roller derby and basketball, the bright cell shaded look of this game drew me in.

Right away, this game looked like one made to appeal to the Rocket League crowd. I don’t mean that to be disparaging. It’s got a nice look and from what I’ve read, it does have a easy to learn, difficult to master gameplay style. Much like Rocket League, I’ll be keeping my eye on this one.

The finish the show by revealing a new game from the people behind Assassin’s Creed Odyssey specifically, I don’t know if that counts Origins also, because I played on of those game…

Anyway, upon first glance, there are strong Breath of the Wild homages in the visual style of this game. Which is enough to turn my head. That game had a stunning visual style. And honestly, they didn’t show a fat lot concrete for this game.

But based on the very little they did show, it might be the game of the conference I am most intrigued by. Maybe I’ve just had my fill of gritty, realistic shooters…

This was a bummer, eh? Basically nothing they showed felt like a game I wanted to play. As cool and ambitious as Watch Dogs looked, I’ll be honest with myself; I’m not going to play it. There are a crowd of people that love these kinds of games, I’m simply not one of them.

There wasn’t much new on this show either, it was a lot of them revealing support for their existing games, which I’m sure is great news for the people who play and love those games. For me though, this show basically provided nothing to get my teeth sunk into.

Even the stage show itself seemed a little toned down compared to previous years. They had some wackiness for sure, but not to the scale they have previously. Once again, I guess I could chock it up to us being between console generations now, and much of Ubisoft’s muscle is being focused on that.

And whatever happened to that pirate game they were making?

Why not check out my highlights from the other shows while you’re at it:

4 thoughts on “E3 Week 2019: My Highlights from the Ubisoft Press Conference”