I guess, seeing as how I did this last year, I might as well go again and pluck my highlights from the major press conferences at this year’s Electronic Entertainment Expo. Y’know, if feels like the biggest discourse surround E3 these days is is continued relevance.

END_OF_DOCUMENT_TOKEN_TO_BE_REPLACED

In Latin, Parabellum translates as “prepare for war”. Just thought some of you might not be as brushed up on your ancient dead languages.

The first John Wick caught me completely off guard. It snuck up and grabbed me by the shoulders, violent shaking me and yelling at me to pay attention to it. It was understandable that I’d not notice it in a year where there were quite a few movies with <white dude name> as the title.

END_OF_DOCUMENT_TOKEN_TO_BE_REPLACED

When it come to the nostalgic classics of yesteryear, you know what doesn’t necessarily spring to mind as a movie that was in desperate need of remake for a fresh audience. If you guessed anything but Point Break; dude… what the hell. As I mentioned last week in my post about stupid naming conventions when it reboots, I’m seriously wondering why thought it was nessesery to bring back Point Break at all. 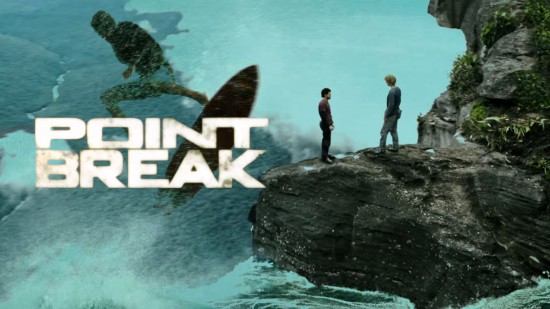 While not a movie of the same caliber as Robocop, Terminator or Star Wars. Point Break was still a movie I personally really enjoy, as do Edgar Wright and Simon Pegg apparently. It’s one of those classic actions movies of that 90s era, but even going back and watching it recently it still holds up pretty well. It’s filled with character, charm and solid action scenes, as well as a number of pretty good performances. So maybe those are the reasons a studio decided to remake it, the sad reality is though, the remake simply lacked all of those positives that I listed about the original. In fact, the remake is almost aggressive in its mediocrity. END_OF_DOCUMENT_TOKEN_TO_BE_REPLACED