With the recent release of Warmind, I’m pretty happy with the place Destiny 2 is in right now. While the expansion might have felt a little flat at face value, the promise going forward is huge and despite the feeling that Bungie can’t seem to do anything right at times, I’m happy to be playing the game again. 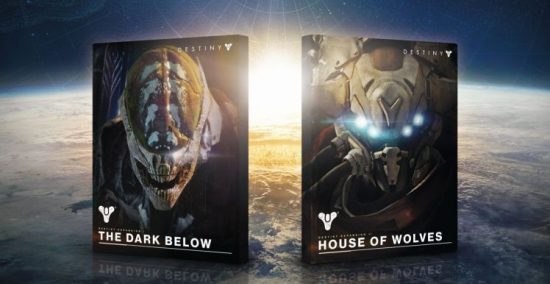 The community surrounding the game though, it feels like this insatiable, impossible to please criticism machine. Every shred of news that pops online is followed by serial comments tearing the game down, or expressing delight that they stopped played they game when they did. Personally, I think many are forgetting that the original Destiny had always been on fire to some degree, especially in its first year.

Destiny’s first 12 months were horrendous all things considered, and yet the game seemed a lot more popular than it is now. It didn’t really drag itself up out of the muck until The Taken King happened as the game rolled into its second year.

So first, lets go back to vanilla Destiny. During those three months in late 2014 where all anyone could do was complain about Destiny’s shortcomings while also finding themselves unable to stop playing it. Sounds familiar right. Without getting too deep into it, the main complaints came in the form of the game’s narrative being overstuffed with faux mysticism, lacking a real arc. The other issue being the need to grind huge amounts of resources from the patrol areas to slowly raise your level enough to participate in end-game content.

With the release of the first expansion; The Dark Below, in Decmeber, people hoped that Bungie could create some stronger tie to the world’s story while removing the need to grind as much. The expansion came with four story missions, two strikes, three crucible maps and a new raid. It might be reductive to boil the expansion down to pure digits, but if I didn’t state them, you might be fooled into thinking there was actually nothing in the expansion after what I say next.

While the storytelling in the original game was poor, it was next to non-existent for The Dark Below. All of the new story came in the form a single new character introduced into the tower; Eris Morn. While little narrative justification there was for the content, came in the form of lightly voice acted text blocks viewed by coming back to Eris between every mission. 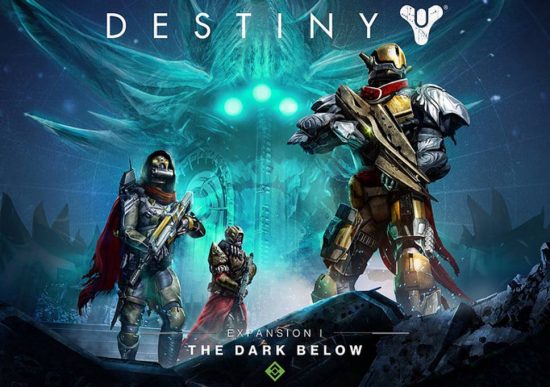 At this point, Peter Dinklage was still voicing the Ghost, and unsurprisingly there were zero new lines from him for this expansion, all of the vocal work coming from a single character. It made the whole thing feel pretty flat when this new event was taking place and nobody seemed to be reacting to it.

So, let’s look at this in comparison to The Curse of Osiris from Destiny 2, an expansion that was also deemed pretty weak by fans and critics upon its release.

Osiris brought eight new story missions, three adventures, two strikes (which were just repurposed story missions), three crucible maps, a new raid lair and a new planet patrol area to explore in Mercury. But most importantly, it added amazing looking cut scenes, a number of new characters and a ton of storytelling and personality (even if it all ended up being kind of repetitive).

Not to mention the efforts to add long term goals for players in the form of the lost prophecy weapons, masterworks and the perfect paradox sub-quest. Sure, The Dark Below had a more substantial and original Raid in Crota’s End, one that actually incentivised play thanks to the powerful weapons it dropped, but the raid was also riddled with exploits, many of which never got completely fixed.

That’s not to say The Curse of Osiris should get a free pass simply because it wasn’t as bad as The Dark Below. But to me, the problems the original Destiny had in terms of basic video game design, its narrative and the laborious grind of levelling up weapons felt far more damning than the problems people have with the sequel. Problems which mainly boil down to an over demanding player base. Osiris might have been light on the ground, but at least what was there was well made.

With that, let’s move onto look at Destiny’s second expansion; The House of Wolves. Pure data breakdown says the content contained six story missions, one strike, four crucible maps, the Prison of Elders, the Trials of Osiris and a new social hub to visit in the Reef.

On the surface, this was received more poorly than the previous expansion, mainly due to the lack of a raid, I personally felt like House of Wolves was a solid piece of content. Aside from adding an additional social hub with a number of new and interesting characters, it gave us the Prison of Elders, a wave based horde mode I really enjoyed. 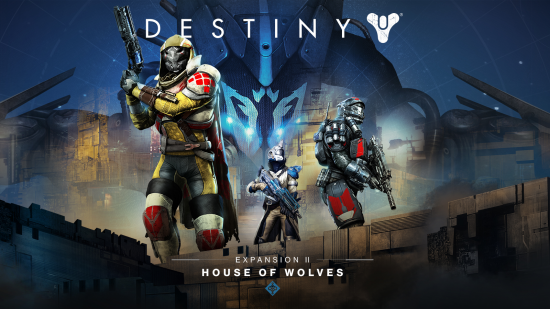 It also, perhaps more significantly, added the Trials of Osiris, which finally created some sort of end-game for PVP players. A place where the best of the best could congregate and get cool new rewards that actually felt unique and hard to come by.

What was easily missed by many critics were the number of quality of life changes added during the expansion. Elements of luck were reduced when farming materials, which had become the bane of many player’s life by this point. It was nowhere near a perfect fix, but was a step in the right direction before Bungie got their act together for when the next expansion came out.

My personal feeling was that Bungie stepped up their game for their second expansion, putting somthing out that was noticeably better than their flawed first attempt, and history repeated itself when it came time for them to put out Warmind, the second expansion for Destiny 2. I’ve already spoken about Warmind pretty recently.

So number first, five story missions, three strikes (two of which are repurposed story missions), two crucible maps, a new raid lair and a new patrol hub in Mars. This might not seem like a lot at face value, but along with the expansion came a whole slew of other general changes to the game that made continued play more welcoming.

A total rehaul of the crucible ranking system, adding valour and glory gave us a point to continues play of PVP, the new planet was packed with additional quests and secrets to find. Masterwork exotic weapons rebalanced the game to make exotic weapons feel powerful again. A lot of this content was available to players who don’t pick up the expansion, but it needs to be spoken about in the same breath.

Both House of Wolves and Warmind worked to retool progression, added new ways to play the game as well as bringing significant rehauls to the PVP content, revitalising it and giving people more incentive to play the modes. They both came out at times where people were highly critical of the franchise and Bungie knew they needed to do something to get people back on board. In terms of me personally, I feel like they achieved this on both occasions.

Of the two, I’d be tempted to lean towards Warmind being the better of the two expansions. But that’d most likely be because I’m playing and enjoying Destiny as a direct result of it. In actuality, looking back at House of Wolves, that was the expansions that actually got Destiny’s hooks embedded deep within my fleshy psyche in the first place. At this point in the original Destiny’s timeline, I was running both raids on a weekly basis, playing the Prison of Elders challenges and avoiding the Trials of Osiris at all costs because I was a basic bitch.

I’m too close to Warmind to really make an honest choice between them right now. The funny thing is, both expansions were met with pretty lukewarm receptions at their release, despite the fact that both of them managed to revitalise my love for the game at the time.

That first Destiny was a flawed video game product. It got by on its tight and responsive gameplay, as well as Bungie’s unique take on a MMO/FPS hybrid. Destiny 2 exists in a landscape it forged for itself, seeing other games coming and filling the same niche while the niche itself becomes less interesting and people move onto the next big fad.

In comparison to the first Destiny, the sequel is far better video game. Where people get hung up on it though is that it’s not a “Better Destiny”. The big issue with Destiny right now is that its players want it to be something that it can’t ever really be. They want their first person shooter version of World of Warcraft, and that’s never going to happen with this high budged, big publisher owned game.

The first Destiny gave more of the illusion of being this because of its longwinded grind to level, making the raid all the more enigmatic as so many people never levelled enough to even attempt it. Destiny 2, on the other hand, is criticised for not having the legs to keep people playing for extended periods of time, but this problem comes around as a direct result of them fixing one of the major problems in the first game.

Don’t get me wrong, I still have issues with Destiny 2 and the choices Bungie made when developing it. It’s why the game appeared on both my best games and most disappointing games lists of 2017. That being said, I feel like Bungie themselves put too much stock in the complaints of the player base when making their choices going forward. They seem to have a strong vision going forward, thanks to the roadmaps they publish. But I worry that they bend too much for the whims of their play base.

Destiny expansions have been systematically disappointing and ambitious. I’d say that Destiny 2 probably has the edge in terms of its flaws being far less damming than those of the original game had, especially the Dark Below.

I’d say I’m the unusual case for sticking with it for so long. But Bungie have always made Destiny with the goal of it being a social game. And if I didn’t have a number of friends to play the game with regularly, I probably would have fallen off long ago too. The game doesn’t feel as important as it once did, but it’s a four year old franchise at this point. People move on.

I am looking forward to seeing what is announced at this E3. Considering history has repeated itself to some extent between the first Destiny and this one, the D2 equivalent of The Taken King should be something to keep my eye on.