I didn’t actually forget to post this earlier. I was just really busy. Really busy playing Titanfall. I had the thing written out already I swear. All I needed to do was add an image or two and click upload. It doesn’t matter, I still have a couple of hours to spare. Here’s number 3.

I’ve been banging on that Nintendo and Game Freak should mix up the mainline Pokemon games for a while. For six generations of games over five different handheld console generations, the games have been a mainstay and stuck relatively closely to their base formula. Some games have defiantly been better than others though, and with Pokemon Sun and Moon I was really hoping they’d push that envelope even further. 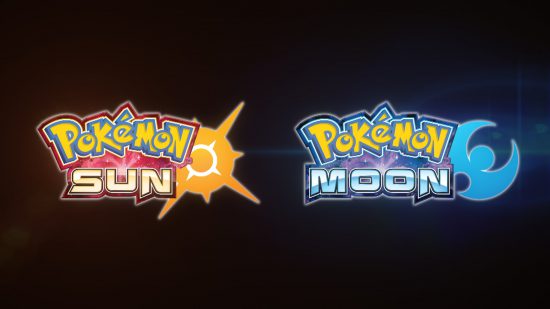 Pokemon is, at its heart, a children’s franchise. The Televsision  show, the merchandising, the dozens of spin-off games. The vast majority of it is aimed towards younger children. Despite that, the actual bulk of the money spending fanbase are probably in their 20s and 30s now. I was ten when the first Pokemon game came out and like many people who have enjoyed these games over the years, are well on their way to their 30s. Would it be a little too much to ask that the game’s cater to us older fans a little more as the series grew with us, not despite us.

Well, I suppose I got my wish, because not only is Pokemon Sun (which is the one I played) the best entry into the series to date, its one that really tries to mix up what you expect from a Pokemon game and stretch itself in a number of ways.

Like previous Pokemon games, you start a journey with a single starter Pokemon and travel around the region, completing challenges and defeating criminal organisations along the way. In that, it’s not a whole lot different, where it does differ is when it messes with expectations and creates a story you actually want to see driven forward. Gyms are gone in this game, replaced with different (but still very similar) Island Trials.

In broad strokes, the game is mostly the same, but it’s the little things that make all the difference to me, and will be mostly inconsequential to newcomers off the back of the Pokemon go hype. The little things aren’t the only difference though, the game is pumped up more than the series has done before with much better backgrounds, music and graphics.

It wasn’t till I loaded up Pokemon X again that I realised how much better this game looks, despite being on the same system. Character models are no longer the “chibi” style over world models and everything is much more consistent. On top of that the Alola region is probably the first region where the entire thing is your playground. anything you can see, you can probably get there. It’s a nice place to be, accompanied by some good sound mixing that makes the word seem alive. 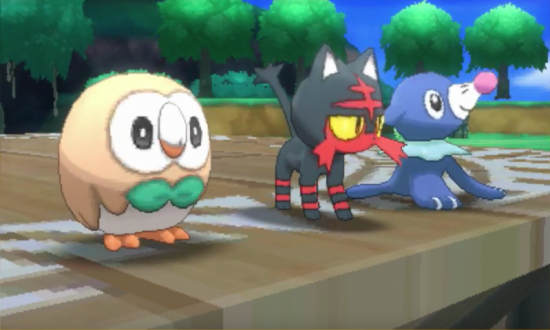 The game is filled with a lot of little, helpful additions to help people not deeply ingrained into the series progress with more ease. A map adorns the bottom screen, which constantly marks the next location the game wants you to go, preventing players from ever getting lost. Additionally, after the initial encounter of a Pokemon for the first time, the game remembers their type and will show you during battle screens exactly which of your moves will be effective as well as giving constant data about stat changes. It’s way more user friendly and while I wanted to turn my nose up at these changes to begin with, I found them pretty useful in the long run.

One other change I appreciated in this game was the writing. The game felt like it was catering to a more mature audience in a lot of the way the dialogue was written. After the initial game, all of the squeals did their best avoiding topics such as death and the more animal aspects of the Pokemon. Pokemon eat Pokemon again, people die now and child abuse is a thing. The writers moved away from the world domination plans of the previous villainous teams and gave us, instead a villain who is very just much a nasty piece of work, with a lot of influence, twisting everyone around them around her little finger, including her children.

Not since Black and White, which I held as the game with the best story until now, have I actually been this invested in the story of the games as well as the charterers. I don’t know if I’d hold this one above Black and white on their story alone, but the improved graphics, added mechanics and ease of life additions make me recommend this game to any lapsed fan or interested party, it’s a great jumping back on point for anyone. Anyone who actually has a 2/3ds I mean.