Played on Xbox One | Released 13th May | Developed by id Software

What an absolute thrill ride. I’ll tell you now, I have no nostalgia for the original Doom. It just wasn’t ever on my radar. So when video game websites and journalists were all talking about id’s upcoming remake, I wasn’t really all that interested. It was only when it came out and there was this rumble of shock and excitement that the game wasn’t only not terrible, it was meant to be good, that I thought I had to give it a go. 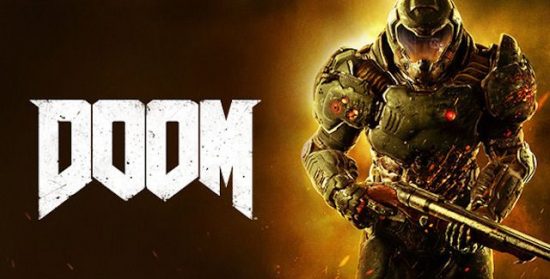 Well, boy am I glad I picked it up because DOOM is quite possibly one of the best first person shooter campaigns I have played in my life. Lightning fast paced and filled with over the top gore and violence, id approach the new DOOM with a glee and self awareness that made me say “yes!” out loud on several occasions. I mean, the name is in all caps, you know it’s serious when there’s no room for lower case.

In a world where shooters have become somewhat plodding and methodical, DOOM has created a style of gameplay where if you stop moving, for even a moment, you’re going to die. Rather than crouching in some cover to recharge health, you restore your heath via killing. You gain even more for getting glory kills on enemies, all of which as satisfyingly visceral. As a result, your health is going up and down constantly. Meaning every combat encounter is an exhilarating ballet of death and mayhem. That, coupled with the thumping soundtrack makes the game a real blast.

DOOM is a surprisingly stylish game, it is filled with homage to the original game, but isn’t afraid to do new things and actually toy with your expectation of modern shooter campaigns. The Doom Marine is, at several points in the game, ordered to go somewhere to do something, but at every opportunity he shows his dissatisfaction for being placed in a position where he has to follow instruction and will punch monitors and destroy valuable technology because “fuck it, why not”. 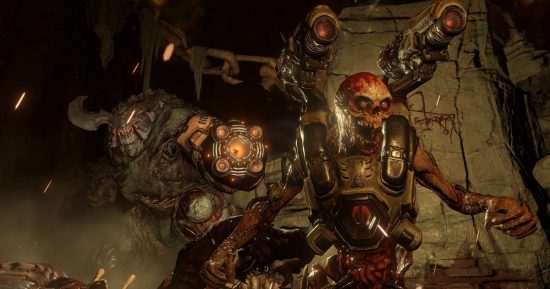 Surprisingly, the has an open plan, making the locations of combat encounters feel like multi level arenas, rather than closed corridors. It being laid out like this means it is packed with secrets and unlockables. Exploring each of the games’ pretty expansive maps is still fun as the Doom Guy seems to run around a 60 miles per hour. Adding a more vertical aspect to the maps and combat that I understand didn’t exist in the original games. The game has a good mix of exploration and exhilarating combat that gets your blood pumping as you rip the demons of hell into tiny pieces.

The game also contains online multiplayer. I never touched it, I’m recommending this game purely on its campaign alone. Hell, if I hadn’t put so much of my time into my number one game this would have easily taken the top spot. You should play it. As soon as you can.