I’ll be honest, I almost forgot to post this one today. I think I automated it last year, but hey, guess I’m just not as organised as I was this time last year. Nearly at the half way point and now I get to what was probably my favourite game of the year on the PS4. But first the traditional links/recap.

You know what I could do with every now and then. A dumb action platformer. You know who makes a real good one of those: Insomniac. I’ve unknowingly been a fan of their since my youth, being obsessed with the Spyro games as a young’un and then loving the first trilogy of Ratchet & Clank games on the PS2. I even thought Sunset Overdrive was a underrated gem when it came out a couple of years ago. So you can bet your ass I’d be on board for a return to the original Ratchet & Clank in this re imagining of the original game/cash in on the unsuccessful movie. 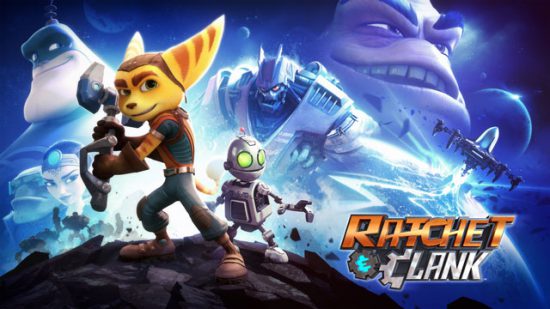 I kind of feel that the game was purely released to build up some hype for the accompanying movie that came out this year by the same name, a movie I didn’t see but have been assured it is total garbage. The silver lining of the whole thing though is that the remake on PS4 this year was absolutely fantastic. I don’t know if efforts were skipped when it came to the feature release, but no expense was spared when it came to this game.

I like a lot of things about this Ratchet & Clank. It did it for me in a number of ways. First of all it looks absolutely gorgeous. Each of the environments are bright, expansive and filled to the brim with visual humour and little nooks and crannies to explore. Every planet feels diverse and it looks like a hell of a lot of love and attention went into designing each and everyone of them. Which brings me to the second thing I love about the game. It is absolutely packed with character and charm. The writing is great and while the older games were always funny to me, there is a whole new layer of meta humour that really brings it up to modern sensibilities. It pokes fun at itself a lot, as well as the gaming industry and culture that has evolved around to great effect. On top of this, all the characters are well represented.

Captain Qwark is as amazing as he was in the original game 14 years ago. Playing the Zap Brannigan role hilariously. 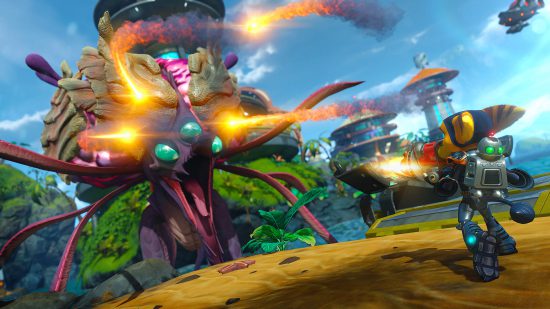 But beyond all that, if you push past the stunning visuals and the great writing, if you really just focus on the meat and potatoes of the game, it’s still fantastic. The weird and wonderful variety of weapons that the games are known for return and are changed around. Not everything is as you remember it in the original games, this goes for both the story and the weapons available within the game. It’s not a simple re-skin of the older game, its totally new from the ground up.

There is still room in the world for action platformers, a genre some thought would have died out with the PS2. Ratchet & Clank is one of the very best and well worth picking up. I enjoyed it a lot both the first, second and third time I played it through.