I’ve been watching a lot of anime these past few weeks. Some of it out of pure enjoyment, some out of the tense obligation I’ve created for myself to write a series in which I review three episodes of a new anime and decide whether I want to continue it or not. During this time, I’ve found myself jumping onto my favourite series as soon as an episode comes out, catching them once a week.

While other shows have been ones I’ve just watched back to back to back. Doing all of this, I’ve noticed that how I respond to an anime does seem to be impacted by how I consume it. In fact, there have been some shows I’ve really loved this year that I’m not sure I would have felt the same way about had I not binged a ton of it beforehand before catching up.

So it begs the question, is there a “better” way to watch anime?

Of course, the easy answer would be that it’s different for everyone. Everybody has their own habits and preferences in how to prefer to consume their media. That doesn’t always mean there could be a better way for them. They could be stuck in a certain way of thinking without even realising it.

Let me give myself as an example. As a general rule, I like to watch anime week to week, as the episodes release. I do this for a number of reasons. First off, this blog has become something of an all-consuming drive behind most of my choices when it comes to consuming media.

If not for that little voice in the back of my head, itching me like an insect bite, constantly questioning whether I could write something about everything, I’m sure I wouldn’t be consuming anywhere near the variety or amount of shows or video games I am right now. And so, there is an innate desire to “keep up”, to be up to date with the things I’m watching so I can possibly write something about it while it’s in the potential audiences consciousness.

I’ve seen the results of this on my blog first hand, as every time a new chapter of the Dragon Ball Super Manga comes out, my analytics tells go through the roof. The need to keep up isn’t a purely mercenary one though, there is the social aspect of the whole experience too. While I don’t know personally a single person in my real life who watches anime at all, I follow a significant number of people on twitter, Youtube and here on WordPress who’re all watching the same things I am. 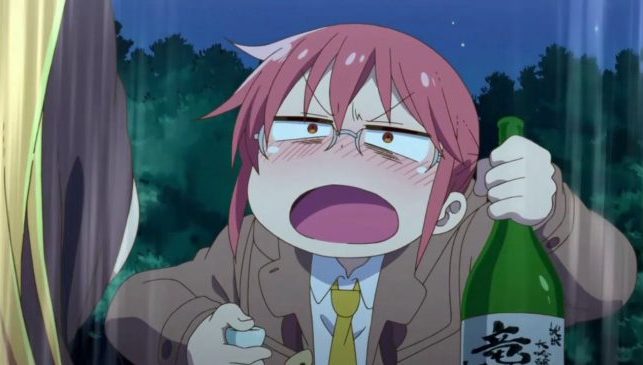 While this certainly is a sad substitution for genuine human companionship, I don’t want to feel like I’m being left out of the loop. Reacting and interacting with people who are consuming the same media as you, at the same pace as you has always been one of the big appeals of event television. Watching an episode and then all talking about it, reacting to it and memeing on it is one of the basic joys of modern fandom.

There’s a strong desire not to feel left out borne from it. Something that isn’t particularly essential to the anime watching experience, but it something that is nice to have. I have enough self awareness though to not get swept up in a tide if I don’t have to. Speaking of self awareness, there is one other major reason that makes it so I can’t afford to let anime build up to watch in one big binge session.

I know myself, and if I let an anime build up to a certain extent, then I know for a fact that It’ll be as good as dropping it in my mind. It happened a couple of seasons ago with Keep Your Hands off Eizouken! and it’s in danger of happening now with Digimon Adventure. A mounting backlog and be an intimidating thing.

In no small part due to the fact that the backlog never stops growing. The more you end up falling behind, the more daunting the task of catching up on the things you were already kind of on the fence about. And thanks to the nature of anime’s never ending seasonal format, you’ve always got something on your plate to stop you from going back and catching up on those 4, 5 or 6 episodes of that show you never finished. Or God forbid you have 8 or 9, you might just cut your losses.

That is, unless a show can hit me in just the right way. I’ve spent all of this post so far arguing as to why it’s better to watch things on a week by week basis. Rather, I’ve been justifying why I watch anime that way for my own sake. Because there have been shows that I’ve picked up after the fact, or gone back to after a long break that have grabbed me in a way that I’m not sure I could have handled and felt about them the same way having to watch them with such a gap between them.

The most striking example I can think of off the top of my head is when I watched Miss Kobayashi’s Dragon Maid late last year. I picked the show up on a whim and just drank the whole thing up in a few days. Falling in love with it in a way I’m not sure I would have been able to had I watched it spaced out.

You could argue that it’s better to consume a show with a break between each episode. So you’ve better able to digest and deconstruct the events of each episode before you jump into the next one. I mean, that’s much easier to do with massive, event television like Game of Thrones. Where you’ve got people all around you breaking down each episode to an almost microscopic scale.

But to me, binging an entire show puts me into that world and keeps me there. And I think, better prepares you for whatever is coming in the next episode. Finishing an episode puts you in a receptive mental state; the characters, their personalities and the events are all fresh in your mind and rich in your feelings. Thus, when you jump into the next one, there isn’t a re-acclimatisation period to get yourself back on the rails.

Thus, you spend more time, mentally, on the same wavelength as the show you’re watching, and less time reminding yourself where you were both in terms of plot and how you felt and connected to the characters on screen. To give a less anime example though, shows that end on cliffhangers every episode are a binge watchers dream.

Ahriu No Sora, an anime that loves to draw out its basketball games, is a show I have switched between watching week to week and then binging three or four episodes in a row during its run. And as much as I have come to love the show, those times where I could just string a bunch of episodes together, especially during a game in which it loves to end on a dramatic moment is heavenly.

All that being said, with that particular series being into its 40-something episode at this point, I don’t think there is anything that could have convinced me to start watching it now, with such a backlog acting like some monolithic roadblock before me. Because I know myself, and with nobody to nag me to power through and realise why I love the anime so much in the first place and then binge it all anyway like with what happened when I watched Hunter X Hunter for the first time.

For me personally, I feel like I better consume an anime when I binge it. With my crappy memory being as it is, being able see a full season unfold while I never leave the “moment” provides me a much better viewing experience. But logistically, I simply don’t have the spare time or the lack of personal commitment to this blog to wait a whole season out and watch everything in big five hour chunks.

Seeing as how I also need to play the video games and watch the movies I also want to write about on my blog. If I had a larger circle of friends around me who I could have that shared experience with, watching shows week to week, then maybe I would relish watching anime in that way more. But I’m an introverted writer who doesn’t think anyone I physically know cares about nerd culture at all, let alone anime specifically. So I make the best of the situation I’m in.

But what about you guys? Anyone think there’s any aspect of this discussion I’ve missed? How do you feel about watching weekly vs binging a whole series one go. Please leave your comments and let me know. I’d love to hear your take one all of this.

5 thoughts on “Is there a best way to consume Anime? – Binge vs. Episodic”