Throughout this whole arc, Meerus has been a point of contention for me. With this chapter, my various suspicions of him are starting to take form. It’s not just Meerus though, within this chapter sees further development of our main cast in the build up to the final confrontation with Moro which now seems to be coming over the distant horizon.

With our heroes all split up, this chapter takes a three pronged approach to what’s going on. We see Vegeta arrive at the planet Yardrat and all the aliens we recognise from Goku’s flashback all those years ago are mere background dressing, replaced with Yardratians of a different sort.

These new, very plain looking little aliens really remind me how a lot of Toriyama’s desgins have simplified over the years. You look at the many different aliens throughout the Freeza Saga of Z and compare them to the likes of these aliens, Jaco and even Jiren. It’s funny that, despite his self admitted tendency to be a lazy artist, he only made his designs more basic when he wasn’t drawing them anymore. 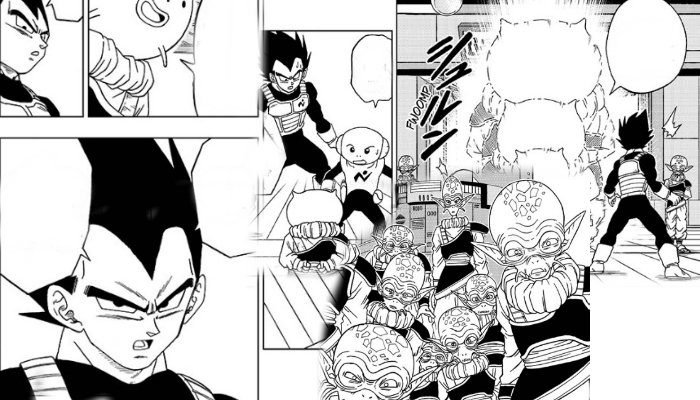 Upon meeting the elder of the planet, he reveals to Vegeta that they have no techniques to impart on Vegeta. Rather, their powers come from a more refined form of Ki control, and through improving his own, Vegeta can discover stranger and less conventional powers.

Am I the only one who sees this as a step backward? Aside from instant transmission, many of the techniques that come about as a result of this control have been knocking around since the days of original Dragon Ball. Tien’s multi-form technique and Piccolo becoming giant during older World Martial Arts tournaments. I can only imagine the manifestations of Vegeta’s own powers will be something unique rather than him playing the latest game of catch up I’ve ever seen.

Meanwhile, Goku and Meerus go off on their own, leaving the Galactic Patrol even more understaffed than before. The executive decision being to draft even more recruits from Earth, starting with Piccolo. On Earth, the trio from the very beginning of the arc are getting knocked around by said Namekian. It’s a cool scene that makes good use of Piccolo’s unique powers. However, the softening of Piccolo’s spirit over the years seems to become a detriment for the first time. 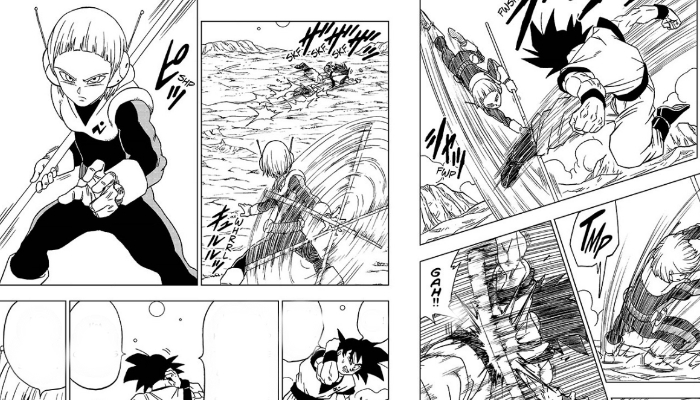 While the Piccolo of old would not hesitate to wipe these three troublemakers from existence, the present day Namekian makes a pretty short sighted decision to let them go. I get that the story needs to get Moro to Earth at some point, but Piccolo should be smarter than this. His mercy turns into something he’ll regret, as before he can rectify his mistake, the trio manage to send a transmission to their boss and put Earth on Moro’s radar.

While it’s only enough to make him sent a more elite task force, when they inevitably get beaten down, his attention will most certainly be on the planet. Inevitably, it’s going to to turn into another example of the waiting for Goku (and Vegeta) show. I’m suddenly getting preemptive flashbacks of the Resurrection F movie. I kind of hope it isn’t quite that on the nose.

The final segment of the episode shows a brief interaction between Goku and Meerus, which is the thing that really makes me think there is something connecting the elite patrolman to the Angels of the Gods, maybe even the Grand Minister himself. Aside from his power, he seems well aware of Ultra Instinct and Goku’s desire to re-attain it. Taking him into a Room of Spirit of Time like the one on the Lookout, only it only dilates three days onto one. 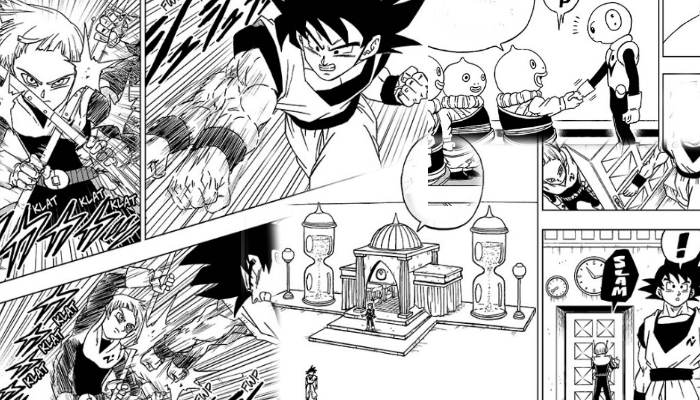 For a moment, I thought Meerus might be the Grand Minister himself, disguised as Kami was during the 23rd World Martial Art’s Tournament. Although his direct intervention into the events with Moro seems contradictory to the Angel’s remit, as per Whis’s description. But there has to be a connection there.

The potential for the future with this episode it certainly intriguing. It could potentially diversify Goku and Vegeta’s fighting approach even more. It’d be nice to see Vegeta delve even deeper into being a strategic and tactical fighter as Goku inevitably reattains Ultra Instinct, which at this point really does seem like a hard plateau for strength in the franchise.