I almost feel guilty when it comes to writing about Destiny these days. I always envision the people who follow my blog rolling their eyes and thinking here we go again, old man getting up on his soap box. But right now is Destiny time; we’re a few weeks into a new expansion and I just needs to address it.

Not just because it’s the game that is my obsession, but because Shadowkeep is something different for Destiny. It’s their first major expansion since Bungie parted ways with Activation, meaning they’re freer to pursue their own vision for the game without pressure from the monolithic company above them. Of course, that means they also need to do so on a much smaller budget.

And having spent a few weeks with Shadowkeep now, it really does feel like a major shift in the direction of Destiny. While from my perspective, Bungie were amongst the first to kick off this big “perpetual game” trend, they were by no means the ones to perfect it.

As much as I don’t especially enjoy playing Fortnite myself, I can’t help but respect and appreciate what it and the people at Epic have achieved in making the game into an ongoing, developing story line. Not in an actual narrative sense, but how they make small, constant changes to the game to keep it fresh and make it a constant talking point. Like the last few weeks, where they had a literal big crunch, followed by a big bang that essentially rebooted their universe.

While I don’t play Fortnite, it’s impossible to exist in the same online circles and not know all about what they’re doing. And based on the changes I’ve seen Bungie make to Destiny since Shadowkeep dropped, it’s difficult to ignore where they drew obvious inspiration.

One of the major changes is something veteran players might not know anything about. To accompany the release of the new expansion, Bungie make the entire first two year’s of the game’s content free to play. While that might seem like an intimidating prospect; throwing new players into four consecutive campaigns to catch them up with their friends, that’s not how the game works anymore.

Instead, new players are dropped right into the very first mission pulled right out of the first Destiny. After this brief introduction to the world, they’re plopped into the tower at 750 power within an approximation of what is essentially the current endgame. From there, the experience is like that of most current players, in which there are a pretty huge variety of things to participate in and it’s just up to the player what they want to do.

On boarding was already a difficult prospect for a franchise that’s been going pretty much non stop for as long as Destiny has. While I still think the game is intimidating as all hell to newcomers, this at least is a step in the right direction.

That’s the experience for the new player; but what’s there for older players? First off, there is still some narrative to play, with the new content introduced on the Moon and the return of Eris Morn. This content is the part of the game not available to those playing the free to play version of the game. While there are a series of missions to play like the expansions of old, they simply feel like an introduction to a very long story that is going to unfold over the coming year. 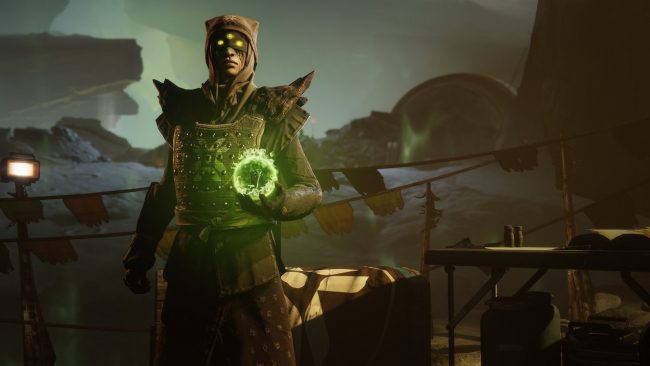 Once these missions are over, the story becomes more spaced out, revealing itself piece by piece as the weeks wore on. It’s similar to something that was done in the Dreaming City with Forsaken last year, however, this feels like it’s going to change with each passing week rather than being on a four week cycle like the Dreaming City was. The game is taking on a much more “seasonal” approach to it’s content, supplementing it’s already substantial playground with a “little, but often” approach to new content.

My use of the word seasonal was no accident. As well as having the new content on the moon, players are also being provided with a literal season pass alongside the new content. This pass is the biggest change in Destiny’s direction for me. While last year was split into four seasons of content, this year it seems those seasons are taking more seriously as unique gameplay experiences. All xp gained goes towards this pass, which makes all content feel suddenly worth doing again, even if they don’t provide you with powerful rewards.

Aside from levelling up your pass, which provides players with a steady trickle of rewards, all experience also goes towards levelling the new artefact item, which seems to significantly impact how player’s will build and customise their characters in the coming seasons.

Armour has significantly been reworked with this expansion, adding even more RPG elements to how players build their characters. While the full extent of the potential grind this new armour system will end up being hasn’t truly expressed itself to me, the armour mods within the artefact already have a big impact on certain favouring certain elemental sub classes and weapon types, which are almost a requirement for the new content being rolled out with this expansion.

It’s interesting, because when this season ends, the artefact is lost and replaced with a new one, which in turn will be full of new mods that’ll change the way we play.

Because of all this, as of right now my entire approach to Destiny has changed. In years gone by the first few weeks of a new expansion felt like a mad rush to get through the story and then to the level cap in order to raid. Now, there doesn’t feel like such a time constraint. I feel happier playing the game at my own pace. Sure there are limited time events like the Iron Banner and the upcoming Festival of the Lost that’ll force you to participate for the fear of missing out on something. But everything feels more chill all around.

In years gone by, I experienced a period of powerful burnout on the game leading up to a new expansion. If these new seasonal content roll outs continue in a timely manner then I feel like Bungie might have hit on a perfect balance of people actually playing their game in perpetuity along with any other game they’re playing. Or at the expense of other games in some cases. It’s early days yet, but this new approach to content roll out is intriguing, and I hope it’s a sign of Bungie continuing to grow and build this damn world I have been lost in for the past half decade.