This spring season has been a slow burn for me. With nothing immediately jumping out and dragging me in with cold, clammy hands. I had to search out which shows I wanted to invest my time into through… recommendations. Seriously though, without Youtube not throwing  especially cute shows at me through their algorithm I ended up finding Demon Slayer through a different kind of grapevine: Human interaction!

While it it initially just seemed like just another dark fantasy series, the thing that actually got me was the show’s opening, as shallow as it seems. With a striking visual style, adding a painted water style to the sword swings of the main character in combat. Luckily for me, a few episodes later this visual effect wasn’t just a part of the opening. I guess that’s the whole point of an opening though, to draw you in.

Based on a manga from Shonen Jump and with Ufotable the studio responsible for bringing the anime to life, Demon Slayer might have given me a gift I never knew I’d find so precious: A Shonen Style anime that respects my time. 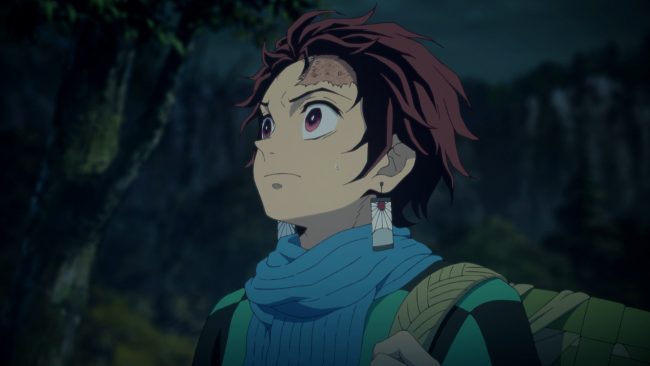 With a Medieval era Japanese setting, except there’s demons. Demons that up and murder the extremely cute family of our Shonen boy hero: Tanjiro while he’s out being the kindest and must useful boy in the mountain. The sole survivor is his sister Nezuko, who survives the attack but has herself become a Demon.

From here, the story seems to bare in the direction of Tanjiro going on the long journey of becoming a Demon Slayer, in a hopes of being able to cure his sister Nezuko of her affliction. Nezuko herself struggles to maintain her humanity despite now having the powers and abilities of a demon. But somehow seems uniquely resistant to the murderous urges displayed in every other demon. 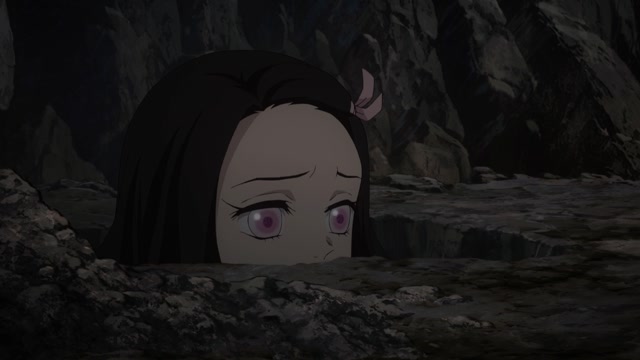 It’s a pretty basic setup all things considered. This style of Shonen story just does it for me; a main character slowly gaining power and going from being a useless dolt to a formidable savour of the entire world throughout the course of the series. I lap this stuff up, however, as I mentioned before, having just seen the first five episodes of the series, it already does something I never new the genre was capable of:

It respects my time.

After just four short episodes; Tanjiro has gone through his life changing trauma, met the mentor, completed his training and defeated a Demon that most other hunters of his level would never be able to. After growing up, watching hundreds of episodes of shows spinning their wheels, packed with filler and meandering their way to where they needed to go, there is something extremely refreshing about a show that get’s feet on the ground and starts running this fast.

Given, this is going to be a 26 episode season, and it might start to slow down. But so far I am already invested. In part due to the quickness of how it gets going, but also thanks to the show’s great visual style. With One Punch Man severely underwhelming me upon its return and Dragon Ball Super looking like it did, I am so into this show’s style.

The painterly visual effects laid over the top of all the named attacks gives everything a stylistic look beyond “wham”, “bam”, “pow” action. Already it’s cute, it’s dramatic and it’s doing what it needs to do in a pretty condense time frame so far.

Not having my time wasted seems like such an old man approach to praising a show. But as I’ve come to think about media more, I’ve come to really understand how less can be more, how it takes more skill to tell a effective, snappy story in twelve episodes than to spread it out over a hundred. 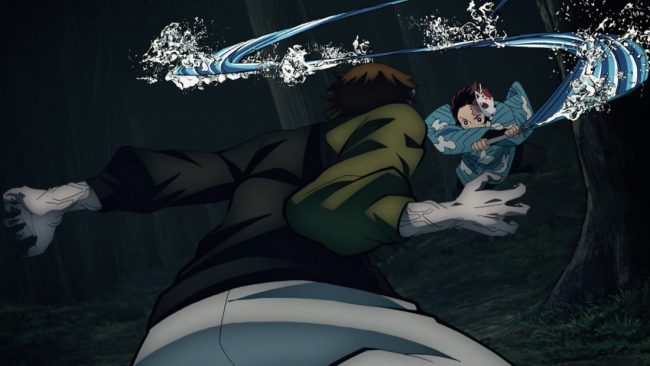 I’m going to be keeping up with Demon Slayer: Kimetsu no Yaiba, whether I do episode by episode reviews of it going forward: we’ll see… I wouldn’t want to waste your time.

3 thoughts on “Demon Slayer: Kimetsu no Yaiba – Breaking Away from the Worst Shonen Trope”