I could spend an entire week talking about Avengers: Endgame, believe me I thought about it. Ultimately though, the majority of bloggers of indecisive subject matter like myself are all doing the same thing, spattered with some Game of Thrones. There was one topic I noticed not many writers were focusing much attention on.

For as great as the climactic ending to Tony Stark’s life was, or as peacefully sweet as Steve Roger’s was, the movie has a pretty massive ensemble cast. Some members of which managed to squeeze more heart and soul into the film than the big, bombastic names that sold the movie.

I’m already talking about the Marvel Cinematic Universe a lot right now, between my revisitations of the movies back from the beginning. So Tony, Steve and Thor will get some focus under the lens eventually. But upon reflection, one of the best things about the MCU and what it’s become is a platform to promote characters that, otherwise, wouldn’t have been able to star in their own movies.

I just want to point out a few of these characters that I haven’t seen get the praise they maybe deserve amongst all the drama surrounding Fat Thor or Old Steve. 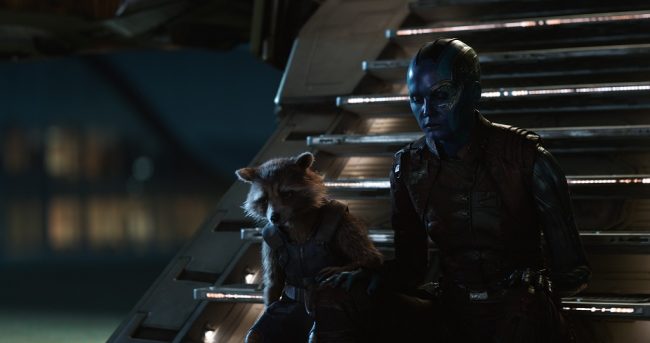 Of all the people to survive Thanos’ epic dusting, Nebula was possibly the most overlooked as of the ending of Infinity War. By the time we get to Endgame, her contribution to events couldn’t be more important. In more ways than one.

Firstly, Karen Gillian is bloody amazing. She’s playing the only real “straight man” of the movie, so to speak. Which makes her stony faced performance all the funnier when she’s put up against the likes of Stark, Lang or Rhodes.

In terms of the plot of the movie, her connection to Thanos is a really important one, not only does it allow them to find him right away and establish the destruction of the Infinity Stones, but it also eventually leads to the present Avengers being found out by past Thanos and eventually leading him into the present through betrayal of past Nebula.

Her conflicted performance, as she plays the sadistic, desperate to please Nebula of the past and the distant, wanting to reconnect with her sister Nebula of the now at the same time, brings Gamora back into events, while also kicking off the biggest, most epic action sequence in the entire franchise.

People don’t praise her enough nor what she contributes to the movie in terms of her presence and her performance, which is the most subtle of the whole cast. My only question is why does she let Gamora leave without her at the end? I guess it’s to build up some mystery as to whether she got erased with the rest of Thanos’s forces. But we know she’s still going to be around in Guardians 3.

She was the real unsung hero of the entire movie. 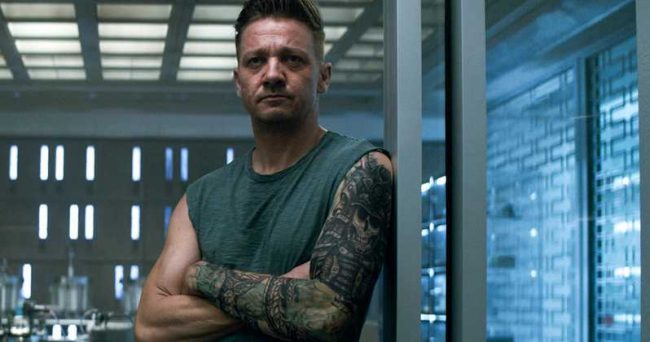 Clint was always something of a joke throughout the previous MCU movies. He’s just the dude with a bow, and he liked to point that fact out more than most. And yet, his arc throughout Endgame is the one that really establishes the stakes which everyone is fighting for.

It’s easy to be larger than life when you’re a god of thunder, a billionaire playboy philanthropist or a super solider lost in time. But Barton is the everyman, we can identify with more than those guys. Everybody lost something when Thanos snapped his fingers, but Barton lost everything.

And Renner is great. He can play intense, but can easily be sweet and likeable too. The fact that his appearances in the franchise have been so sporadic kind of makes his inclusion in this movie all the more impactful, especially when it came to the conclusion of his relationship with Nat in pursuit of the Soul Stone.

When it came to a choice between the two of them, it felt like the perfect two people to be quibbling over who would be the one to die. And honestly, I was utterly shocked by the result. Scarlett Johansson grew into one of the most vital pieces in the shared MCU, being the character who most deserves her own movie. Yet she was the one to die and leave Barton to survive the rest of the movie to ultimately reconnect with his family.

While always low on the cast list, Clint Barton has been a consistently powerful presence in the heart and soul of the Avengers movies. And his contribution towards Endgame is no small feat either, just adding to the bucketload of feels that is the final chunk of that movie.

I spoke about Mark Ruffalo not that long so when I dug back into the Hulk movie he wasn’t in. Just to reiterate, I adore Ruffalo as Bruce Banner. He’s so subtly funny throughout all of the movies, underplaying pretty much everything. While many of the other Banner performances over the years focused on making him as mild mannered and passive as possible.

Ruffalo has a much better approach to the character, by making him restrained. His Banner is a man you can see has something about him, but you can see he is constantly in a state of holding himself back. I didn’t think I could enjoy his performance any more than I did until I saw Endgame.

The MCU’s interpretation of the “Professor” Hulk persona, which just amounts to Banner in Hulk’s body, is amazing. It’s a nice conclusion to the Banner character arc throughout the MCU, showing Banner totally at peace with himself and in a real zen place.

I want to bring him up though because I think Ruffalo is low-key, the funniest character in this movie. His weirdly soft chat with the kids wanting a picture in the diner, to him trying to get the time machine working before Stark shows up to his scenes in New Asgard and everything in 2012 New York.

It’s amazing just how much character work is packed into this movie. And I really hope that Ruffalo isn’t done with the franchise. They’re in dire need of a “brains guy” between the loss of Tony Stark and the eventual introduction of Reed Richards into the MCU.

I might do another few of these in the future, talking about the other individual characters of the movie’s substantial cast, but with my MCU rematch series going, I’ll probably get them all eventually anyway.

One thought on “The Unsung Heroes of Avengers: Endgame”