As someone who values narrative and a depth of world building in their video games, I hold Bioware in high regard. Their particular brand of video game scratches an itch that not many other developers can manage, combining third person action gameplay with a well realised story and intricate world building. And on a console of all things. 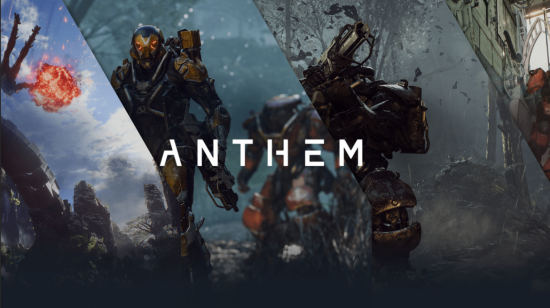 Like many unique and creative developers though, their ideas would sometimes outpace their financial ability to pull them off. Enter EA. The behemoth of a publisher acquired Bioware in 2007, and for a while things were looking up for the Canadian Developer and their fans. Cut to over 10 years later, and things aren’t so bright for Bioware. They find themselves in a position where their next game could also be their last.

It would be so easy to point fingers at EA as responsible for this. The publisher is notorious for acquiring established, and previously successful, development studios before eventually shutting them down. It was EA who oversaw the closure of studios like Bullfrog, Pandemic, Maxis, Visceral Games and others. It feels like an overly familiar narrative that has long time Bioware fans worried that the writing might be on the wall for them. 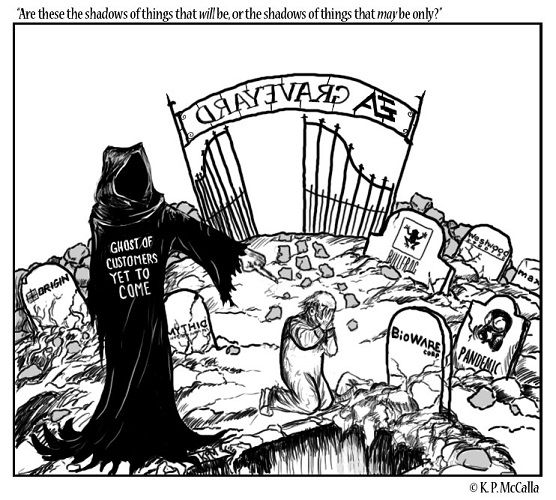 It’s difficult not to jump to that conclusion and vilify EA either. They’ve been voted “Worst Company” in public opinion polls o a number of occasions, it’s not exactly difficult to see why either. Aside from shutting down well loved dev studios, their pretty tactless marketing of Battlefield 1 raised more than a few eyebrows. Even more recently than that, they were the spark behind the loot box as gambling debate thanks to Star Wars Battlefront II.

The thought that EA could deem a less than excellent performance of Bioware’s upcoming game Anthem as a failure is a real concern for a lot of us. Looking at Bioware’s Wikipedia page shows that in the time between Mass Effect 3 and Andromeda, they cancelled three different game projects. Laying all these events out in a row, it paints a nice little picture of EA as the evil publisher overlords asking the impossible of their development teams. 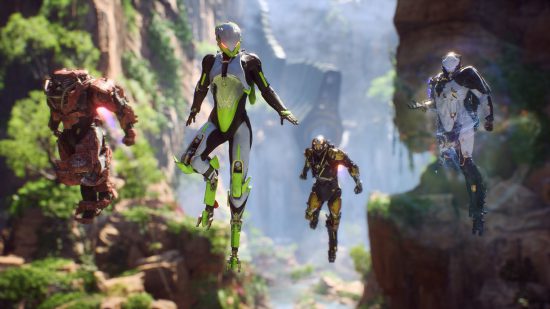 But to look at this from a different perspective, Bioware have done themselves few favours in the past few years. Mass Effect Andromeda had a reception that ranged from lukewarm from critics to scathing from long time fans of the franchise. I’ve spoken about my huge disappointment in the game on multiple occasions, and given EA’s track record, it doesn’t feel like EA will give Bioware another shot at their most successful franchise any time soon.

Contrary to this, in an interview with Bioware GM Casey Hudson written for Destructoid, Hudson said that while Bioware do have all hands on deck working on Anthem, there are small teams working on both Mass Effect and Dragon Age projects. “We have teams hidden away working on some secret stuff that I’ll think you’ll really like”. But then follows this by saying they’re quite a ways off yet.

It’s nice that Bioware think these games still have futures, but the ultimately might not be up to them if Anthem doesn’t do the business EA want it to.

James Ohlen, a developer who worked at Bioware for over 20 years recently left the company, and in an interview he reinforced that the idea that EA were not pressuring Bioware to make Anthem succeed for the sake of their own survival. He would say that for Bioware, any failure is simply a bump in the road, a learning experience for them going forward.

And it does make sense to a point. Bioware is one of the biggest developers that EA have under their belts, and while their games might not me the huge bankable successes they want of late, they’re still games that make them money. The Old Republic might be winding down, but it’s still doing them good business.

For me, the most worrying thing about this is how both parties have failed to really sell Anthem to the consumer. Despite getting some significant air time during E3, I felt that Anthem’s showing at the expo was lacking. I consider myself someone who has their ear pretty close to the ground in comparison to the regular joe, and even I’m not 100% what Anthem is. 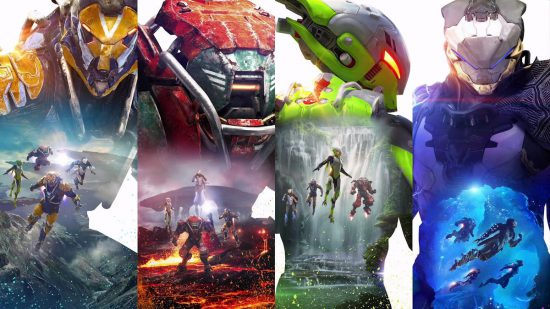 The game was expressly difficult to comprehend based on their E3 showing alone. It looked like a third person, loot based action game with a flight mechanic. But it all seemed so vague, which is something I’m seeing more and more commonly with games like this. No Man’s Sky and Sea of Thieves being examples.

I wouldn’t be interested in Anthem at all if not for a number of video game’s journalists who actually got their hands on the game during some live events. Everyone I’ve heard talk about the game who actually managed to play it have had nothing but positive things to say about it. Calling the gameplay unique, fun and satisfying. I mean, we can never have enough numbers popping out of bad guys when we shout them, right?

What makes me worry is the job EA are doing in their marking of their game. Is it because they don’t know exactly how to market it, or is it because they don’t have enough confidence in it to actually invest somthing. Some video games live and die on their marketing campaigns. Look at Outrush, a game, that by all accounts should have been a huge hit, has been shuttered because of an ill timed release date and a lack of marking behind it.

In such an incredibly packed release market, anything less than a full commitment is almost guaranteed to fail, bar a few bizarre outliers. But then, everything around Anthem is bizarre. I don’t think EA want to have to shut down one of their most popular and successful developers, and yet their less than stellar backing of them in terms of Anthem seems to imply they don’t have a huge amount of confidence in its success.

People from Bioware are claiming everything is fine and they’ve got more games in the pipeline. That might be true, but that doesn’t mean whatever the next Dragon Age turns out to be will have a Bioware label on it if EA just repurpose the studio.

I’d love to think that Bioware could continue to operate with some degree of autonomy, but even I can’t claim the developers’ track record has been amazing in more recent years. More than one of my favourite video games ever have come out of Bioware, and I’d hate to see them go the way of so many other Developers.

I just hope they can get it right when it comes to Anthem and deliver the goods.