As a male, I have an unspoken affinity for the action movie genre. Those elaborate, high octane action set pieces to keep my blood pumping. Elaborate death scenes that have me cheering for them rather than being horrified by them. As I’ve grown though, so has the action genre. On their face, they’re still movies about being big, dumb and fun, but aspects such as their tone, their leads and tropes have altered our approach to these movies. 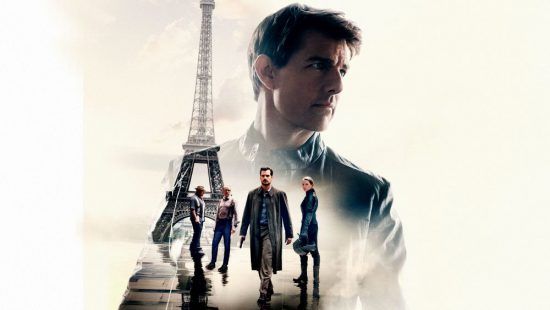 Mission: Impossible – Fallout is the sixth instalment in the long running franchise. And it just so happens to be one of the best. Looking back toward the older entires in the series, specifically Mission: Impossible 2, it’s not difficult to see that the genre has matured in some way. As much as a genre about car chases and explosions can anyway.

Part of the reason the Mission: Impossible franchise has continued to be of such a quality comes down to it’s lead, in Tom Cruise. In our favourite action movies of the 80s and 90s, action leads were oftentimes, muscle bound super humans, able to wade through gunfire without so much of a scratch.

There was an expectation of our action heroes to be larger than life, powerful. It’s why, in his early career, directors would use visual tricks to make Cruise appear larger than he really was, to fill the shoes of his larger than life roles. It’s funny to think about now, when Cruise oftentimes leans into smaller stature, especially in his action roles.

There’s a human vulnerability to Ethan Hunt. While a John Matrix or James Bond always seem to have a plan in mind, complete with a smart alec one liner to follow it up, Hunt will be buckled over trying to catch his breath, or gawping at he is about to do. Which isn’t to say Ethan Hunt doesn’t perform acts even more outlandish than any action lead of the past, but he at least acknowledges out insane they are.

It’s where humour finds its way into these movies. These same action leads who always seem to be several steps ahead were also one man armies. Hunt is part of a team, his banter with the likes of Simon Pegg, who still treat him like a unstoppable Demolition Man injects the levity to the scene as Hunt obviously grasps at straws for his next move.

While the Schwarzeneggers, the Stallones, the Russells and the Willises came across as some kind of unrelenting force, who would carve a path through henchmen, spit out cool/cheesy catchphrases along the way and get the girl by the end, Mission: Impossible are movies about a man just getting through by the skin of his teeth. And the equivalent of side eyeing the audience and saying “can you believe I just did that?” 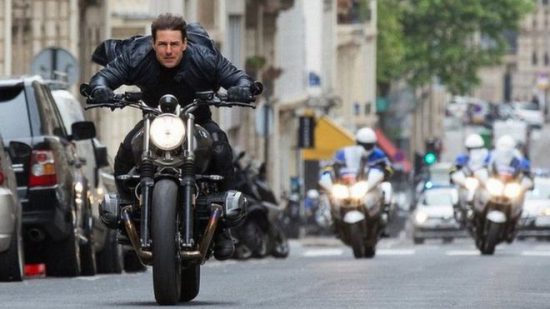 Of course there are still movies out there that live out the adolescent fantasy. They just change how they go about it. One could make the argument that John Wick spending 100 minutes shooting people in the head is just as immature as any Arnold movie was. But the style of lead actor has changed. Swapping a machismo of the past for a human vulnerably.

It’s not about sexual conquest or bulging muscles. The sexualisation of woman is far less objectifying that it once was, now often used as displays of their feminine power, putting them on the same level as the men rather than just their reward.

And sure, the huge and muscular hero is still there. Dwayne Johnson is keeping that trope well and truly alive. But with his massive stature and power comes an effortless charm and self awareness about it. Even in his movies, as huge as the Rock is, they oftentimes throw even bigger people at him to bring him down a level. Or even put him in a movie with massive monsters to fight. 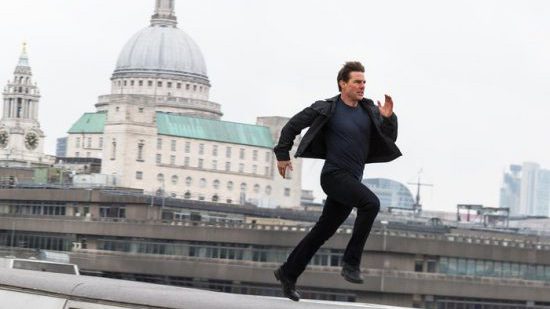 In a genre filled with tropes and common motifs, Mission: Impossible is a series that has several of its own tropes within that. What impresses me about what the series has made of itself is that it is completely comfortable within its own skin. Despite the many constraints that comes with being the sixth entry in a series going back over 20 years, that was based on a long running t.v. series before that, M:I knows when to lean into its tropes and when to just accept them.

A message self destructing, car chase sequences, assuming identities and finding solutions to impossible tasks. The movie knows when to lean into the sillier aspects of the series that needs to appear, but also plays with them, making it so those most jaded such as myself are all the more surprised when they use my expectations against me and pull the rug from under me in a brilliant piece of misdirection.

I still enjoy a good, silly action flick. I’m looking forward to seeing Meg the next chance I get. But it’s movies like Mission: Impossible Fallout, John Wick and The Equaliser that show that the genre is still growing and changing for their changing audience. M:I is amongst the best of the action movie genre right now.

While the Superhero sub genre has taken on a undeniable life of its own, it’s good to see that the older franchises can get out there and not just change with the times, but forge their own new identity for the genre going forward. Fallout is a fantastic action movie and should be seen by everyone.