I was listening to Podcasts, trawling for good blog ideas to steal as you do, when the topic of shows outgrowing their initial premise came up. The example used was based on a concern that My Hero Academia could go in the same direction as Naruto did and end up forgetting the story it set out to tell in the first place; that of the underdog.

Shonen is tropey, anime in general is tropey. Common themes and parallels are part of the reason so many people are drawn to these kinds stories; feeling comforted by the trappings of the familiar, while also looking for the little nuggets of novelty that make it stick out from amongst the crowd.

And one of these strong genre tropes is that of the underdog. Many of the most popular shonen anime, at least in the time I’ve been keeping track of it, star heroes that are huge underdogs in the world they inhabit for some reason or another. Through grit, determination and hard work, these characters overcome the shortcomings forced upon them and come out on top.

The only thing is though, after a certain point, the characters can only grow and develop so much before they cease to be an underdog any longer and change into the icon and the hero that their peers immediately turn to. This, in itself isn’t really an issue. Characters need to grow, and the respect of their friends and rivals is an inevitable result of their journey.

What can become problematic from a storytelling perspective is when the author begins pushing more and more hidden revelations upon the hero, upending the initial premise that started their story. Taking away the starting idea that they were a nobody and revealing that they were a somebody all along.

Naruto is the perfect example of this, and why so many people seemed to fall off of it towards the end, myself included. Naruto was the lowest of the low, an absolute nobody, an outcast and a continual screw-up. His one unique quirk being that he had this giant, murderous fox spirit living inside him.

However, as the story went on, and the stakes reached increasingly mind boggling highs, the fabrication of the nobody that was Naruto was unravelled and we learned that the guy actually had every advantage under the sun. Which really undermines the premise that anyone can achieve anything if they work hard enough at it.

After a certain point in the lives of some Manga, ones that become so popular that they define a Mangaka’s life, its kind of natural that whatever vision or idea they had when they started out ends up going out of the window and they end up just riding the wave by the seat of their pants. Some writers respond to this better than others.

I particularly remember getting getting more and more annoyed by Shippuden as I binged through it for the sheer number of retcons that happen in terms of the nature of the Nine Tailed Beast, Itachi and Naruto himself revealed to be some child of prophecy and the Uzumaki clan suddenly being important when nobody cared about it before. It’s very similar to the beginnings of Midoriya’s story from My Hero Academia.

Hence the worries being made when comparing these two series. Midoriya is a huge underdog in his story, beginning life with no quirk and seemingly no hope of doing the one thing he wants to do above all else. Through a twist of fate and his own heroic heart he comes into possession of an amazing power, the fact that he will become the greatest hero is no secret, he goes and says it in the series intro.

However, Deku is still an underdog. He’s become powerful and has what might be the most powerful quirk in the world, but he’s struggling to deal with it and the expectations that come with being the current inheritor of One for All. He has the physical power, but his shortcomings come from him being a kid with a lack of self confidence and all the pressure in the world in his shoulders.

The worry becomes that, after a certain point, the stakes raise to such a point that Deku needs to get some dramatic personal revelation thrown out there to justify giving him a whole new power of transformation. I’m lead to believe there is an amazing comparison I could make here to Ichigo from Bleach, (un)fortunatly I’ve never watched it. So the best example of asspulling an overpowered protagonist from an initial underdog is lost on me.

Not all Shonen heroes are underdogs. Most of them will find themselves the underdog in a lot of the battles they win, but being an underdog is not something inherent to their character. I don’t believe Son Goku has ever truly been an underdog in terms of his character, nor Gon Freecss, nor Tanjiro Kamado.

They go through hardship and come up against near impossible odds on a near daily basis, but they’re born winners each in their own ways. Being an underdog is not inherent to their story or their character. For the likes of Deku and Naruto it is. And while the nature of their story is that they would inevitably become top dog, the method by which they reach that position is the most important thing. 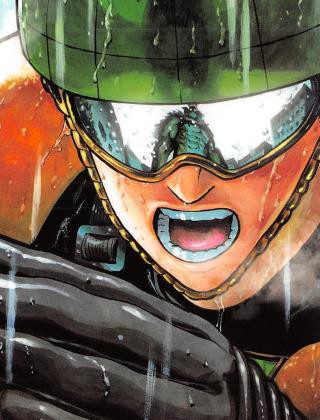 If they get there through sweat, blood, tears and sacrifice, then from a storytelling perspective that character how shown us that through those same traits, we too can achieve. But when, in the final hour, we learn that were were born to succeed all along, it makes the entire foundation of their story crumble just as you’re placing the final touches.

Learning a character was special all along suddenly makes them inherently less special, and while it might make for a hype final battle it ends up falling hard into the more negative and less interesting tropes of the genre.