Every so often, a video game will come around that will turn your expectations upside down and leave you spinning. So much so that you end up coming away from the experience confused, dissatisfied or disappointed. Through no fault of the game itself not it’s developers, rather you let your experience be shaded by what you bring with you. Outer Wilds almost became that game for me.

The Outer Wilds is the kind of game that is best experienced by going into it completely blind. It’s a narrative driven exploration game, thus any kind of detailed recommendation can also contain the very spoilers that an enthusiastic friend would want to avoid spilling. The problem is, this turns into a double edged sword if you approach it with the wrong mind-set.

<word of warning, I am going to talk about Outer Wilds in some detail here, although not outright spoil anything outside of what you’d learn in the first few hours> 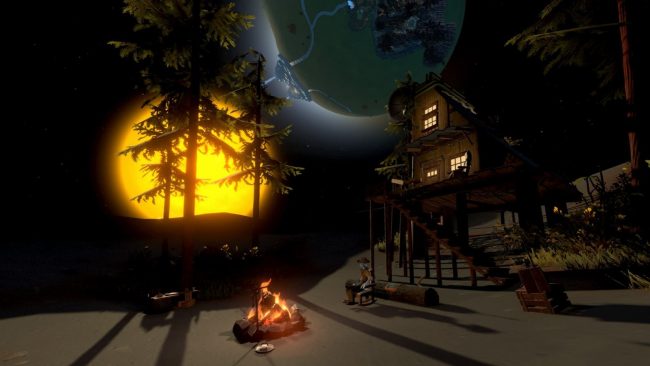 The whole gist of the game is that you’re a newly qualified astronaut who stumbles upon an alien relic at the very beginning of your journey. At a glance the statue serves the purpose of being a narrative justification for being able to come back after death. The game never overtly states anything to the contrary, at least not to begin with.

As you delve deeper into the game and discover more of what’s going on, you realise it’s core to what is the primary mechanic of the game: that the entire solar system is running on a repeating 22 minute loop.

Not realising this for a long time was the core of my early frustrations with the game. Despite there being a whole ton of clues to help the player figure out the game, I always happened to be deep underground, mid exploration when the system’s sun would go supernova and send me back to the beginning of the loop. 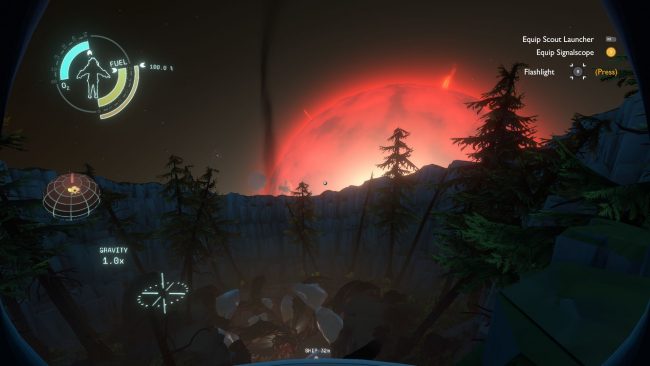 Thus I’d suddenly die in a white light and have no idea why, or I’d encounter some obstacle I’d assume I was not currently equipped for and turn my back on it assuming I’d attain some power of item that would let me progress later on.

This problem was born from the common language of video game that most titles pull from in this modern era of development. Many first person shooters use the same control scheme across the board, and we’re amidst a resurgence of “Metroid-Vania” style indie games too. Developers behind these games want to spend more time giving you a game experience and less time teaching you how to play it.

The commonalities between them become so ingrained that they’ve formed a commonly accepted kind of video game language. We, the players, start playing a game of a familiar variety and make a lot of snap assumptions about what we’re getting ourselves in for. And for the most part, this works to ease the burden of introducing and teaching players your game. There comes a downside to this.

My accumulated video game vernacular caused me to make a lot of incorrect assumptions when I started playing Outer Wilds. I was banging my head against the game, trying to play it in a very particular way. Which is why I ended up turning a blind eye to the obvious teaching mechanics happening around me and missing out on the strongest and bravest aspects of the game.

Outer Wilds doesn’t explain anything to the player because the explanation is the core reward for interacting with the game. It gives its player all the faith that they’ll be able to figure it out on their own, through trial, error and jumping to logical conclusions given what they’ve already learned about the game world up to that point.

To that end, I feel like I failed the game more than it failed me. It was being told that the game is on a repeating loop, and that if I was finding myself stuck, it generally meant that I wasn’t approaching a situation during the right time within the loop. It changed my approach to the game entirely, and also made me appreciate it 1000% more than I had been.

Sometimes, it can be easy to forget what a diverse and hugely creative platform video games can be for making stories and experiences. There are so, so many games coming out, and so many of them borrow heavily from what came before. Shorthand comparisons to pitch what a game is about has become much easier than even describing a games genre.

“Dark Souls but *” or a “Roguelike”. We describe games by comparing them to other games. And in that world, Outer Wilds is something a little more unique. It’s hard to describe, and the act of describing it can ruin the aspects of the game that the developers really want the players to experience first hand.

I am really glad I was able to appreciate and experience the game in the way I did. But I wouldn’t have been able to enjoy the game at all had it not been for the community around the game pushing me in the right direction and giving me some solutions that I would have never been able to figure out on my own.

I’d recommend this game to anyone who wants to explore and uncover information in a very unique little solar system, but warn you shouldn’t feel bad about dying over and over when it is the secret, unexplained core concept of the game. Sometimes, the best way to appreciate a story is to forget everything you think you know about it. It’ll only hold you back.