With the release of Destiny: Forsaken and Forza Horizon 4 I had some time away from Overwatch. That being said, I didn’t stray too far away from the community, because I need some venomous negativity in my life to help me sleep at night. 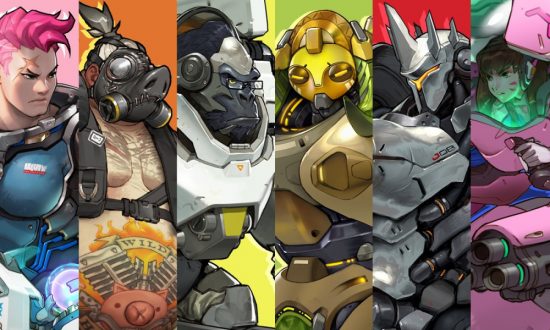 Hot off the back of the latest Torborn rework, one of the more common verbal tantrums I saw detailed that with, yet one more, DPS getting a boost, tanks are becoming even less appealing to play than ever before. The thing that shocked me the most about this, I found myself agreeing.

With the start of Overwatch’s Halloween event, I decided to take a break from my other games and come back to Overwatch. Traditionally, I am a flex player. Because what’s the point of having this huge cast of characters in a game if you can’t play most of them. But these last couple of months, I have found myself absolutely sick of playing tank and support.

Because in reality, that’s what flex actually means.

My desire to play a lot more DPS over the other roles didn’t really become apparent to me until I started reading these people complaining about the current state of the meta. Playing tank is a chore now. Despite their hefty pool of health, they don’t feel anywhere near as survivable as they used to.

It makes sense though, there have been consecutive DPS reworks over the past months with Tanks staying mostly in the same place. A total rework of Hanzo, followed by changing Symmetra into a full fledged DPS and now the rework of Torbjorn and made them all easier to use and able to dole out more significant burst damage.

Hell, the change to Pharah makes her do more damage on direct hits. No prizes for guessing who the easiest targets are.

Playing a tank now is a harrowing experience. You need a lot more support from your healers than you did previously to survive the onslaught. In making their DPS better and more useable, it feels like the arms race of attack vs. defence is tilting heavily in the direction of aggression over turtling.

Obviously, this is all from quick play right now. Which gives worse team compositions than Mystery Heroes right now. Even in the games where people pick a more traditional 2-2-2 team comp, I’ve found that they can’t survive the onslaught of 4/5 DPS and 1/2 supports.

It’s almost as if I’m finally realising that slavishly sticking to meta is actively making the game worse. But hey, try to argue to that to a team who demand two tanks, yet fail to support them in any way when they pick off healers and flanking DPS.

When Queuing solo like I do, you can’t expect any cohesion with your team. People generally want to play on their own and it’s pot luck whether you’re going to get a team who want to play as a unit, meaning wins and losses come from luck rather than skill.

So, if I’m going to end up on the losing side, I’d rather lose while having fun and not getting killed over and over by the DPS heavy leanings of the current game.