Video game preservation is an important topic when it comes to the retro space. The industry is producing more video games now than ever before, and thanks to the digital and online nature of how we access the majority of modern games, there is a baked in solution to preserving all of the dating sims and shovelware than Steam has to offer. 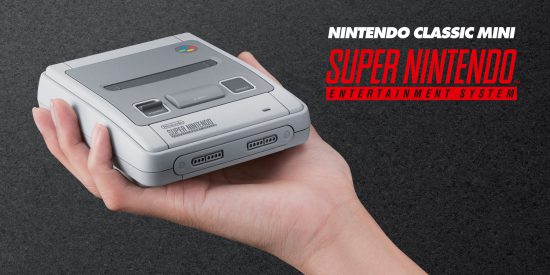 It’s when you look back at the games of the earlier days of the industry, when you feel a sudden urge to play some obscure childhood favourite from the PS1 or TurboGrafx-16 that you realise you have no idea how to play those games today. If you didn’t manage to hang onto a still working original console, you’re short on luck. Or are you.

Trying to Google this problem will, in a lot of cases, lead you down the road of PC emulation. The internet is a treasure trove of legally ambiguous copies of pretty much any video game you’d ever want, as long as you don’t see stability as a huge issue. This isn’t for everyone though, for moral reasons, or the fact that some simply don’t realise what’s at their fingertips, playing these older games is forever out of the reach of many “normal” people.

Publishers and hardware developers realise this, and so some provide helpful access to their ageing titles to those who can’t/won’t emulate. Nintendo especially have made a habit out of selling (and then reselling) their classic games to fans over and over again. And while it would be easy to criticise them for it, at least they’re ensuring their products are still out in the world for people to access.

A service a lot of other licence holders seem reluctant to follow suit with. Despite the obvious signs that the money is there for the taking. I’m looking at you Sony.

Not satisfied to simply continue re-releasing their games on newer devices, it was Nintendo (once again) who took it one step further and did something that finally broke some other IP owners out of their funk. They achieved this when they released the NES Classic Edition a couple of years ago. Nintendo weren’t exactly the first to go down this route though, Atari have been putting out this kind of hardware for a few years with their “Flashback” series of retro consoles. But it was Nintendo who managed to make the devices appeal to a more mainstream consumer.

Where Nintendo have succeeded with their NES and SNES Classic Editions when comparing them to the competition comes down to the quality of their product. Sega have been allowing third party developers to release compilation hardware devices for a while too, a few of which I’ve managed to get hands on, unfortunately.

Other retro devices can oftentimes feel cheap and slapped together, Nintendo made obvious effort to produce a product of quality, in terms of both its hardware and software. There is no shortage of legitimate avenues to get your hands on older Nintendo games, especially those they’ve made available themselves.

So it’s obviously not just the availability of the games that’s drawing everyone in. People who are passionate about recreating a retro console feel or care for those games already emulate them on PC or using made devices for such a thing. But the idea of owning this little thing to sit on your shelf has appeal, even if you don’t use it all too often. In a time where many gamers will value convenience over the need to change physical inputs, it’s a testament to how Nintendo have made their mini consoles a success.

So much so that other companies have started to ride their coat tails in terms of putting the effort in. As I mentioned, Sega have been licensing out their games to third party hardware developers for a while. Now, for their 30th anniversary, they’re putting out a mini version of the Genesis/Mega Drive in much the same vein as Nintendo devices.

Funnily enough, this new device was announced hot on the heels of the “Genesis Flashback HD” which came out of AtGames just after the NES Mini was released. A device that was criticised for a number of reasons, including feeling cheaply made, having noticeable controller input lag, a poor menu interface and damningly poor emulations of the games themselves.

It goes to show that quality of a product can go a hell of a long way. Especially with other avenues available to those who feel passionately enough about playing these old games in the most faithful way possible. A ton of emulation products exist, programs like Dolphin and products like the Raspberry Pi, sold as a small computer used to teach programming, it has been used by many in the preservation and modding community to make console emulators.

It’s weird that these little piece of hardware actually still appeal to the preservationist crowd, only for completely different reasons than they would to the average consumer who probably hasn’t played Super Mario World since the 90s. It’s for the neat little device to sit on your shelf. And yet more licence holders follow suit.

SNK recently announced the NEO Geo Mini Arcade. Rather than going the direction of the other companies and make miniature versions of the home console, they have announced a miniature version of the MVS arcade cabinet, complete with tiny screen and joystick. While it looks cute in concept, it seems like it would be incredibly difficult to play on. The thing is tiny, less than six and a half inches tall.

Which is why many people who own it will end up using their external cables and controller support to play it on their television. So as a thought experiment, what would make this device a success?

Doing these five things are all developers need to do if they want their mini retro console to be a success. People buy these things because they have a passion for the games available on them, if the people making them show the same passion with the product they make, and don’t make several cost cutting measure along the way, then they’ve got a hit on their hands. Nostalgia is always “in”, but arguably, it more important to people now than it has ever been before.

I would like to see publisher and licence holders continue to down these paths. These is a ton of potential with these products in terms of preservation, hell, Nintendo used the SNES to put out an official version of Star Fox 2, a game that had never officially been released until now.

People have gutted their consoles and modified them to add further games. If Nintendo were to put out a NES Mini 2 with an entirely different selection of games, or better yet create a high end device that connected to the internet and allowed the player to download further games at their discretion, they could subvert a hell of a lot of the illegal emulation sites while also doing a lot of preserve their back catalogue.

I’d love to see more publishers like Sony putting out devices like these, finally giving fans official ways to play their older games rather than letting them rot into obscurity. The interest is obviously there, it’s just a matter of making a small investment in your own company’s history.