If there was one thing I wasn’t expecting to come out of Bethesda this Summer, it was the announcement of a brand new Fallout game. Only three years after Fallout 4 and with little of a sniff of a new main Elder Scrolls game in the meantime.

After a long and “eventful” 24 hour lifestream from Bethesda themselves, the excited masses were treated to a teaser trailer for their brand new game; Fallout 76.

There isn’t much official information currently available, but word from naughty tipsters associated with the project have revealed that the game is an experimental new take on the series, heavily inspired by the survival genre. The most notable of which include Rust, DayZ and We Happy Few.

While the vast majority of Fallout fans, myself included, would have loved to get another story-heavy, single player adventure, maybe akin to Fallout New Vegas, it doesn’t seem like this is the case. Reports claim that Fallout 76 is being directed as primarily a multiplayer, game as a service, experience. 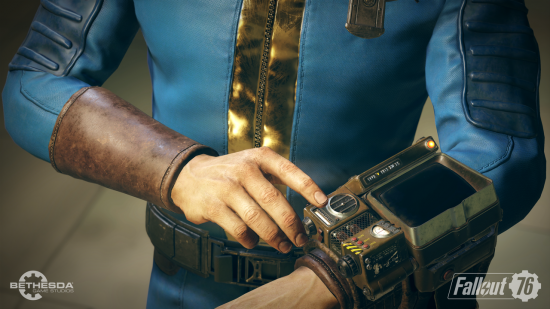 Being developed in cooperation between Bethesda proper and one of their smaller studios that was once behind their cancelled project; BattleCry.

Personally, I’m pretty disappointed by this news. The survival genre of video games never held much interest for me. They’re games in which acting like a tool and screwing over as many other players as possible with the optimal way to play. They’re games in which failure results in having to start from scratch, usually resulting in other players benefiting from your failure.

I will admit that the Fallout series does seem like the perfect fit for the genre, It’s just not something I place any value in. I place my value in Bethesda’s single player, sweeping story driven games. Games in which I can unravel a wide open world or rip and tear my way through enemies while feeling like a badass. In an online survival game, only a very select few can feel thing way, while everyone else scrounges to rub two sticks together. 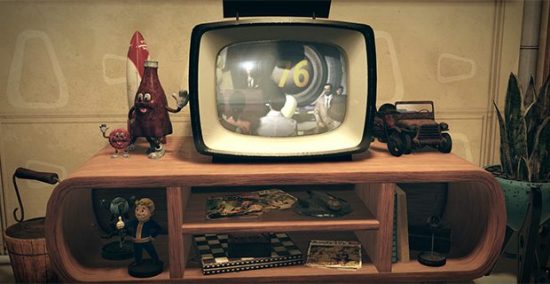 I think Bethesda could make this work. Elder Scrolls Online has a substantial player base and gets continued support to this day. I’d imagine that, with their pedigree and willingness to take the kind of risks that this very game represents, I can foresee Fallout 76 becoming a huge success in time. It’s just not for me, and sadly, I feel like the demographic of existing Fallout fans will feel the same way.

I don’t begrudge them for doing something different with their property, hell I should praise them for being willing to take a risk. I’ll just try to keep as open a mind as possible going into E3 when we learn more about it. You never know, this might turn out to be a Battle Royal game.

One thought on “My Brief Excitement Over a New Fallout Game”