Little Nightmares is one of those game I probably would have ignored nine times out of ten. An indie game that, at a glance doesn’t look all too different than all of the other puzzle platforms that come out every month.

What drew me into this game though was my visit to EGX last year. The booth for Little Nightmares was one of the most striking of the entire show floor. Recreating areas of the game and having people in weird costumes parading about. It left a a mark in my brain that peaked my interest every time more information on the game bubbled to the surface.

The game is a light puzzle platformer of the same style as LIMBO and Inside. It does differ in that it works on a 3d plane instead of strictly being 2d, but like those games you have limited verbs to play with. Most solutions generally involving moving things, jumping on things and sneaking things. It does share a big positive with Playdead’s style of messed up platformer: its visual storytelling is great and everything is fucked up in a kind of major way.

My favourite thing about this game right off the bat is how it looks. There is this strange Tim Burton-esque visual style to the environments and the characters. They way they look and the way they move, the best word I could come up with to describe it all is grotesque. I mean that in the best possible way too, everything looks so horrible and deformed, and yet you can’t take your eyes off them.

I could show you some images, but stills do this game’s style little justice. You need to see these things in motion to appreciate how incredibly creepy and wrong they are. The game comes out of Tarsier Studios, which makes sense in hindsight. The studios previous work include the Tearaway Sequel and DLC for LittleBigPlanet. Both games have a distinct art style, with characters made out of fabrics. The studio brings that same sensibility to the design in this game.

While the characters aren’t made of wool or felt, there is this claymation look to everything, like someone made it using models and stop motion. While a lot of the game involves solving environmental puzzles, the other half involves avoiding these large creatures. They are have their own quirks and clues in how best to avoid them and it isn’t always obvious right from the start, but feels pretty rewarding when you figure it out. On top of this is a layer of visual storytelling which is as compelling as it is never really explained. 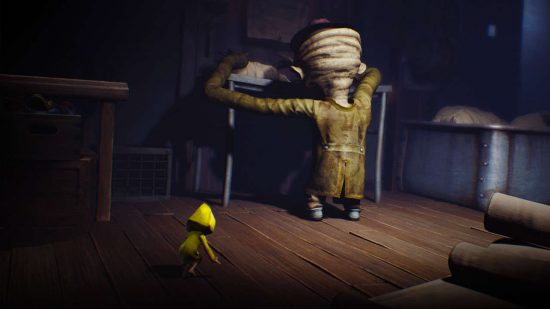 I say this because it doesn’t give a whole lot away in terms of plot. You play a small “girl”(?) on a large ship trying to escape(?). I feel like the designers intentionally made the game one of those titles where you end up with more questions than answers by the end. And I don’t want to give anything more than that away because while I enjoyed this game a lot, it’s startlingly short. While picking up about half of the collectables I managed to finish the game in just shy of three hours. With a price tag of £15.99 ($19.99), no amount of recommendation is going excuse that length for some people.

Despite what I just said, I’m going to go on anyway. As the game goes on, it changes its tone somewhat and moves from being a pure horror game to having overtones of Studio Ghibli’s Spirited Away. It’s weird, it keeps the grotesque designs and amplifies them somewhat. I can’t really give anything more than that though, because I don’t want to spoil anything, as short as this game is.

While my time with Little Nightmares was short, I have a lot of things burned into my memories. It was a quick ride full of a number of weird, creepy and cool moments and the ending is so satisfying I just sat there nodding my head despite not having any idea what was going on. 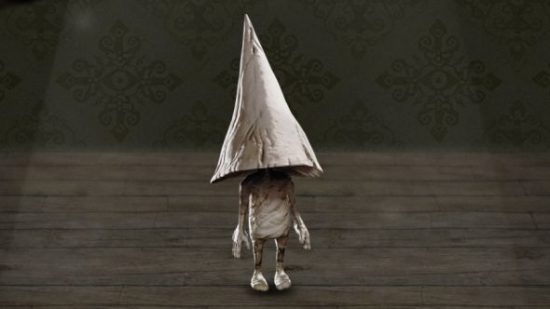 While I know the price going to put some people off a game of this length, I implore you to try and avoid spoiling it and pick it up in the future when it goes on games with gold/psn, or at least when it gets a good offer price. It’s a sight to be seen first hand.

One thought on “Little Nightmares is Great”