Like last year, I need to end a 10 day series of celebration by complaining about something. However good the games of 2016 were, there were still some big old stinkers. but that’s not what I’m going to talk about in this post. I’m not talking about bad games, well I am, but I’m specifically going to list the three games that disappointed me this most this year. Titles that I had genuine high hopes for, and had them dashed soundly once I picked them up.

I kind of feel bad for The Division, but at the end of the day, my biggest problem with it was that it wasn’t Destiny. I’m not going to be petty enough to say that any game trying to do the same thing as Destiny should fail, because Bungie didn’t come up with the idea of a loot shooter. What did bother me though was just how middle of the road the Division was. I knew a group of people who were really into it and really wanted to try and get me to play it with them. Keep in mind this was right in the middle of me bingeing Destiny early in the year.

I’ll give myself full credit, I did give Division a good, long chance. But at the end of the day, despite how nice New York looked and how smooth it played. It just didn’t have enough charm, individuality or just plain interesting things going on to keep me invested. In the end it felt like another Tom Clancy game, which I can give or take at the best of times. And even having friends to play it with didn’t keep me around enough to get to the level cap, and it seems like it’s a good thing too as the game is supposed to really suffer from a lack of end game content.

In a different time and place I might have been 100% on board with The Division, but this year. It just felt like a big old let down.

What a huge mess this game was. Announced as part of a high profile Kickstarter campaign, there was a lot of hype for Mighty No. 9 when it funded multiple times its goal before the Kickstarter was over. There were a lot of reasons to be excited about the project. In a time where Capcom seemed to have given up on their Megaman franchise, Keiji Inafune; former Capcom employee and Mega Man veteran, announced he was starting his own studio and creating a spiritual successor to Mega Man along with a group of other ex-Capcom Employees, people were excited for a potential return of the glory for the blue bomber. 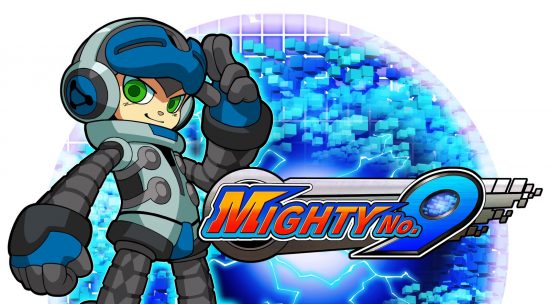 What followed was a series of strange announcements, followup Kickstarter campaigns and endless delays that took much of the shine off the initial excitement for the game. Comcept asking for more money, then starting another project whilst developing Mighty No. 9 and then the game getting delayed by months and months. It painted a worrying picture of the state of the game’s development. Not only that. It showed a real downside to Kickstarter as a method of funding game development. Being savvy to the development of a video game right from its conception gives us an idea of just how long video game development takes. Even if the path from funding to release hadn’t been littered with these little pieces of weird news and strange questions about what Kickstarter funding was being used for, it’s long enough to wait that excitement for the game will dull.

The final kick in the teeth though was that when the game finally did come out, it just wasn’t that great. To call The Mighty No. 9 a dictionary definition of mediocre might be a tad unfair, but picking up the game to play it for the first time, it felt like a bad indie cash on an old franchise. Nothing about it seemed especially interesting or noteworthy, had the game used pixel art rather than polygons, maybe it would have been better received, but I ended up putting the game down not long after picking it up. It turned out to simply be a very middle of the road and uninspired Megaman clone. and not the series revival that people had hoped of it.

Don’t get me wrong, by the time this game came out, I was well and truly over the hype. The only reason I felt the need to call this game out at all was due to the massive build up that surrounded it, thanks to the stored history of its development. It’s a cautionary tale to crowd funding video game as well as how nostalgia can really bite you in the ass.

Not really a big surprise here as it probably tops every list of this kind in 2016. While I don’t hold the vitriol and anger towards this game or its developer that some do, I can’t deny that the anticipation around this game was enormous. Hello Games were making some grandiose promises and the bigger the hype built, the bigger the eventual fall.

The game’s sorted post release has been covered by a lot of media outlets in great detail, but I’ll boil it down for you. The game came out and simply wasn’t what was promised. A trailer that still appears on the game’s Steam page contains a number of features that simply do not exist within the game. Some people have gone so far as to try and prosecute Sony or Hello Games for false advertising, which seems a bit much in my opinion. But it just goes to show how upset people are about it.

Personally, I felt the game was very shallow. Dropping on your first planet is exhilarating, a procedural generated planet full of unique lifeforms, environments and hazards. It’s the game’s strongest point, the procedural generation works very well and creates some stunning visuals planet side. The different hues of the sky and the landscape can make worlds feel strangely alien, or comfortingly familiar.

It’s when you get to your 4th or 5th planet and you start to see the moving parts that it starts to lose some of its luster.

For me, I think the game’s biggest downfall is that there is simply nothing to do. I’d land on a planet and search for valuable minerals, then I’d just sell the whole lot. None of it seemed like it was worth keeping, especially considering the game’s incredibly small inventory. The problem is, you need to have access to basically everything on each planet as you don’t get stranded there, so you get to a point where there is no real reason to stick around beyond to refuel.

The game should have been more Minecraft when you were on foot, giving you a swash of things to do with the materials you were collecting beyond recharging/refuelling your equipment. Space should have been a lot more like Elite Dangerous. Space travel in Elite is incredibly involved, making you manually do a lot of the things in your ship yourself in a flight sim kind of way. It made space feel big and getting from place to place a challenge. Space in No Man’s sky feels like a fancy menu system. It’s boring. Not only that the game doesn’t run incredibly well, while going straight from a planet into space seemed crazy when we first heard about it, it seemed like it was going to be possible. When the came came out, there was obvious texture pop in as well as obviously hidden loads which made the game far less seamless than it seemed in its demos.

While I’m not going to the game loses points because of the mess surrounding the game after its release, I still feel the need to address it here. After the game came out, and people started to realise the limited scope of the game on disk. However, rather than trying ease their customers concerns, Hello Games remained silent. I do feel bad for the guys. being a small team thrust into a mainstream eye by Sony’s marketing of their game, then to be thrown under the bus by Sony themselves. It must have sucked.

Recently, Hello Games did reappear to announce the first in a series of patches adding more content to the game and making it more like their initial promise. I haven’t gone back since the patch’s release, but in a few months time, when No Man’s Sky has a few patches worth of new content added, then maybe I’ll go back and give it another go. But until then, I don’t really have much hesitation about calling this my most disappointing game of 2016

Because despite complaining for a few paragraphs about it. I was really looking forward to No Man’s Sky. What they promised seemed impossible at the time, and in hindsight, it was. But I still wanted to play it so much. Here’s a single point to boil it down for you; No Man’s Sky was maybe my biggest motivation for buying a Playstation 4, one I am thinking about selling in the near future…