These past few weeks, I’ve been letting my personal frustrations with this series’s storytelling get in the way of the things I genuinely do enjoy about it. Episode 10 felt like a breath of fresh air in many ways, going back to basics (for the most part) and focusing on the bits of the show I like rather than the parts that make me act like an idiot.

With all the class testing over, we’re fast approaching the moment in which the Rankers will learn which amongst them have made it through to fill the positions they’d spend the last few episodes training for. However, there’s something of a wrinkle in the plan, as Khun has already realised.

Now Rachel has been outed, Bam has no further motivation to climb the tower. Having reunited with her, as was his intention since barging his way into the tower, there’s no reason for him to keep going. But who cares about that; Baby Rak!

Rak rudely bumped into Administrator Yu Han Sung, and his punishment (I guess that’s what this is, unless it was just Yu Han Sung being petty) is to be shrunk down to the side of a child. And it’s amazing. With him not being that present in the past mini-arc, I’d kind of forgotten that Rak was the best boy.

He doesn’t seem overly concerned with his own change in stature, but is more interesting in Bam continuing his journey up the tower with them. Something that ends up solving itself, as Bam shows up at Khun’s room and announces he’s going to continue climbing.

When Rachel was stabbed by Hoh, he hit her spinal cord, thus she’s now lost the use of her legs. Bam, being the angelic little bundle of sugar that he is, has decided that he would achieve her dream for her, dragging her up the tower along with him achieve her dream of seeing the stars.

It’s a nice little moment between the two, as we finally get a bit of insight into Rachel’s true character; that she only every saw Bam as a nuisance little kid who wouldn’t leave her alone before they arrived at the tower. Seeing her break down and realise what a crappy person she’s been in the face of Bam’s pure goodness is a nice moment.

I don’t know why, but these types of pure, good character archetypes always seem to work for me. Heroes that shine so bright you can hardly look at them. Bam is exactly as genuine and kind as he appears to be, and the fact that this breaks so many other characters out of their own, more human, dramas always gets me.

Despite all the talk about these characters being against one another, from here we get to see a scene of genuine comrade from them all, as they drink to Hoh’s memory. They must have learned of his tragic desperation after the fact and let bygones be bygones considering what he did.

Also, drunk Hanz is the best.

There’s also a sub plot involving a spy from the king taking the place of one of the examiners and Yu Han Sung confronting him, he’s there to retrieve the Black March and the Green April from Anak. But, beyond that they’re just throwing a bunch of proper nouns around again, and the full context of what’s actually going on here is left in the air for now. Set-up for future events no doubt.

Then we finally get to the announcement of those who passed the exams, and unsurprisingly, all of the main cast we care about have moved on, except for Serena, who at this point had decided to pack her bags and pack it in. Realising that she maybe didn’t need to risk her life in this insane tower to get something more out of life. The gang is also filled out with a bunch of nobodies, including the green guy who betrayed Hanz in the previous episode.

Despite all the concern over him doing it, Bam is one of the two Wave Controllers selected. Most likely helped by his display of copying Quant’s stasis ability during the previous episode. However, Rachel is denied further progression due to her injuries. Something Khun and Bam take exception with. 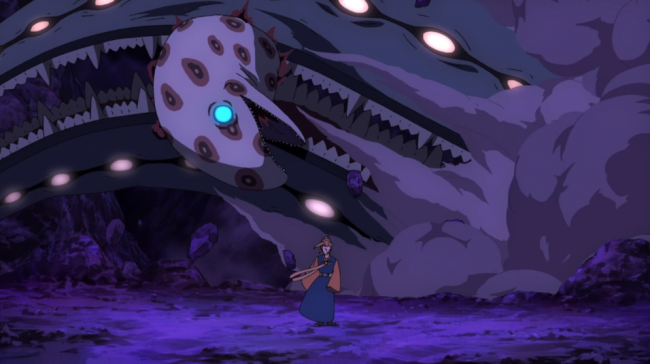 Being tricky bastard that he always is, Khun challenges Yu Han Sung and goes as far as saying he’ll take the administrator’s test to be able overturn the decision. However, he is denied when Yu Han Sung tells him only Irregulars can take that test. Resulting in Bam standing up and putting himself in Khun’s place, revealing to everyone that Bam was not a regular at all.

Afterwards, the other Regulars discuss the ramifications of Bam being an Irregular and them being tainted accessories to him if they continue working together during the tower climb. At this point, Khun begins to work his magic and try to manipulate everyone into sticking with him. For once though, Pig headed Rak and Shibisu sees through Khun’s deception.

Through Bam’s actions and personality, he’d already won over the members of the gang we care about. And all of them happily announce that Bam’s status as an irregular is irrelevant to them. Taking Khun aback slightly, as someone whose defences are always up, it seems like taking people’s innate goodness into account it something he can’t easily account for.

The episode ends with Bam coming face to face with the guardian of the floor once again.

I needed this episode I think. Tower of God isn’t doing a bad job with its action sequences, but as I’ve mentioned before, it’s leaving a lot of stuff off the table which, in hindsight, hurts the dramatic weight of what’s going on in the scene. This episode takes a step back and lets us catch our breath.

Allowing us to see where these characters are at now and remember why we actually like them so much. Even Bam, who I felt was a dull and passive protagonist in the early episodes has come into his own somewhat as a ray of light that people want to be around. We finally got a look into Rachel’s character and why she abandoned Bam in the first place, with some good resolution.

This series screams of a super long running shonen adventure, so it’s hard for me to think that there are only a few more episodes left in the series. I’m interested to see what they’re going to do for the finale and how open they’re going to leave things for an inevitable desire for a continuation of the anime in the future.