I’ve been thinking about the Final Fantasy VII Remake a lot this past week, even having finished it already. Playing through the remake, which I’ve spoken about glowingly already on my blog, I realised that it changed a great many things from the original. The most jarring of which could have been its ending, which is about as out of left field as anything could have been in what was supposed to have been a remake.

So yeah, I’m going to be going into spoilers for this post. Just in case that’s an issue.

After finishing both the remake and getting to the equivalent spot in the original game after the fact, I continued digging into the things that were added for the remake and reading up on the theories and thoughts of the people far more knowledgeable on the lore of the franchise than I am.

I was shocked to see how many of the modern character designs found their origin in the PSP game Crisis Core, which serves as a prequel to the original FFVII. But what shocked me even more is how the events of the remake diverge from the established events of the older games to actually make a point.

Y’see, while this game might be titled a remake, I get the impression that it’s anything but. Sure, it’s retelling the skeleton of the story from the original game, but the changes it makes throughout, which initially just seemed like the game expanding upon those original events to make them last longer, actually turned out to be telling a different story entirely.

One that comes to light during the game’s end where Aerith opens a portal and the gang jump through, and battle against the very personification of destiny itself. And win. And if the overly heavy handed metaphor for changing the course of fate wasn’t enough, we get to see some very tangible results in the creation of a parallel timeline in which Zack; Cloud’s friend and predecessor, survives his final stand from the ending of Crisis Core and drags Cloud’s semi conscious body into Midgar to kick of the events of the game in a very different way.

Thus, we find ourselves with a fresh page in front of us, the game ends with the characters shattering fate and forging a new destiny all their own. Which means, from this point forward, the remake’s sequels might not adhere to the plot of the original game whatsoever. Things are different now, and the story being told could be an entirely different one.

One the fans are excitedly theorising about; that maybe, this time, Aerith dying at the hand of Sephiroth might not be an inevitability.

At which point, can we really call this game a remake anymore? If anything, it’s more like a sequel in disguise. Akin to the revelation at the end of Bioshock: Infinite or even the events of Avengers: Endgame. We’re dealing with parallel timelines and alternate realities here, those ghosts that were badgering the players throughout the game are revealed to be the arbiters of fate, trying to keep events lined up with the original game. 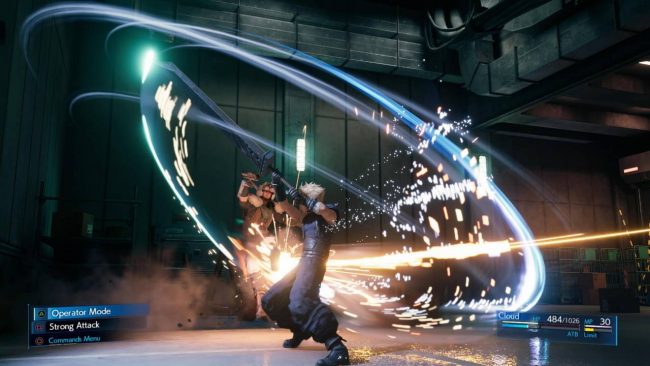 The idea that these creatures could force the characters to break further and further away from the established timeline whenever they show up is fascinating and exciting to me. I’m not sure how the hardcore fans of the original game feel about this, but personally, this was a more exciting route they could have gone down than any mere retelling of events.

A game as well known and well loved as Final Fantasy VII can only gain so much from being remade totally faithfully. But going above and beyond in terms of the story, breaking away from the themes of the original and making the plot of the game about adhering to destiny (the original lore) or breaking away and doing something new (which is what this remake did) is meta in a way I really appreciate,.

In my last article about this game, I said I wouldn’t really mind if the remake never got another part. At this point through, having really digested the implications of the game’s ending, I really can’t wait to see what the next game holds in store. And I truly hope that is diverges further and further away from the events of the original game as it goes.

If they even start opening up into the parallel timelines and we see some dimension hopping, even better.

I’m amazing that I could get this more excited by the FFVII Remake weeks after finishing it, but taking the expectations of the fans and twisting them, creating something new and kind of meta is exactly what the Last Jedi did, and why I loved that movie so much. And what they should have continued doing for Rise of Skywalker. Sure, you’re going to upset people but at the end of the day, if done well, it’s something that’s infinitely more interesting than just meeting expectations and has the potential to become something far greater than it could have been if they’d just done what people wanted them to do.