Most bloggers and news outlets really jumped the gun with this one. From as early as November, I was seeing all kinds of “X of the Decade” posts popping up. But, surely, if you’re going to rate a bunch of things from within a decade, you should wait until the decade is actually over. Because, y’know, hindsight.

Is that all one big fat piece of self justification, so I don’t feel bad about not writing my own best of the decade list around the same time? It’s certainly possible, but let’s be real, I’d written 20 articles in December listing my favourite video games and anime of just 2010, there was no way I was going to write another list for the decade and feel great about it at the same time.

I gave myself a little time to decompress, and now, I’m going to spend five days detailing my top, let’s say 15, video games of the decade following 2010. Why, top 15? Well, it seems like a nice round number. And on top of that, it nicely slots into a five day period.

Like with my end of year lists, this isn’t a ranking of objective quality of the video game, or their critical reception. Rather, this is a list of video games that meant the most to me on a personal level. And so, some of these entries are very time and place video games for me, others were simply games that grabbed me in a particular way and really spoke to me in a way that most other people couldn’t see if metacritic had anything to say.

I’m going to keep this pretty loose, but one rule I will impose on myself is: only one video game person franchise on the list. Because otherwise I’m sure there would be two or three games getting on here multiple times, and more often than not, they’d be on the list for pretty much the same reason. So it becomes kind of moot. Let’s get into it then: 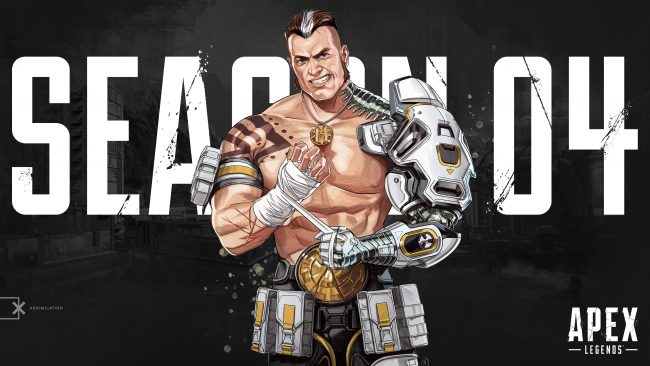 Those of you who remember my top ten video games of 2019 list from the end of last month might be a little confused as to why Apex Legends has made it onto this list, while my #1 video game of 2019; Fire Emblem: Three Houses did not. (Spoiler: there are no other 2019 video games on this list.)

To be honest, there are so many complex and minute reasons behind this decision. And I could bore you by going into depth of each one, but to save you all time, let’s just say that it’s because I’ve played Fire Emblem games before, and Apex Legends was something entirely new for me.

On top of that, the last three years of this past decade have been swamped with Battle Royale games, after Player Unknown’s Battlegrounds came out of nowhere and then Fortnite went and ate it’s, and everyone else’s, lunch. For the longest time, I could not get into the Battle Royale genre, and then Respawn dropped this out of pretty much nowhere, surprising everyone and angering others who realised Titanfall 3 was probably a ways away. 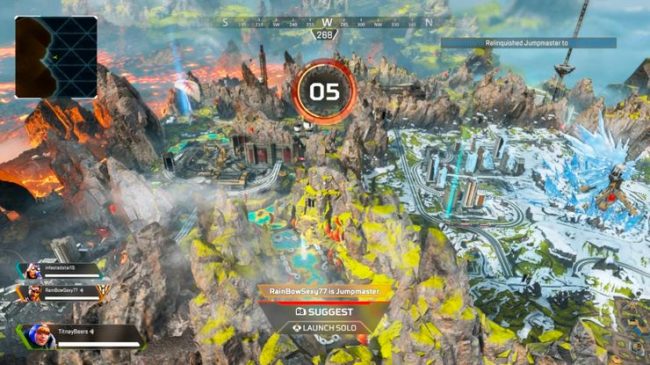 Apex Legends is the perfect blend of charm, fast pace and visual style to turn my head. On top of that, it’s a much more forgiving game than the likes of PUBG and Fortnite, thanks to it’s team based gameplay, it’s pining system and its respawn beacons. It’s a game I have continued to play very regularly, and will most likely continue to play for the coming year and beyond, or until EA decide to stop supporting it.

It makes it on my list for making me love a Battle Royale game, and it would not very a fair reflection of this past decade if there wasn’t at least one of these present somewhere. And while the game has already managed to find itself a nice, toxic little fan base in under a year, I am very happy with the attention and the approach Respawn are taking to continued support for this game. Including the fake out buildup to the release of season 4. 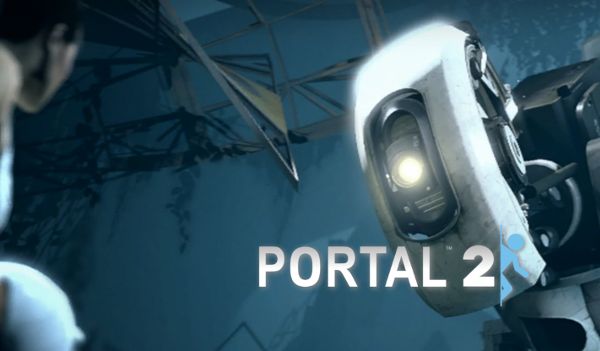 The first Portal was a shock revelation to me, being introduced to me by a friend, who then proceeded to play through it with me and a group of other friends in a single sitting. The release of a sequel to that first game that both expanded upon the unique mechanics introduced in Portal and then built on the world as well as something I simply couldn’t wait to get my hands up.

In many ways, the first Portal seems like tech demo, an experiment in a new kind of physicals based gameplay. One that was so foreign that the entire game ended up feeling like a tutorial. Going back and playing Portal 2 this past month when compiling games for this list, that difficulty seems oh so quaint now when you go back and breeze through it all.

Portal 2 was a more substantial game than the first in every regard. Adding a more robust story, characters and mechanics that build on the portal puzzles of the first game. It also added a whole co-op campaign that forced you to think of solutions to puzzles using four portals instead of just 2. 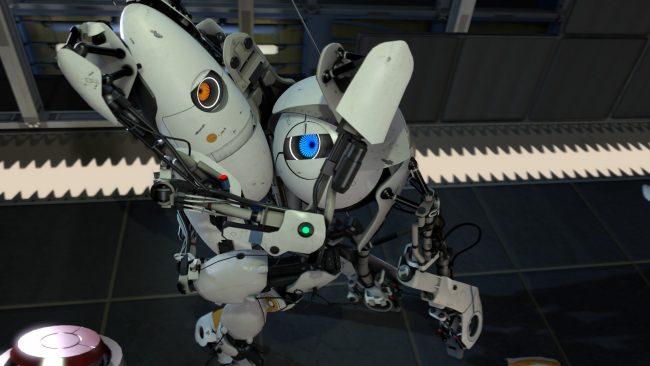 Going back, the game feels a little more dated than I’d expect, the writing and disconnect between the player and the “story” feel a little last generation. But I suppose that’s exactly what they are. Still, the strange redemption of GLaDOS, culminating one of the best final moments in a video game I’ve ever played really offsets just how out of place Stephen Merchant’s Wheatley character ends up feeling to the rest of the game.

Portal 2 might not have ages quite as I would have liked in terms of its writing, but when it comes to gameplay, it’s still a totally unique game that nobody has really managed to replicate. It’s still totally holds up and a physicals based puzzle game and I wish Valve would do something else with this property. 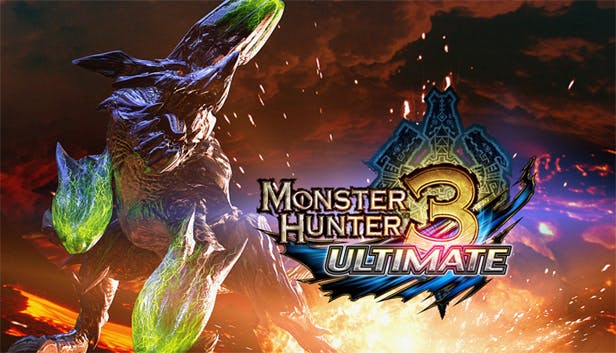 It took a lot of head scratching for me to decide which game in the Monster Hunter franchise would make it onto this list, because there have been quite a few of them. I came very close to giving the honours to Monster Hunter: World, a game that shook up the franchise so profoundly that its make me feel like I can never go back to the old style Monster Hunter game ever again.

In the end though, the tough decision came down to me giving it to Monster Hunter 3 Ultimate. The game that I spent the most time playing on my Wii U by far. Before World rebooted the franchise and made it so much more accessible to the newcomer, it took a special kind of person to get into the Monster Hunter franchise. It was a game that was not all that welcomeing to newcomers at all, nor was it always especially easy going to veterans either.

A hell of menus within menus, layers of systems to keep track of and on top of all that, the combat was dense. 12 totally unique weapons to pick from and learn. And learn them you needed to, because the combat in the game did not hold your hand. Monsters could take out your entire health bar in a few moments if you got caught in an unlucky spot or mistime your counter. 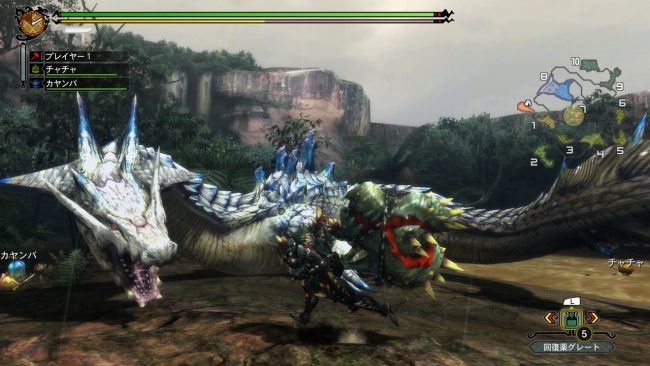 And yet, with all this pain and frustration came the satisfaction of doing it well. Playing the old style Monster Hunter games was more akin to dancing than combat, learning the rhythms and tells of a monster as you ended up fighting them over and over to get the rare materials you needed to make that next armour set or weapon.

3 Ultimate was special for me in a lot of ways. First off, it was the first game in the series with HD textures. Which meant a lot from a series that mostly existed on SD platforms like the PSP and the Wii before this. Additionally, it was the first game I really got to play with friends, as I knew people who played it on the 3DS, the poor souls.

Plus, as much as it rubbed people the wrong way, I really liked the underwater hunting, as the aquatic monsters have been amongst some of my favourite monster designs in the entire franchise. I love Monster Hunter, but this game was the one that probably meant the most to me over this past decade.

And in case you were wondering: I was a Switch Axe main who occasionally used a Heavy Bow gun.

Thanks to Dualshockers.com for not getting mad at me stealing the image I used for my title