I’m not entirely sure why I have such a reverence for Remedy Entertainment. I don’t have any strong nostalgic connection to Max Payne, Quantum Break was a big old mess and I feel like I probably enjoyed Alan Wake a lot more than most people did. It’s difficult to argue with the fact, though, that Control is probably the best video game to come out of the studio thus far.

In listening to people talk about Control a lot, I’ve come to the conclusion that it’s a game that can mean a lot of different things to different people. All depending on what they bring into it. It draws from a number of cultural touchstones that people connect to people in a real way.

T.V. shows like the X-Files and Twin Peaks are obvious wells of inspiration for the game. As well as the collaborative writing project SPC Foundation, which I’ve had a tab open on my phone for the past 12 months since discovering it. Not only does the game pay homage to all of these sources, but it seems to have some degree of reverence for its developer’s own history. Revealing in its hallmarks.

Returning actors such as James McCaffrey and Matthew Porretta, along with their frequent use of full motion video are telltale moves of the developer, which create recognisable tropes of Remedy’s game much in the same way a film director might do. And a lot about Control feels familiar when compared to Remedy’s previous games. The strangeness of everything, the depth of setting and intriguing mystery of the world all drive forward what is the most attractive aspect of this game.

Control is a fascinating, enthralling visual masterpiece. Set in a secret government facility called “the oldest house”, an organisation named the Federal Bureau of Control works to collect, study and contain otherworldly and unnatural objects and phenomena while keeping them secret from the general public.

The player character, Jesse finds her way into the lobby of this organisation, only to find the whole place in lockdown as an extra-dimensional force has taken over the building and most of its staff, warping the already impossible space even further. The story and environmental design of the game are the true stars of Control.

The wide open spaces, sprawling office-scapes and unique combination of the impossible and mundane all work to make this game a visual masterclass. Remedy have done a great job of taking very familiar, office-like settings and warping them, turning them into a twisted reflection of things many of us see every day.

It’s not just all visual though, the world is scattered with lore and collectables that all contain Remedy’s telltale wry wit and strange sense of humour about their world building. Taking these impossible items and situations, then repainting them under a layer of bureaucracy.

Creating a level of dry, humourless business reports out of household appliances that imbue people with superpowers. Superpowers the player manages to get their hands on throughout the game. Like Quantum Break, Control is a third person action game that begins under the guise of a third person shooter. 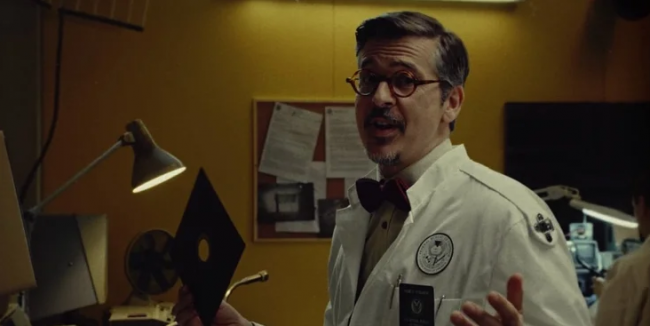 While there was a lot to criticise Quantum Break for, I don’t think its gameplay was one of those things. And I swear many people simply weren’t playing the game right, although maybe you could argue that it was the fault of the game itself for not making its powers strong enough for people to realise they were the focus of the game, not gunplay.

Control doesn’t have that problem. While it does start off pretty slow, limited to (nice feeling) gunplay in the beginning, the player’s arsenal of abilities are quickly filled up throughout the story, making you feel like a powerful (if flimsy) force. It kind of reminds of me 2016’s DOOM, a game in which you were incentivised to go as fast and as hard as possible. Killing enemies to recover your heath, needing to keep the pressure up at all times due to how quickly you could go down.

Control seems to live by that same mantra. Jesse can die in an instant, which makes some boss encounters particularly frustrating. In normal combat, however, it means your best option is to go in hard and fast. Slamming everything, including yourself around the arena to keep those health crumbs flying out of enemies.

It’s fast paced, hectic and ends up being a ton of fun by the time you get access to all of the powers in the game. Which brings me to the biggest issue many people are having with the game to varying degrees. While the game looks and plays amazingly on a powerful PC, those playing on a lesser platforms are having a much more difficult experience,

The nature of the powers, ripping the environment apart, as well as the power behind this game, it is nigh unplayable on baseline consoles and less powerful PCs. I personally played the game on the Xbox One X, which is reportedly the best console version of the game, but even I was getting intermittent performance issues. It wasn’t happening enough to ruin the experience for me, but it could certainly find itself as an issue.

It’s a stunning visual showcase mired by horrendous frame rate issues that could potentially ruin the experience for those of us held back by older hardware, through no fault of our own.

Control is a fantastic game though when it runs well. A fast paced, unique action game propelled forward by a fascinating setting and tone that feels totally unique to the developer. This is Remedy’s masterpiece, and there is more to come with their plans for additional content to be released in the future.

It’s one I wholeheartedly recommend if you have any reverence for this developer, or the conspiracy culture inspired weirdness that helped create this setting. Given, of course, you have a powerful enough platform to play the damned thing.