Back in December, I wrote a piece during my month of masochism (or game of the year if you’d prefer) about how Overwatch was nearly my favourite game of 2018. Being honest though, even then, I was not currently playing Overwatch, and had not been for some months.

When I was relatively free from a hell of blogging and had more time to pick up Overwatch again during the Year of the Pig event, I found myself unable to reconnect with the game I had recently praised so much. Even now, with a new character announced and interest high, I find myself struggling to enjoy the game that had given me so much enjoyment in the time since its release.

It might seem obvious to many, most people do come and go from games, moving onto the next thing as older games become stale, but if you’ll forgive me this opportunity to rant a little and voice some of my frustrations about a game I do genuinely love.

Like I said, coming and going from games is no sin. Especially in this current landscape in which games are made to be played in perpetuity. Regular content updates make it so we get games that have a much longer lifespan than they might have ever had before, pieces of nostalgia notwithstanding.

The fact that I’m still passionate enough to write about Overwatch, nearly three years after its initial release is a testament to just how good a job Blizzard have done in making it. I just find that the longer in the tooth the game has become, the shorter my flirtations with the game become every time I do get back into it.

Some of my issues are borne from the simple age of the game, which come from both a dwindling player base and the establishment of an accepted meta. At the skill level I play, games are becoming all too predictable. The 2-2-2 format is almost the only accepted approach to a team build, despite there being so many more damage based heroes in comparison to the other roles.

For me specifically, I want to try other heroes out, but rarely get the opportunity to do so. I’ve settled into the grooves of playing the heroes I’m good at while simply giving up trying to learn new heroes because I almost feel like I’m dragging my team down by picking them. I want to practice other heroes, but the community has become so focused on result that it’s difficult to see the warm and friendly community that seemed to eradicate from the game when it was new.

Part of this obviously comes down to a confidence thing. As much as I used to enjoy playing Zenyatta and Pharah, their recent changes have made me feel like I need to learn how to play them all over again. Combine that with my earlier comments about how I feel like taking the time to learn characters is a detriment to the team and my pool of heroes I feel confident with seems to be be dwindling rather than growing. 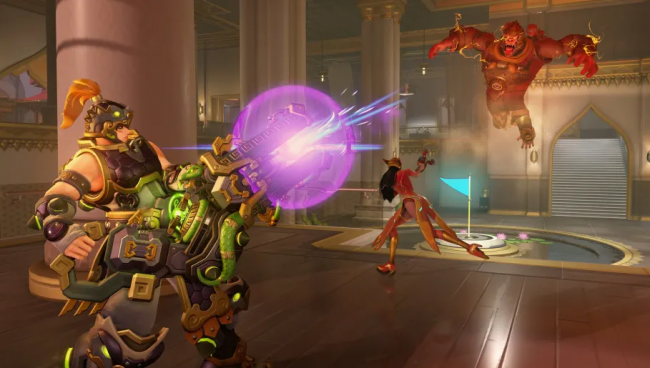 It might seem easy for me to bundle up all my gripes and complaints about the game and throw them in Blizzard’s direction, but Overwatch isn’t like their other games. At least in terms of how they roll out updates to the game. Unlike Hearthstone and World of Warcraft, this game doesn’t benefit from larger scale, titled updates which can change the entire landscape and meta of the game. At least in the same way a new card set would or paid story expansion.

The biggest new thing Overwatch gets is a character addition, problem is, if the new character isn’t one that resonates with you, or one you’re skilled enough to play (see Hammond and Ashe), then it feels like a change you can’t interact with. Sure, other players will use them, but in the case of Ashe especially, she doesn’t feel like a character that really mixed up the meta in any discernible way. She felt like a mix of McCree and Widowmaker to fight against with her ult being the most interesting thing about her.

Even the game’s seasonal events are beginning to stale a little. Outside of cosmetics, the annual Yeti Hunt, LucioBall and Capture the Flag modes hold zero appeal to me after the first time they rolled around. I understand that designing, balancing and introducing a new character into the roster is a massive undertaking in the game. But right now, I feel that meaningful additions to the game are just too infrequent to keep me engaged.

But Ultimately, maybe that’s all my problem. I have tried and tried to get into some choice fighting games, and no matter how much I enjoy playing Smash or FighterZ, I end up falling off them. Mainly because they are relatively simple games, which don’t change over the course their lifetimes in which they do remain incredibly active. Coming from a casual observer’s point of view of course. In a lot of ways, Overwatch is that exact same kind of game, which leads me to think that the longer Overwatch exists, the less its developers are making it for a person like me anymore.

It’s difficult to talk about Overwatch without talking about the Overwatch League today. The team based tournament which is being baked into the game itself, focusing in on making the game a real Esport. The Zenyatta nerf I spoke of earlier, that has made me much less effective with him came as a direct result of a player being utterly dominant with him in the league. While I fully understand why the developers would use the highest level of play as a basis for their hero balance, 99% of players don’t fall into that bracket.

There is much less leeway with higher skill characters. Which again, makes me feel like I’m a detriment to the team unless I’m playing the characters with the lower skill ceiling. Maybe I should take it as a sign that in this new landscape, I am not a platinum player and just allow myself to slip into low gold and silver. Maybe I’ll have a better time.

I used to roll my eyes at people on message boards who would just continuously spout negativity about this game, thinking they were entitled brats. But finally deciding to just get all of this off my chest, I start to realise that they might have had a point. They were just utterly terrible at articulating it. I have been enjoying watching the London Spitfire, play since this new season started. And while my time playing the game might be coming to an end, I feel like it still might find new life for me as a spectator sport.

As long winded and full of complaining as this post has been. I can’t really say Overwatch hasn’t been a massive game for me these past few years. Giving me a ton of enjoyment (and stress) for a lot longer than many other games do. And maybe it will continue to give me enjoyment in this new context as I keep watching those sky blue Korean boys play the game for years to come.