Me playing a video game on my phone is a rarity, finding one I actually feel strongly enough to talk about on here is even rarer. It’s partially because Apple doesn’t make phones that have batteries that can realistically support video games. The other reason is because there is a culture and design ethos behind the platform that incentives insidious business strategy over making a game of any genuine quality. 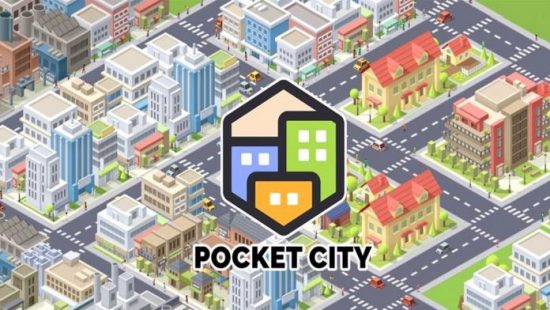 Which isn’t to say there aren’t mobile games that can have redeemable qualities, it’s why I decided to talk about Pocket City, a nice little title that took me for two week whirl.

Pocket City is a game that managed to pique my interest in a few ways. Firstly, it’s a city builder, a genre that I have some strange weakness for, despite never really playing one until about five years ago. It also happens to be a game that lacks the “freemium” trappings that many free to play games on phones have to employ to keep themselves in business. That’s right: I did the unthinkable and paid for a game on a phone.

While a city builder, the game still has familiar mechanics seen in games on the platform, in that there is little challenge to the gameplay and much of the appeal comes from steadily seeing numbers get higher, in this case, the numbers are represented as the size and scope of your city. Also, literal numbers get bigger. 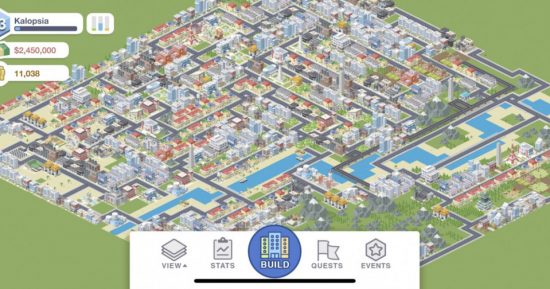 You start out with nothing but a town hall, and unable to place anything aside from roads, power, water and the standard residential, commercial and industrial zones. The early parts of the game involve finding a balance between the three requirements while slowly building up money and experience. As you level, you gain access to more aspects of city management; emergency services, recreation and (my favourite thing) traffic management.

On top of this, the game doles out smaller tasks as you go, giving you extra goals to work towards while you wait for your level to slowly rise. This allows you to expand your building zone. It hits a great balance of giving you more stuff while also tasking you with keeping your city happy, profitable and safe. 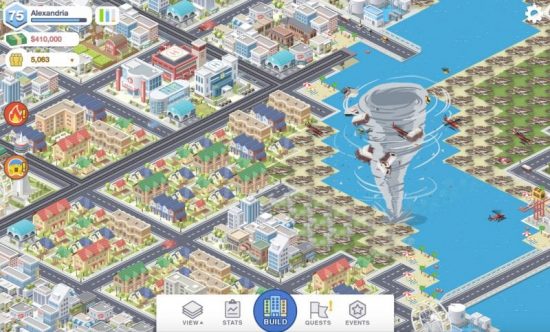 I enjoyed the majority of my time with the game, and even started a second city on a harder difficulty. Even then, it’s still a relatively simple grind based system. The sad thing is, that endorphin rush that comes from expanding further and unlocking new buildings become fewer and farther between once your over level 70. by this point, you have run out of room to expand and simply fire off timed events over and over to get the XP needed to level.

If you really like city builders, this is a great one for the platform. I had a hot and heavy few weeks with it, but once I hit the wall of things to do each time I opened the app, the shine really wore off.