I have a suspicion that there might be something wrong with my brain. Because when it comes to the Star Wars franchise, I find myself unable to dislike anything with that great black and yellow logo brandished over it. As a consequence, I’m unable to participate in this great fan experience that is dog piling onto the latest movie and getting super angry about Rise of Skywalker.

END_OF_DOCUMENT_TOKEN_TO_BE_REPLACED

Finally, after months of waiting, the trailer and the title for the new Star Wars movie has dropped. Episode IX: The Rise of Skywalker. As a title, this isn’t one I think I could have predicted, the thing that shocked me even more than the title itself though was the general reaction to the trailer online; which was wholly positive.

One of the last times I spoke about the Star Wars movies in any great length, it was unfortunately a piece to lambaste the fan base for their utterly pathetic backlash in response to The Last Jedi, and their targeting of particular people they (incorrectly) deemed responsible for their displeasure. Not liking a movie if fine, acting as though they had a right to do the things that were happening is not.

END_OF_DOCUMENT_TOKEN_TO_BE_REPLACED

Last time I wrote, I spoke about how good Poe Dameron’s character development in The Last Jedi was, how it jumped my expectations of what was going to happen in Disney’s revived version of the Star Wars universe. I also spoke about Finn, but let’s be honest, Poe was the real star of that show.

This time I’m moving onto two character’s whose relationship was the most fascinating thing about the new movie to me. They’re another example of how Disney really threw me for a loop and produced something totally different than I would have ever predicted, especially after being embedded in tradition and reoccurring themes for so long thanks to the old Expanded Universe. 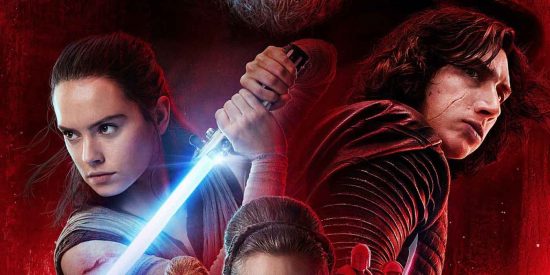 In this post I’m going to be talking about Rey and Kylo Ren/Ben Solo and how they’ve changed from when they first showed up in The Force Awakens and how events end in The Last Jedi. They’re two characters I had wildly different feelings about after the first movie and really had to sit down and digest them after walking out of the cinema.