Before this episode, I didn’t put a whole lot of thought into what Rachel’s deal was. I assumed something had happened in the very brief time her and Bam had been apart and that was keeping her from reconnecting with him. But after watching this episode I’m more inclined to think that maybe Rachel just wasn’t ever the person Bam thought she was.

She begins this episode by asking Khun to lie to Bam for her, who is still unconscious after his display of Shinsu. Before now, she seemed like this kind, nurturing soul that would do anything for Bam. But then it came to me, everything we’ve seen about her before now has come from Bam’s perspective. Thus, our vision of her is an unreliable one.

Bam worships her like some kind of saviour, because that’s exactly what she was to him to some extent. But we’ve never really considered her wants and desires. It never occurred to me that maybe she never wanted to be chained to Bam, and she only connected to him before she entered the tower because she was lonely and there was nobody else. At least, it’s a more complex take on the character than will probably be the case in reality.

Khun simply boils down her behaviour as being selfish and from his perspective, he’s happy to keep them separated. Because Bam is his little bro now I guess. I mean, they haven’t known one another all that long. Khun has a lot of baggage himself though, so I’d like to believe that there is something a little deeper and more complex going on here, that she’s a person free to make her own choices, with this being something more interesting than simple jealousy on Rachel’s part as a dream/vision sequence from later on might imply.

Outside of that drama, the rumblings of another storyline begin to unfold, with Anak realising that the Black March won’t respond to her, because it’ll only work for a handsome man. As we find out when she makes Shibisu hold it. When confronted with the horned, hooded woman from Rachel’s trio, she confirms my assertion from earlier that a Princess is some kind of assigned rank rather than something they’re born into.

Before that tense little confrontation can come to something serious though, we cut to a classroom and get a big old lore dump. All off the remaining regulars are informed they’ll be assigned one of five positions. Which seem more akin to role-playing classes to me. They’re as follows: 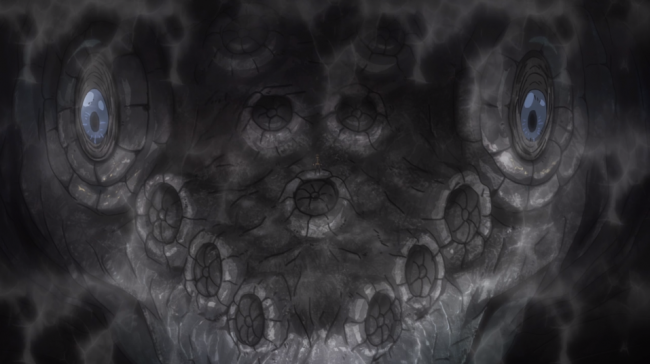 With this, the series takes one more turn I wasn’t expecting in terms of its power set and how this ascension of the tower challenge actually works, with each person beginning classes to learn their roles better. I’m going to evoke my single Hunter x Hunter reference for the post to say that it reminds me a hell of a lot like the part of the series where Gon and Killua learn about Nen for the first time, ironically while also climbing a tower.

Part of Bam’s training is a weirdly quick scene in which he makes some kind of pact with a huge aquatic creature in order to use his Shunsu powers, even though he seemed to use them fine before without this Warlock-like contract with an elder god. This really feel like something that could have been focused on a little more intently, instead of it just being skimmed over in favour of adding more weird intrigue involving another minor character and another action sequence.

At this point, it seems like these three person groups seem to dissolve and everyone present seems to intermingle a little more freely, which is weird considering that some of the people present consider everyone else an enemy or a rival. It all seems very counterproductive, especially when the scouts like Shibisu are tasked with making 10 friends. Along with the party-like roles they’ve all now training in. Are they working together to climb this tower or not?

The episode ends with a scene starting to resolve Anak and horned lady’s animosity from earlier, doing this by having them fight a little during their Fisherman training. From this we get the revelation that Anak isn’t a princess, but rather the daughter of one. Now having assumed her mother’s identity, she wants to take vengeance on the other Princesses that betrayed and murdered her parents. Heavy.

Whoa. I mean, I like it when a shonen series just gets to the point and doesn’t spend hours just spinning in place. But this episode had so much going on that it made my head spin.

There is just slightly too much going on for my liking in short order. There is a lot to explain in this series, I get that, and I feel like a 12 episode run is really not enough time to dig into this style of storytelling. But some aspects of this episode really needed more time to breathe and sink in. This needed to be two separate episodes at least. The series keeps changing the game with every episode and it’s becoming really difficult to keep up with it as a result.

Between all the character drama going on, the newly introduced power sets and other pieces of world lore we’re getting thrown at us, the weight of it all is finally starting to make my legs creak under them. I’m still enjoying Tower of God, but after watching this particular episode, I’m torn between wondering if the author was just using a random number generator to come up with plot points, or if this series really would have benefited from having 20-something episodes instead of just 13.