This month has just flown by. It’s honestly been a really weird Christmas for me. The one nice constant though has been my best of the year list. And this particular year, I didn’t have much pain in picking my top ten anime list. This entry in particular was cemented at the very top as soon as I started drafting this top ten, with little chance of it being budged off. Anyone who has spent any amount of time following my blog this year has probably already guessed what it’s going to be.

And now you can click the link to see my top ten anime of the year in it’s entirety. 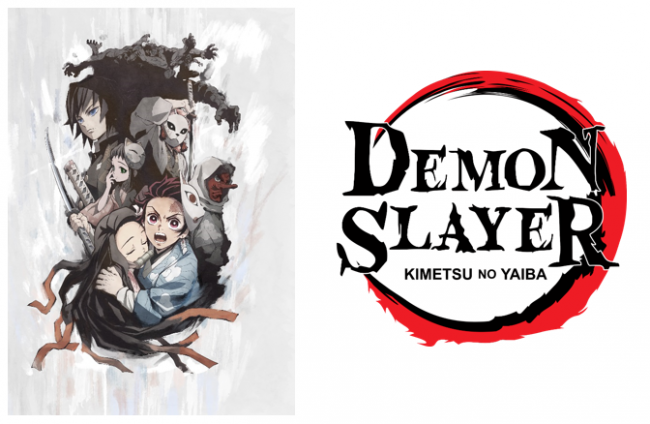 I don’t know where to start when it comes to Demon Slayer. I mean what else is there to say when I’ve already written a review of pretty much every episode of the series as they were airing. I absolutely adored this show and nothing else really came close to beating it out for the number one spot on this list.

First off, Demon Slayer is my favourite type of Shōnen, starting off with a pretty weak, but talented protagonist, who slowly becomes stronger as the series progresses. Through a series of training arcs and harrowing conflicts, Tanjiro gets more powerful, while also cementing his place in the world and amongst his peers. It’s like Goddamned catnip to me and exactly the kind of thing that made me love the first two seasons of My Hero Academia so much, if you wanted that little bit of context. 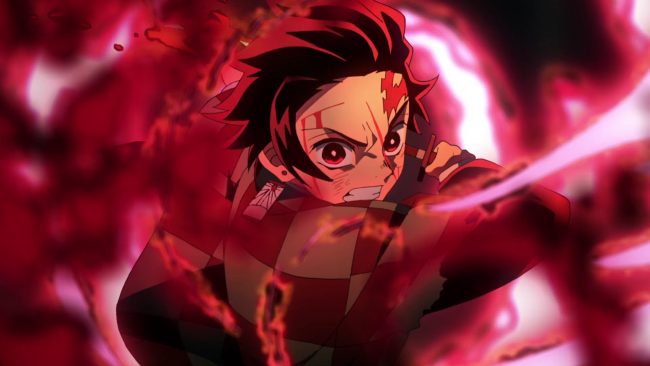 The main premise has Tanjiro, a earnest and empathetic young lad come home to find his entire family slaughtered by demons. The only survivor is his younger sister; Nezuko, who has been infected and become a demon herself. Through a timely encounter with a member of the demon slayer corps, Tanjiro begins his journey to become a slayer himself and ultimately find  a cure for his sister, turning her back into a human.

It’s as bog-basic as Shōnen premises get, but where Demon Slayer shines is in the utterly amazing execution of both its action sequences and the characterisation of its cast. I love Tanjiro as a protagonist. He’s just the purest little ball of sunshine, endlessly optimistic and dangerously empathetic. While edgy or “cool” protagonists are all well and good, the pure, unadulterated wholesomeness that radiates from Tanjiro is almost unnatural.

While Shōnen protagonists attracting the attention/admiration of allies and villains alike is nothing new or unusual in the genre, they often do so through their sheer love of battle, or their insane amounts of determination. And while Tanjiro has the latter in spades, it’s his kindness and willingness to empathise and forgive even the most heinous demons based on their own tragic pasts that really makes him attractive as a character.

Which also makes it so, when he gets angry, it feels oh so more impactful. And when he does get angry, whoa boy you’re in for something.

I’ve already spoken about impressive action sequences this year, what with Mob Psycho and going back to Miss Kobayashi’s Dragon Maid, but there is something special about the fight sequences in Demon Slayer that makes them stand out even over them. First off, Demon Slayer might contain the absolute best use of combining computer generated animation with traditional animation, at least that I’ve seen. It’s used consistently, and to great effect.

It even looks better than the CG in the Dragon Ball Super movie to me, and that was a movie, with a much higher budget and more time given to the animation team. Fights are always unique thanks to the weird array of powers the demons have available to them, and always thrilling. While Tanjiro spends a good portion of the series feeling kind of unstoppable, every fight sequence feels like a nerve wreaking last stand with all the stakes in the world. And these sequences just get better and better as Tanjiro’s power grows and we meet more characters. I mean, If I were to list my favourite moments or sequences in the anime of 2019, the top three would contain sequences from Demon Slayer. Specifically, the two times Zenitsu uses his Thunderclap and Flash, which are both amazing examples of animating extreme speed and power. The top would be Tanjiro’s final assault on Rui.

The sequence is something stunning to behold: The buildup, the animation and  the haunting soundtrack that accompanies the sequences adds up to what might have been my favourite singular moment in any anime I’ve watched all year. Even watching it back just now gives me goosebumps.

Without question, Demon Slayer was my favourite anime of the 2019. And I cannot wait for the movie to come out next year. I just hope that I can actually find some way of legitimately watching it here in the U.K. in a timely manner. Like last year, I feel like my bias towards hype Shōnen action sequences got the better of me. But I really do think Demon Slayer is a legitimately amazing show, and much more deserving of my number one slot than Dragon Ball Super ended up being last year.

I couldn’t help it though, I was still all hyped up over that ending… If you’ll excuse me, I’m going to find some Tanjiro and Ultra Instinct Goku compilations on Youtube instead of finishing off my final entry of the year.