With this post ends another year. It’s been an odd one for me personally, I’ve had a lot of major changes in my life this year, not all of them necessarily for the better. But, as usually, my self imposed ritual of writing top ten lists for the final days of the year has reinvigorated me to start writing on a more regular schedule in beginning of 2020. I just hope my work habits allow me the time to keep up.

I have some things planned for January, which I’ll probably address a little more a the end of this post. But for now, let’s get a bow on this thing.

Oh, one more thing. If you want to see my top ten video games of 2019 list in its entirety, then just click this link. 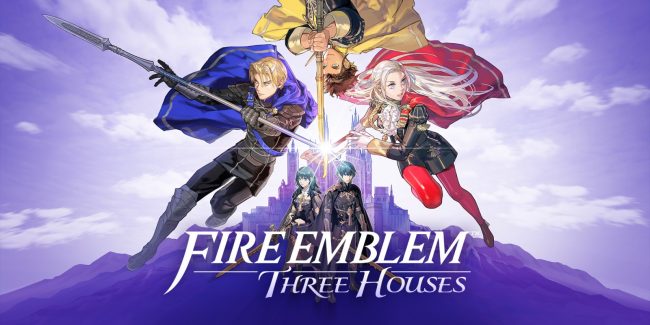 In the end, picking my game of the year came down to deciding just one thing: would I prioritise my own pure sense of enjoyment, or obsession. You know I’m going to go towards the latter every time.

The latest entry in Koei Tecmo’s Fire Emblem franchise, Three Houses was a game I had zero interest in playing right up until it came out and it seemed like all anyone could talk about. I fell into this game hard, it was all I could do and think about for the hundred or so hours I ended up spending with it.

It really came out of nowhere and really kicked me in the teeth. Managing to do this thanks to the duality of its nature, something I spoke about back in August. Three Houses is a game with two very distinct and almost completely separate sides, one half tactical combat, the other essentially a visual novel/dating sim(?).

The premise of the game sees the player roped into joining a monastery in the centre of a giant continent ruled by three factions of nobles. This monastery is a military school on neutral ground where all the children of the houses come to get their education, both in warfare and more mundane academia. The player finds them self the hip, young new professor in school, and are quickly forced to make your life defining (or so the internet would have you believe) choice; Which house will you teach.

From there, you meet and start to build relationships with this collection of characters. The charm comes from not only that you get to learn about them, their pasts, their hopes for the future and their fears. But you also get to choose whether they’re going to be come a walking armoured tank or a fireball slinging warlock. Which actually summarises the two aspects of the game that I enjoyed the most.

When not in combat skirmishes, you can spend your time walking about the monastery, chatting with the students, giving them gifts and eavesdropping on their conversations with one another. I didn’t take long for me to really start to grow attached to these kids in a very real way, seeing their interactions with me and their fellow students that range from genuine concerns about their future right down to goofy skits of them being afraid of the dark was so endearing I could just pop.

But you’re still these kid’s teacher, thus you have a big hand in how they grow and develop as combat units. Which is the other thing I really liked about this game. It scratched a very particular Pokemon itch for me this year that not even a new Pokemon game could manage. While each student has an inclination and talent towards specific stats and classes, it’s ultimately up to the player how you develop them throughout the course of the game.

During my second run, I purposely grew characters against type, just to see what would happen. And recruited as many students from other houses as I possibly could. It worked out pretty well in the end, although that’s probably a nod in the direction of my biggest issue with the game; It’s real lack of difficulty.

In the article I linked to previously in the post, I talked about the contradiction of Three Houses: How I found the game too easy, even on the harder difficulty, and yet refused to play with the permadeath mode on because I knew for a fact that I would save scum the game and it would end up lessening my experience of the game as a result. 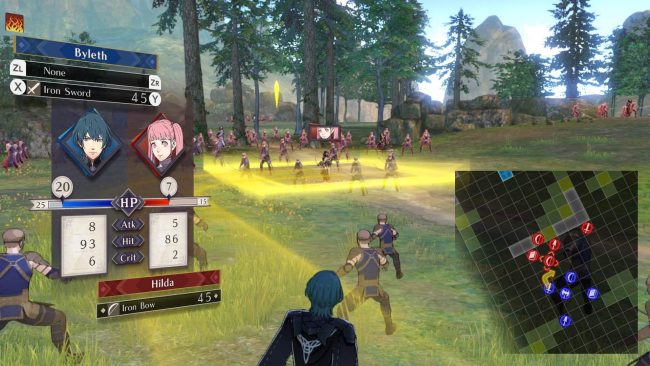 Even though the developers have added an even harder difficulty in the time since, the fact that it’s so easy to create a grossly overpowered team come the game’s second half that you end up just tearing through the final hours of the game. Especially considering by that point, the social aspects of the game have mostly been exhausted, and you’re only playing to see the ending and get your paragraph of text as the result of your romance option.

That’s not stopped me from wanting to start the game a third time and see the events from yet another perspective. Which in one more impressive thing about the game, your choice of house really does have a major impact on how you see the story play out, and how you can affect its outcome. There are things about these characters that can play the game through multiple times and totally miss. Things like the motivations of the game’s major antagonist for example. But when playing this game is such a joy, the excuse to start over needn’t be even this compelling.

Starting a new game of Fire Emblem is like starting a new Pokemon game for me, and brings with it all the promise of seemingly endless possibilities that may happen along the way. And then by the time you eventually cement your choices and team makeup, you’re just kind of going through the motions. Some very enjoyable motions mind you, but the joy really does come from the journey in this case rather than the destination.

I loved Fire Emblem: Three Houses, and have found my way back into finishing my second play through in the process of doing my research for writing this top ten list. In 12 months time, I kept thinking about whether I’ll be playing this game still, and whether I’d still be playing Apex Legends, hence my agonising about which game to put at the top. But to be honest, my gaming habits have changed so much that even had this been my favourite game of the decade, I’d struggle to find time to play a massive game like this on top of whatever new games are coming out in Q4 of 2020.

It’s kind speaks to the increasing amount of time I’m dedicating to watching anime that my game of the year ends up being what is ostensibly an anime dating simulator, which happens to have some combat mechanics.

But there you have it, with this post up ends my best of year lists for 2020. To be honest, I had planned on writing something about movies I’d seen this year too, but in the end I only really ended up seeing about 10 new movies all year anyway. Which would make writing about them kind of pointless when it was inevitably going to be me gushing about Avengers: Endgame.

Which I’ll get into when I continue my MCU Rewatch series, that I have struggled to find time for this month. Also, I plan on doing something about my biggest games of the decade in the near future too. So look forward to that. With that, I’ll say Happy New Year everyone and see you in 2020.