Oh my God this series of Doctor Who has been so much better than the last one. In my short time watching Doctor Who (pretty much since it came back with the 9th Doctor), I have noticed there always seems to be a series of transition, where the writers and the actor are still trying to find their Doctor. Everything is relatively new and nobody knows quite which buttons to push and which wiggly bits it’s okay to pull on. This second season starring the 12th Doctor has really got me excited for the series again after kind of a bum year, and it’s taken till this past week to realise it.

The following contains spoilers for Doctor Who episodes: The Zygon Invasion and the Zygon Inversion. 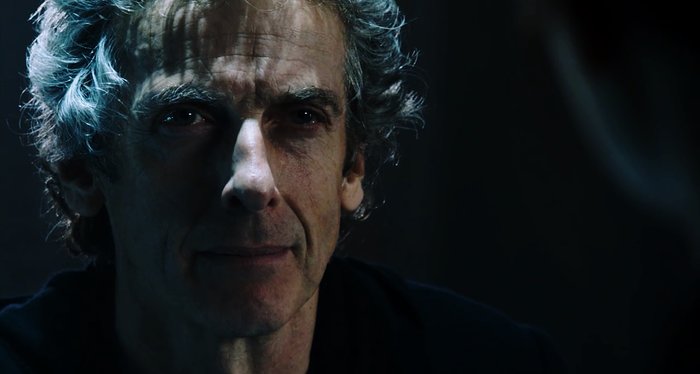 I finally got around to watching my new secret/not so secret favorite episode of Doctor Who in recent memory: The Zygon Inversion. A two parters that started as a very slow burn and managed to completely turn me around by the end, and it all comes down to a single scene where Peter Capaldi stands in a room for 10 minutes and just talks. No gadgets, no running and no trickery (well a little bit of trickery), The Doctor saves the day with an amazing monologue superbly given by a Doctor that might be becoming my new favourite. 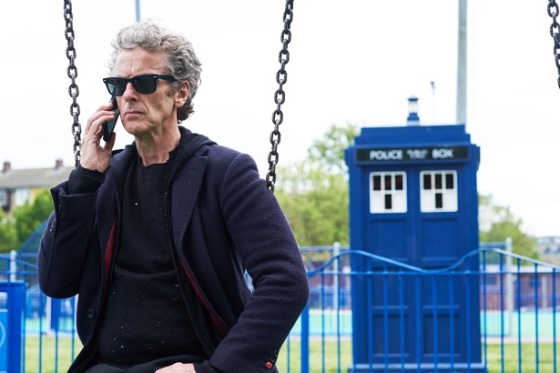 The two-parter acts as a follow up to the 50 year anniversary special and starts pretty mundanely, that is until we discover that the Clara who has been starring in the epsiode was not the real Clara at all, but the leader of the Zygon rebels that want to force their people out of hiding and start a war with humanity. The episodes start slow and a bit samey, but end in a scene that is one of the best I’ve selen.

The Zygon leader and Kate Stewart (Leader of U.N.I.T.) bot have boxes in front of them that contain two buttons, one that will give them what they want at the expense of the other and another that will mean horrible consequences, with only the Doctor knowing which is which. The final scene has Capaldi standing between the two women, trying to talk them both down from an unnecessary war, quoting his own experiences with the time war and how the same choice left him. It’s a powerfully acted scene by Capaldi that had me leaning into the television, hanging onto his every word. 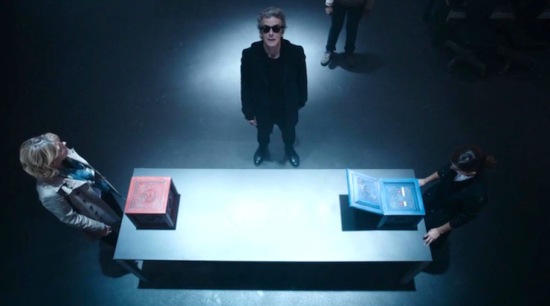 It’s even the strongest performance I’ve seen from Jenna Coleman, although it wasn’t as Clara Oswald.

Bringing in an older actor has given the Doctor more of a gravitas, more so than the previous two actors had brought to the role. Don’t get me wrong, I love Tennant and Smith, but they’re still young men playing an old man. Capaldi seemed to have gone too far away from them in his first season, but has finally found his happy balance.

Capaldi was a much grimmer Doctor last year, one who seemed to freely sacrifice lives to quench his curiosity. His arc was that he was a darker character and capable of much worse that his more recent incarnations. That arc seems to have been resolved with the finale of the last season, taking some of the weight from Capaldi’s shoulders and allowing him to have some fun. The sunglasses, his random playing of the guitar and referring himself Doctor Disco are some great additions, allowing some of Capaldi to be inserted into this version of the Doctor and make him less of a grumpy old man and more of a… cheeky, grumpy old man.

The button up shirt is gone, the hair is much wilder and there is a lot more fun going on. The Doctor telling someone T.A.R.D.I.S. stood for Totally radically driving in space, which makes no sense but is stuck in my head. Even the sunglasses, which I thought are a bit of a poor screwdriver substitute (have the classic tool or get rid of the sonic ex machina all together), have grown on me because Capaldi looks good wearing them.

Well done Mr. Capaldi, you snuck up below me and grabbed me by the ankles, bravo. I didn’t think the Doctor could get any better but you’ve gone and done it. I am looking forward to the future. And the past… and maybe some strange parallel timeline which involves more Captain Jack Harkness.