Here we have yet another topic brought about by me spending far more time than is healthy looking at social media. Having little better to do right now than just read Twitter endlessly, I am reminded that people seem to love arguing with one another. To the point where oftentimes they don’t even believe half of the stuff they’re saying.

You could call them trolls, they might believe themselves to be playing devil’s advocate. Honestly, I think some people’s brains have broken to the point where they just want to disagree with people for no real reason. I know I’ve been guilty of it, when I’m in a bad mood and I just want to find fault in everything I read.

I hold onto that feeling though, because if you’ll remember what I wrote about during my recent post about my personal approach to social media, you’ll remember that I don’t find that kind of behaviour constructive.

Which isn’t to say this can’t be a constructive urge in some cases when it comes to being a blogger. The previous part of this mini-series of posts; I spoke about my difficulties in producing articles I was happy with in short order when it comes to keeping updates timely.

That was an issue I’ve found I don’t have as often these days as my time to write is (normally) much tighter and I have to simply write things as I come to them. These days, the issue find I am having far more is a difficulty in actually finding the motivation to sit down and find something to jog my creative muscles.

Simply writing reactionary posts to anime, movies or video games becomes a bit uninteresting for me at a certain point, and it starts to feel more like a chore than something I’m enjoying and want to do. It’s at this point that I try to force myself to mix it up and find a unique angle to tackle the subject at.

Sometimes this can be difficult too, and that’s when that little devil pops up on your shoulder to tell you to just be contradictory. Just have the opposite opinion of the mainstream one, it’s sure to get people interested in what you’re writing, even if not for the right reasons. It’s something I don’t like doing personally. I’m not saying it’s wrong nesseserily, just that it’s not my thing.

There is a time and a place to act as the devil’s advocate. In debate and where there is more than one person present, sometimes it is necessary for one person to have the contradictory opinion to promote others into a deeper discussion of the topic and force people to justify their feelings about something. Not as a combative exercise, but as a creative one.

It can be a useful tool that forces you to dig a little deeper into something than you otherwise might have had everyone around the table just been in agreement. The problem for me begins when the disagreements aren’t borne from a genuine difference of opinion or a need to stimulate debate, rather when people are doing it for petty or self serving reasons.

Again, I’m going to get into politics a little here, something I used to avoid doing all the time. But what with how the world is going through right now, it’s kind of unavoidable. I’m not an expert, but I know the whole point of the opposition party in government is to scrutinise the current government in power.

Being contradictory is their job. But their job is also promote alternatives, and I feel like that’s something that doesn’t get pushed as much as it should. Here in the U.K. I’ve not been a fan our leadership for a while now, with the leaders of neither party filling with me any kind of confidence.

Previously, I shrugged and let them get one with it. It’s when it came to a couple of major issues that would affect the country and me that I started playing attention and getting frustrated with how divided they continued at act despite the fact that the very future of the country was on the line.

First was the whole Brexit mess, in which it took the government three and a half years to actually follow through with the whole thing. In part because it felt like the two parties wanted to spend more time shooting one another down and having dick measuring contests rather than just taking the time to try and do what was best for the country for five minutes.

Now we’re amidst the COVID-19 pandemic, and again it feels like the nation’s ruling parties more interested in taking pot shots at one another and just finding faults rather than solutions. 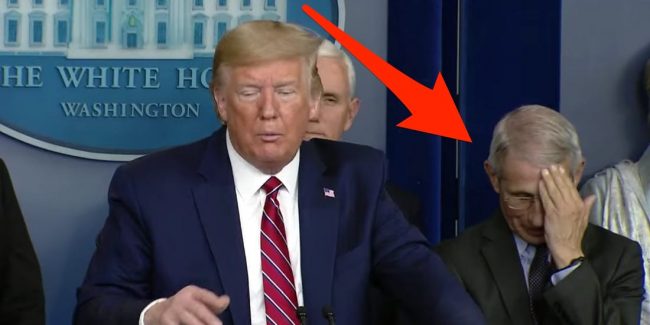 It’s been incredibly disheartening. Between this, the un-ignorable circus that is American politics and the general mentality of the people responding to this news, who only seem to care about themselves, it makes me genuinely wonder at times if we deserve to go on like this.

Which is why I’m just trying to avoid reading the comments at all costs now. It’s become impossible to tell whether people genuinely have become that stupid, claiming government advice to stay in is basically “house arrest”, or they are just arguing for arguments sake, because they want to troll everyone else out of boredom, or this argument based society has taken grip to the point where they simply cannot help but find fault, no matter how reasonable the point being made.

I kind of got away from this being about blogging there didn’t I.

So let’s bring it back around as I come to the end of this post, having a contradictory opinion to the mainstream (one you don’t necessarily believe in) can can be a useful tool to promote ideas in your mind, or to attract a minority audience to your blog who share the same feeling. It could even be an interesting thought experiment if you’re up front about it.

But a lot of the time it feels like this approach can infect your brain with being the “angry naysayer”. Especially when you’ve got nobody else to bounce off of and remind you to come back down to earth every now and then. To give an example, the Youtuber; Joe Vargas, A.K.A. Angry Joe has become a figure of self parody in a way, starting out as a genuine critic, he’s devolved so deeply into his own shtick that he’s forced to lean into that role for everything he does. (Admission, I haven’t watched any of Joe’s content for over half a decade, so I don’t know if he’s matured in that time, but there are countless other creators out there that fall into that same mould.)

To the point that he might have come to believe his own nonsense and become unable to have a genuine reaction to anything anymore. Sure, it’s given him a living and a fan base, but at what cost. Being the arse of every debate can certainly get you some attention, but at a certain point it becomes all you have, and I’d rather avoid being that person on my blog unless I’m doing it to promote a more genuine and passionate opinion.

Being a contrarian can be a powerful tool in both the hands of good and of evil. With social media making it impossible to know what anyone is truly thinking anymore it seems like we all just assume the worst of one another. I’d love to think every insane tweet I read is dripping with satire, but I really do think our minds have been broken and twisted by it to the point where having a genuine opinion feels like something you need to specify rather than the expected norm.

One thought on “Blogger’s Pain 2: The urge to be contradictory”