2007’s IT was a revelation in mainstream horror for me. For the longest time, I felt horror had been completely relegated to the status of sub-genre, destined to be nothing but shlock and budget attempts at recapturing the genre’s past glory at best. Never would I imagine it would find itself getting the budget and attention of the typical summer blockbuster. The question was; whether the sequel to that movie would be able to maintain that kind of momentum.

The aftermath of IT gave me hope that genuine horror could make a comeback in a big way, between the Conjuring franchise and a number of fantastic horror movies directed by Jordan Peele, we just needed IT Chapter two to cap off this resurgence in a glorious fashion…

I’m probably giving the success or failure of IT: Chapter two a whole lot of undue importance here. But I guess it’s my way of putting of the inevitable statement that I’m eventually going to have to write here: It’s simply not up to the standard set by the first movie. It feels… so much more generic by comparison. 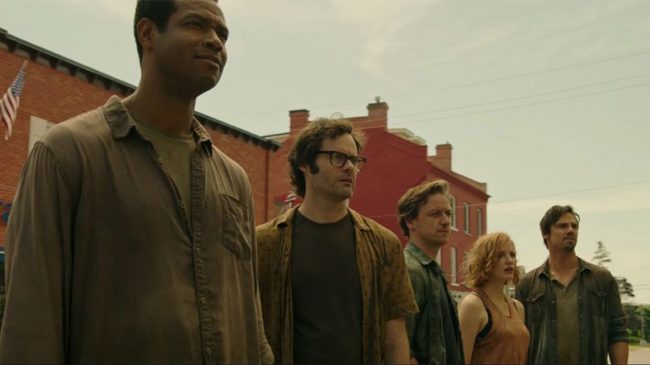 As far as the horror genre goes, IT: Chapter 2, is still a cut above the rest; a high budget outing with a fantastic cast to boot, tying up the story of one of Steven King’s most popular books previously only seen on an ABC mini-series. Splitting the two parts of the story into two movies, one following the character as children while the other showing them return to Derry as adults.

I really loved the first part of the cinematic reimagining, it felt like a throwback to a classic Spielberg era movie such as E.T. or Close Encounters. The child cast were endearing and believable in a way that I don’t think any collection of adults can every really emulate.

Being kids make the cast inherently more vulnerable, but also the relationships they form feel more important. The trials and periods of growth they all go through, overcoming their individual fear feel like as much a part of the movie as the horror aspects do. It was a character study as much as it was a horror movie.

This second chapter goes bigger in almost every regard, and ironically, the movie feels lesser for it. The major thing I took away from the first IT was the constant, underlying dread that clung to every event in the movie like a foul odor. While it was not without its large, CGI monsters, most of the best horror in the movie was born from simple practical shots. unnatural combination of symbols of childhood in inappropriate settings.

Pennywise was much scarier standing in the background of a scene than he was turning into a giant, toothy monster. The inherent “wrongness”, helped by the slower pace of the first movie helped create a sense of unease that felt like it could carry a movie alone, without the need for jump scares and disgusting monsters.

Chapter Two doubles down on the excessive use of horrific monsters and has far less creeping dread as a result. When it is there, it’s really effective, but thanks to the increased pace of the movie combined with the higher levels of action throughout, it feels more like an action movie at times than a pure horror. If Jaws taught us anything; it’s that the more you see the monster, the less effective it’ll be. 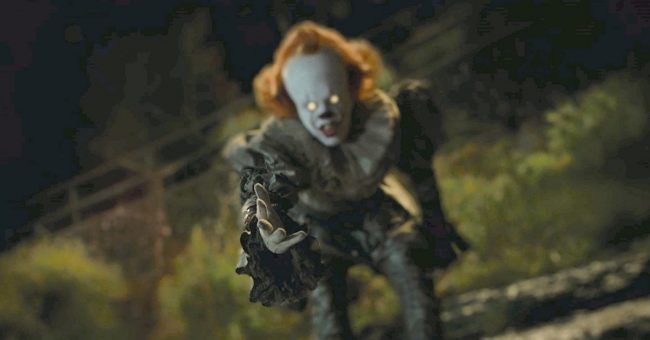 And by the time we get to the CGI naked old woman charging down a hallway, I found myself laughing instead of crying. Ultimately, that’s the big issue with Chapter 2. There are just too many monsters being waved in front of us all the time and there is no time to build that sense of dread or unease. While nearly three hours long, it doesn’t really feel like it because the action is pretty relentless throughout.

We jump from character to character, as they relive and remember the trauma of their past. Before encountering some monster that may or may not have any connection to this past trauma whatsoever. Another problem between the two movies. The kids in the first movies were actively living with their trauma, it was real and IT manifested in ways to exploit the things they were struggling with most.

In the future, most of the adult character have moved past their childhood trauma, to the point where they’ve forgotten it. Only to have flashbacks to remember what it was that made their childhood’s so miserable, but it feels hollow and flat in comparison. The kid’s were going through real issues, and coming together as friends was what helped them fight through all the metaphors that IT embodies. 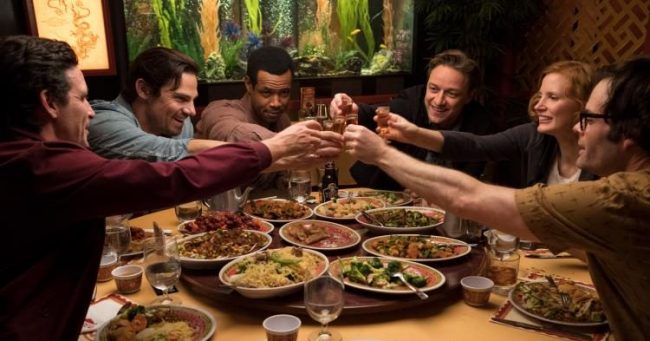 In the end IT Chapter 2 feels like a much more generic horror film, getting its horror from being grotesque and shocking rather than creepy or suspenseful. Additionally, the character’s feel like they’re getting a final cap on their development, the vast majority of the heavy lifting already being done by the time the first movie ended.

I enjoyed the individual performances of the new, adult cast. But IT 2 is a pale imitation of the first movie by the time the collective five hours of movie is over. coming across as a CGI powered action blockbuster rather than an unnerving example of horror brought to the mainstream.

2 thoughts on “IT: Chapter 2 Falls into familiar horror pitfalls”