I had a whole bunch of worries going into Detective Pikachu. It seems kind of silly in hindsight, seeing as how this is a kid’s movie at the end of the day. Strangely, the things that did linger on my mind turned out to be some of the best parts of the movie.

A co-production between the Pokemon Company and Legendary Pictures, the movie is a loose retelling of the plot from a 2016 video game with the same title. The choice to move away from the familiar characters of the prime games and the existing anime was a smart one.

Pokemon is having its second renaissance and desperately needs to separate its identity in the west from that of the anime and Ash Ketchum, something some people still can’t help but put together at every opportunity.

Detective Pikachu does an amazing job with this, creating this unique world, even within the lore itself that feels like a real foothold for the Pokemon Company to start a whole Cinematic Universe based with this movie as an anchor.

The world is very well realised, creating this hodgepodge of recognisable landmarks to create Rhyme City. Then filling it with a ton of bright and colourful Pokemon designs that make the world feel real, lived in. There are a few things that took me out of it, sure, but it’s nothing I can honestly hold against the movie.

For example, despite there being over 800 Pokemon at this point, it seemed like there are only a choice selection of them designed for the movie. Understandable, considering the work that would go into designing and rendering just a single animated creature.

It becomes noticeable though when you realise you’re looking at a crowd shot that is made up of mostly Sneasel and Growlithe. That’s the thing about Pokemon designs; they’re so recognisable that instances like this stick out like a sore thumb.

It’s a minor issue though, which is impressive considering the concerns I did have before hand. Concerns like the titular character for example. I like Ryan Reynolds just fine, but I feel like he’s in a position where, whenever you see him in something, you can’t not see Ryan Reynolds.

And that mental image, scarred into my mind’s eye made me feel like his portrayal of this character seemed really out of tone with the rest of the movie, based on the trailers at least. In practice; Reynold’s Detective Pikachu is actually the saving grace of the movie. The rest of the plot… I could give or take. 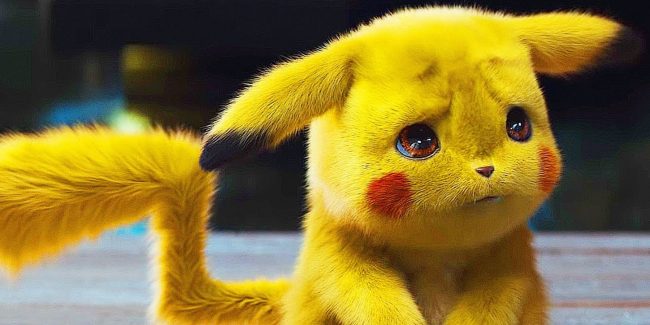 Ultimately, this is a movie for kids. Something I’ll admit that I kind of forgot going in. Thus a lot of the action beats and plot points are a little more family friendly than you’d expect. Reynolds is like the breath of fresh air that gives the movie some levity where it otherwise would have been sorely lacking it.

Pokemon Detective Pikachu is a fun movie that shows an incredible reverence to its source material, combined with a fantastically well realised visual approach, both to the Pokemon themselves and the city the movie takes place in. It’s appeal for me was to see a live action world of Pokemon, and it delivers on that perfectly.

Much more akin to a Star Wars than a MCU, I can see there being many more Pokemon movies in the future. Which is the real appeal of Pokemon as a franchise, any story can be told there, and I feel like it’s just going to get bigger and better in the future.