While the mysterious webcomic artist known only as ONE is much better known for One Punch Man, his second best known work is probably the better of the two. As much as I enjoy One Punch Man for its insane action spectacle and sense of parody. Mob Psycho 100 was actually always a better show in my books. 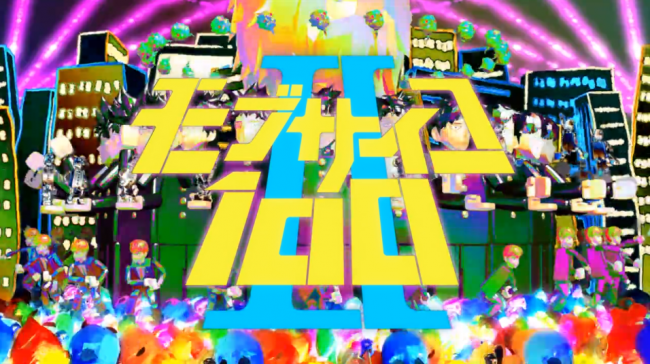 The first season aired in the summer of 2016, and it’s been a long two and a half year until we got a second season of it. And only one episode in, it already feels worth the wait.

The first part of this episode is a reestablishing of the status quo; Arataka Reigen as the con man with a soft spot for a sob story and his mentee; Shigeo Kageyama, who is mostly known as Mob. They’re both out in a field, giving some farmer the business about his haunted land, and Mob then deals with the overwhelmingly powerful evil spirit with little trouble.

Right after this we’re dropped into a meeting of the “Psycho Helmet Cult”, a group in search of their messiah. Amongst them is Ichi of the News Club, who knows full well that it’s Mob they’re looking for. Before she will tell them what they want to know, she is determined to raise Mob’s self confidence, and does this by manipulating him into running for student council president. 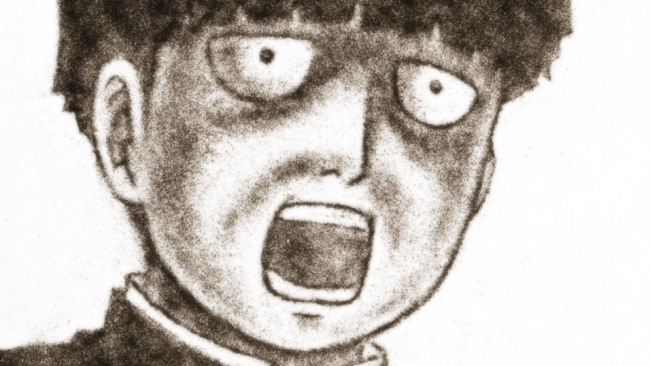 To say Mob is socially awkward would be putting it lightly, he is more socially oblivious. It’s a strong reestablishment of Mob’s strength of character, because while he might not be powerful in terms of personality. Mob is determined to be exceptional for absolutely anything outside of his psychic abilities, which are sadly the only apparently exceptional thing about him.

It’s a testament to his character though, that despite the potential for him to create a cult of worshippers around him, as Teruki did in the first season, he still attends the bodybuilding club after school every day. Despite his limited improvement. It was actually one of the sweetest things about the first series; that the rest of the body builder club supported him and looked out for him purely because of his commitment to self improvement, as psychically weak as he continues to be. A unrelenting support that comes up more than once in this very episode. 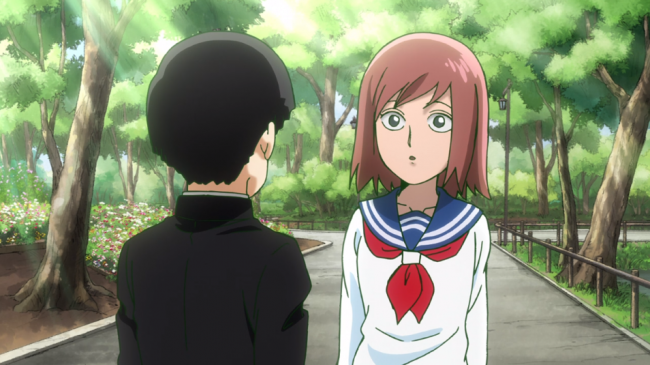 Speaking of sweet, this one really got me in a way I was wholly not expecting it to. After Mob froze up during the presidential speech, a group of girls dare one of their circle to ask him on a date. Something Mob initially rejects, not wanting to lose face, the girl pursues him for a week, and the two actually forge a bond over the time. Despite being socially inept, Mob is an incredibly sweet and earnest person, and the culmination of the episode shows him sticking up for Emi in front of her friends when she obviously doesn’t want to lose face by doing it herself.

It’s a lot sweeter than I had been expecting from this goofy action show. Between the simplistic art style, psychedelic intro and themes of how power corrupts, I already loved Mob Psycho 100. This episode already had its hooks into me before it tugged at my heartstrings by the time it ended.