This is part of an ongoing series, to see all of my posts on the MCU thus far then just click this link.

Something that never occurred to me the first time I watched Black Panther was how similar it was in so many ways to the first Thor movie from way back when. There were so many big introductions to the MCU within this movie that the parallels between the two stories was completely lost on me.

When I spoke about the first Thor as a part of this series, I was somewhat critical of it not really holding up. In many ways, this movie seems like it’s taking that story and just doing it better. Which shouldn’t be taken as belittlement of Black Panther in any way, because it does plenty different that more than makes up for the shortcomings of the movie I feel like it was maybe trying to make up for. END_OF_DOCUMENT_TOKEN_TO_BE_REPLACED

There’s nothing like low/non-existent expectations to make you enjoy a movie all the more. I really didn’t know what to think about Black Panther going in. If anything I have been overly pessimistic about all of the super hero movies coming out this year. I’m actually glad this has just turned out to be my bad attitude in this case, as when I eventually got to go and see Black Panther, I really enjoyed it. 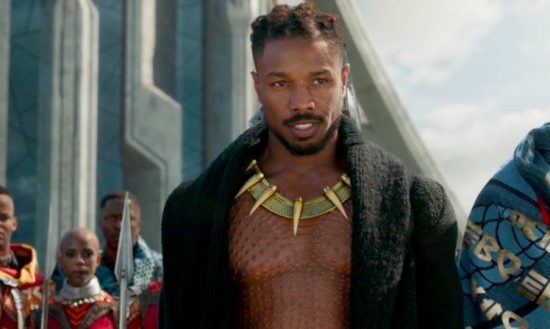 One of the things that stuck out about it the most to me though, amongst a whole swash of strong points, was the movie’s villain; Erik “Killmonger” Stevens, played by Michael B. Jordan. Anyone who thinks about the Marvel Cinematic Universe even slightly critically will know that the franchise’s movies have a villain problem. More often than not, they’re pretty weak as far as characters go. They might have cool design or seem physically imposing, but them actually being compelling as characters is rarely the case.