What a week I’ve had. Learned I’m doomed to be stuck with ass-speed internet and the entirety of my Christmas bonus is going toward replacing a busted wheel on my car. 2020 has just been adamant nothing go my way. I almost feel bad for celebrating this year in any shape or form, considering how terrible it’s really been. But then again, this anime needs to be talked about, and I don’t see anyone else doing it…

(Click this link to see the archive of entries so far) 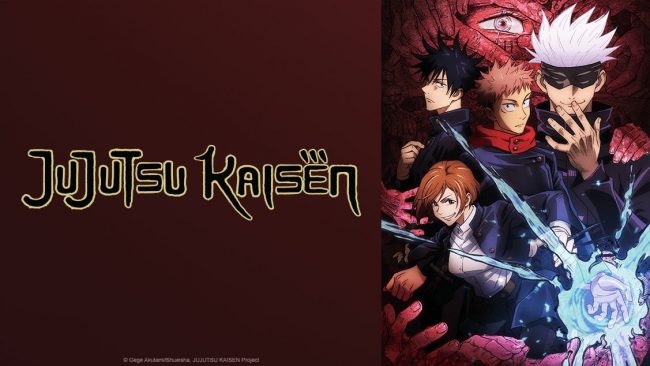 I was really toying about with where this episode should place on my list. As of the time of writing this, we’re only 11 episodes into a 24 episode season, and some weird part of my completionist brain wants to prevent me from talking about an anime I’m not even half way through the first season of.

It was the realisation that I am enjoying every moment with this series and honestly, there is not real reason for me not to place it somewhere on this list, so sod it.. Which has been been the overriding asentiment behind the creation of this entire list if I’m honest. Like I’ve said in years gone by, this list isn’t supposed to be an assessment of these shows by any critical metric, it’s simply a list of shows I’ve gotten the most enjoyment out of, and I’m certainly enjoying the hell out of Jujutsu Kaisen.

This is something some of you may have read me say before, but I love good characters. Good as in kind, empathetic and wholesome protagonists who embody all of the classical heroic traits you’d find in a cheesy superhero comic of the 1950s. It just work on me. It’s part of the reason I enjoyed Demon Slayer so much last year and why Itadori is also such an attractive lead to me.

Right from the first episode, we get to see all of Itadori’s selflessness, kindness and fearlessness in the face of seeing something pretty horrific. He is a classically heroic character, made all the better by the fact that he’s a total doofus. That wasn’t the only thing that left an impact on me from that first episode though. Because my God this show has some phenomenal looking fight scenes when it wants to.

By far, these have been the best looking action sequences I’ve seen in an anime all year (Pretending I forgot about My Hero Academia for the purposes of this post). Not only that, while the show is a battle shonen, it’s not afraid to be dark and gruesome with the curse spirits and what they do to their victims. Again, it reminds me a lot of Demon Slayer, in that the world is a very dark, brutal place which all works to make the shining light of the protagonist shine even brighter than ever.

The one thing I’m still not convinced of yet in the show is the supporting cast. While I adore Gojo and Kento as the mentor figures, I’m still yet to be moved by Fushiguro or Kugisaki. If anything, I’m far more interested in Yoshino, who has all the hallmarks of a single arc tragic villain. Which I’m beginning to think might be the eventual fate of his character at this point.

Right now, Jujutsu Kaisen is placing on my list based on its momentum. It started strong and when it’s been good, it’s been damn good. So as it stands, it sits perilously in the 6th spot. While is could certainly screw the pooch and fall down in my estimation, I don’t see that happening. If anything, by the time it’s over, I could very easily see it being something I regret not placing higher.

The dark tone, the bright hero, the amazing fight scenes and animation are all a match made in heavy for my anime tastes. And is just one more example of all the best shows of the year coming out in the final few months of the year. Which has made compiling this list a very annoying process for me and my weird completionist brain.