The genesis for this post came to me after reading a tweet thread started by Scott of Mechanical Anime Reviews. He, and a few others were having a little debate about talking about Elaina: the titular character in Wandering Witch: The Journey of Elaina.

I was initially going to post my little piece on the matter, which turned out to be too long for a single tweet. Work ended up getting in the way of those plans. But my mind still lingered on the point and after watching a few more episodes of the series I felt the need to delve into her a character rather than letting this post fall into obscurity in my draft folder.

The talking point in question is the characterisation of the main character herself. Elania’s agency in the story and her very morality in how she reacts to the events she encounters. Many of which seem like life and death situations for those involved.

During my 3 Episode Rule post about the series, I summarised my feeling on those early episodes by stating that I’d like it to continue down the dark tonal path that it had begun venturing into during the third episode, which was much grimmer compared to the first two. Having caught up top the 6th episode now, I can say that the show seems to really take its anthology format to heart and really shifts in its approach from episode to episode. 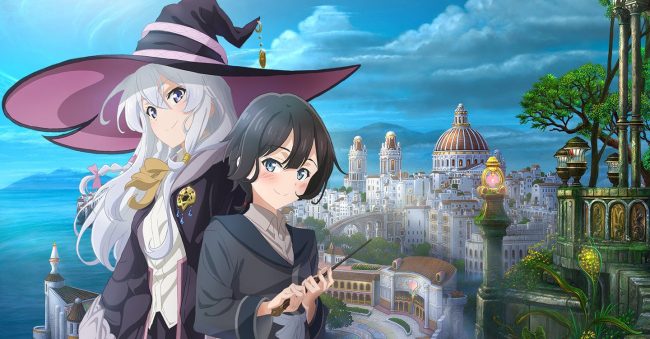 The fourth episode continues in the same tone as the third, delivering on the darker more cautionary tale style of storytelling. It shows Elaina arriving in a destroyed city and eventually discovering its sole occupant had been the one ultimately responsible for the rampant death and destruction, having gone mad with grief.

To bring it back to why I started writing this, the tweet from Scott talked about how he wished Elaina had someone to talk to on her journey, mainly because we lose her perspective on the events. As the titular character of the series, we really should care about Elania’s thoughts on the event that take place around her.

The problem some people seem to be having with her is that she herself hardly seems invested in the events happening around her as she continues this journey that she seems oh so dedicated to continuing. Within the third and fourth episodes of this series, Elaina is kind of a hollow character. Mostly observing these events take place and then leaving without making any moral judgement or even really summarising the events by giving the story a final lesson we could learn.

In a way, I actually appreciate the anime for taking this approach. There are no shortage of anime in which characters rock into a new place, see something they don’t agree with and then impose their will and moral stance upon the situation, thus becoming the hero and then moving on to hero somewhere else. 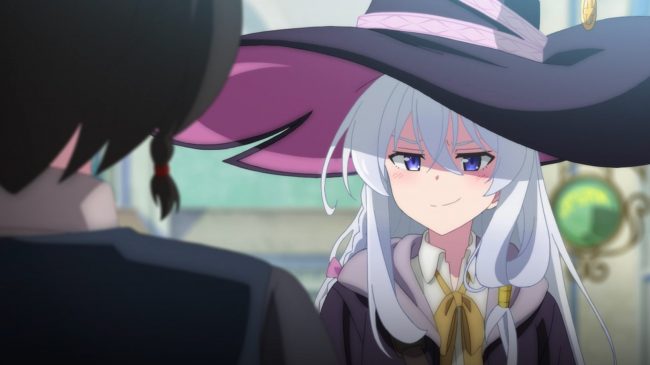 What we usually find is that in these kinds of stories is that the hero is usually correct in their meddling. Anything they end up doing is invariably the correct course of action by the standards of the show itself. What these kinds of stories rarely touch upon is the fact that one man’s revolutionary is another man’s terrorist, that one person’s savour is another person’s sower of chaos.

I appreciate that Wandering Witch takes a cooler, more detached approach to these Grimm style tales and allows them to play out exactly as they’re meant to play out, with Elaina having very little input on how things end up, certainly in the 3rd and 4th episode she doesn’t do anything that alters events from turning out any way than they would have otherwise. Even though she’s partially responsible for some of the outcomes she witnesses.

But to Scott’s point, this makes Elania unappealing as a character. She’s too detached and unemotional about the pretty tragic events that she seems to be consistently stumbling upon of late. Given, the most recent episodes (6) have had her actually taking a moral stance on an issue and directly altering events within the place she’s visiting. But that only seems to happen when she is asked to do so.

And even then she doesn’t always seem willing to help at all. More often than not people ask her for help and she just tells them no, with a “there’s nothing in it for me” attitude. Y’know, honestly I am on board with this attitude from her on a personal level. But at the same time, it’s something I’m super unfamiliar with seeing in an anime like this.

Up until this 6th episode, I’d have said that Eliana takes an almost documentarian approach to her journey, observing and recording events with a strangely detached attitude. The problem is, she doesn’t seem to be making the active decision to not pry in other people’s lives and then feel about all these injustices in the world. At times she seems genuinely disinterested in the hardships of the people she encounters. She doesn’t seem invested, so it makes it difficult for the audience to feel invested by proxy.

It’s like in the fourth episode, where she stumbles into a dead city, sees the monster that destroyed it and meets the woman who seems willing to die in an attempt to stop it. The woman, who feeds her and provides her with shelter asks if Elaina will help her gets a “Nope, there’s nothing in it for me” before jumping in a bed and squealing in delight about how comfortable it is, while a woman might be sitting in the next room preparing for her own death. (She’s not, she’s baking. But that’s beside the point)

Which feels all the weirder by the fact that she does end up caring enough to hide out in the line of fire to see how things will play out.

Originally, after watching episodes three and four back to back, I came to a conclusion that maybe Elania wasn’t meant to be liked. Like she was just a narrator and an observer of events and the grimdark fairy tales she encounters are the stories we’re meant to pay attention to. But then episodes five and six end up directly focusing on her and her relations to her former teacher and then her reconnection to her old friend from episode two.

The later of which she seems less than thrilled to see.

And that’s the thing, Elania doesn’t really seem like a nice person. She certainly thinks she’s one, as seen during the events taking place within the city where nobody can lie; testing the rules out by blurting out that she is “incredibly beautiful” and “she is pure-hearted”. Although, I chose to interpret these as her view of herself rather than actual fact. That’s the thing about “truth” it’s all in your own perceptions.

I might not especially like Elaina as a character, but at the same time I feel like her role in the series isn’t to be liked. It’s to be the narrator and observer. But to disagree with Scott’s point, I’m kind of glad she isn’t there giving us the moral of the story at the end of the episode. If we got the episode ending with Elaina telling us who was right and who was wrong, it’s almost as if she’s imposing her moral will upon the story, twisting it to become her story in some respect. At least the story is giving us the chance to come to our won concussions. As pointed as they may end up being.

It really makes me wonder what the author’s original intent with this series was. Whether it was supposed to be a light, but sometimes dark, slice of life travel show. Or if they really were trying to tell a story about how isolationism combined with skill and talent can negatively affect you on an interpersonal level. I know that living alone, combined with the lockdown has caused me to forget how to talk to people sometimes.

I just lack the ego of Elanina for it to develop into this weird sense of detached superiority though. While the recent two episodes threw some water on the fire that was my original take on Elaina as this apathetic documentarian, the events of those episodes really do show that she seems uncomfortable with displays of emotion. Wanting to leave the mage school before Fran can see her off, and her constant dismissal of Saya, along with her girl crush.

The more I’ve watched Wandering Witch and thought about this, the more I’ve invested myself in this character arc I’ve perceived Elaina to be on. To be frank, she’s not an especially likeable lead all things considered. But I feel like there’s enough subtext in there that her growth as a person and realising she needs to participate in the world rather than just skim along the surface is the ending point of this story.

But if that’s not where we’re going, I’m going to feel especially red-faced at having read to deeply into this, and unsatisfied by it not paying off what I feel like is the underlying message. Or we could just go in the total opposite direction and Elaina ends up becoming a Doctor Manhattan like figure by the end. Which wouldn’t actually be the worst outcome either.

I guess while I don’t essentially like Elaina as a person. But I feel like she’s different enough from the norm to be interesting and I value “interesting” much more than I value liking characters in my media. But that’s just me. Thanks Scott for the idea anyway. I’m not sure if I ended up totally missing the original point you were trying to make about her, but I felt like I needed to get this one off my chest.