2020 has been a weird year. Has anyone said that yet, how many times am I going to say that during the remainder of this “Best of Year” celebration for 2020, place your bets. Of the many strange and unexpected occurrences in the past 12 months, one I’ve found the weirdest is how I’ve found an appreciation for watching other people play games rather than playing them myself.

And here I never thought we’d get here.

People have been doing this for decades, but personally, I never saw much of the appeal to watching someone else play a game when I could be playing it myself. Maybe it’s been a lack of time (from a personal standpoint, I’ve never been away from work this entire year), a lack of patience or a lack of friends. Any of and all of those reasons have contributed to me really enjoying watching other people enjoy video games in a way I never really have before.

The entries on this list are on here for a variety of reasons, some of which is the particular playthrough I watched, while others are the nature of the game and not actually having access to playing the game myself anyway. Thus watching someone else play it is the next best option. But I’ll get into that per entry.

Also, I’m not ranking these entries in any way either. I know that’s the whole point of this best of year thing; to rank and quantify things in a neatly structured way. But these particular entires are all on here fir such different reasons that there’s no honest way to assign them a value.

I just wanted to spend some time celebrating the games I couldn’t play and the creators who have given me a lot of enjoyment this year, getting me through what has been a tough 12 months for everyone.

Phasmaphobia – Played by pretty much everyone

Phasmaphobia is an indie horror game that came out in September of this year. It’s a first-person game in which a group of intrepid ghost hunters venture into several haunted locations, trying to identify the ghost within by royally pissing it off. Also trying not to get killed along the way.

My first exposure to this game was through Giant Bomb’s 7 Crazy Nights feature, in which Abby Russel and Vinny Caravella play horror games in the buildup to Halloween. Since then, this game has become something of a streamer darling. Using a combination of VR, proximity chat and a perfect amount of jank-ass game design to make it equil parts scary and hilarious.

Since then, other creators I follow like the Game Grumps have been playing this game, and in almost every regard it’s always funny seeing people wrestle with the game’s controls, scream over mic to antagonise the ghost and then become genuinely afraid when the game works its magic on them, locking them in with the ghosts.

80% of the enjoyment of this game comes from the social experience of it all. And seeing as the only gamer friends I have are Call of Duty exclusives these days, it’s an experience I don’t think I’d have myself. And so watching a bunch of entertaining people I enjoy play it instead is a welcome second option. This year was the year I started following funni Irish boi Chris O’Neill and his cavalcade of friends on his lets play channel in earnest. He’s the daily uploading video game Youtuber I don’t think I’ve missed a single upload from all year, and has even become the absent-minded thing I’ll just put on in the background when I want some noise to keep me company. Some people might find the style of humour on Oneyplays a touch problematic, but I don’t think any of it comes from a hurtful place.

And honestly, despite by bleeding liberal heart, if you can’t accept that everything is up for grabs in comedy, then you’re a pretty boring person.

I don’t want to turn this into a debate though. Of all the playthroughs on the channel this year, I think Chris, Lyle, Zach and Tomar playing Worms might be my favourite. It’s a pretty absurd game in the first place, and seeing people rag on, but also genuinely enjoy it at the same time is a heartwarming experience. These guys are pretty chaotic at the best of times, and that combined with the chaos of Worms is ideal. 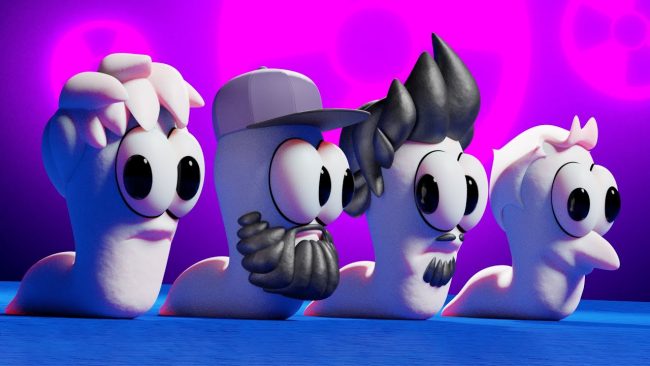 Them playing this game feels like it came about as a direct result of the Covid lockdown. And while America seems content to allow the virus to run rampent in their country, these four boys following the rules and keeping separated resulting in a rare case of all four of them being in the same video and getting to play seperastly.

There have been some great playthroughs on this channel this year including one of Titanfall 2 and Metal Gear Rising: Revengeance. This has been my favourite Youtube channel of the year.

This is a first: me talking about Minecraft streamers. I’m shocked it’s taken me this long to combine the two topics that feel like they go together as happily as chocolate and peanut butter. Although I guess my example of it comes from a bit of a different place than most. I’ve played a lot of Minecraft myself but watching other people play it has never really appealed to me.

I think Giant Bomb crew might be the only people on the internet I’d watch do literally anything though, and seeing a whole bunch of them come together to start digging their way through Minecraft was a super relatable experience. The game has changed a lot since I last played it, as seemed to be the case for a lot of the Giant Bomb crew when this series started.

Like with the previous entry, this entire playthrough came about thanks to Covid, with people being locked at home, Giant Bomb had to rethink their content and as a consequence, the ability for all of them to be on a computer at the same time become a necessity rather than a luxury. So we were able to get games like Minecraft where there were 6-8 of them playing at the same time.

Their inherent ability to entertain me combined with them fumbling through the new mechanics to them was great as many of them seemed to rediscover a genuine enthusiasm for the game after being away from it for so long. Plus, this wasn’t the only Minecraft playthrough I enjoyed this year. Once again I’ll bring up Oneyplays, who also put some time into Minecraft.

Although in this case, it was mostly them trolling their fanbase and one another while abusing the god tools that came with them admining the servers. Weird thing; me talking about people streaming Minecraft on the internet in 2020. I’m more surprised than anybody.

I don’t think there’s ever been a game I care less about playing myself that I’ll happily watch someone else play than Hearthstone. In all honesty, I’m posting this entry more for the creator than I am the game. I started following Eddy back when he was still making Gary’s Mod animation of Game Grumps videos and posting highlight compilations of him playing CSGO with his friends. 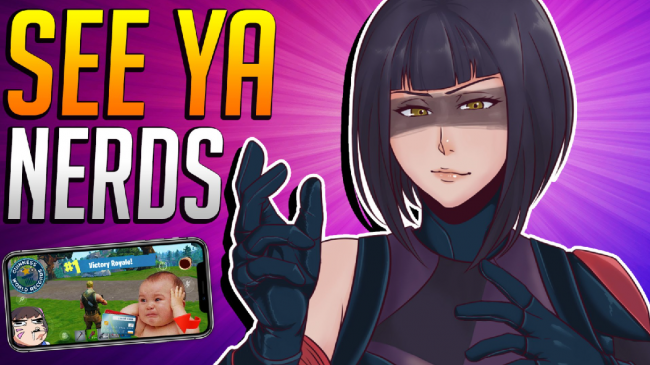 From there he became a big tome Overwatch streamer, which worked for me because I was also obsessed with the game at the time. Since then, he has moved onto other games and spends most of his time playing Hearthstone, with other games like Warzone and Animal Crossing thrown in there every now and then.

And in all honestly, this is another guy I’ll watch play just about anything. I’m not normally a fan of solo YouTubers/streamers. There something about their manic energy that generally irritates me, like they’re making the effort to be as over the top and obnoxious as possible. It doesn’t do it for me. Which is why I am usually attracted to lets players who operate in groups. The dynamic works better for me.

And maybe the solo thing might still be true for Eddy. I generally only watch his edited highlight videos via Youtube, which are always with other, familiar voices of the people he plays with. Plus, he’s just a chill and genuine guy. He has this laid back, but witty approach to his videos that really works for me. Maybe there’s a ton of streamers out there that fit into that exact mould, but I’ve been on the journey with this guy since before he was streaming as a job and I’ll happily watch him play anything as he banters with his friends. All bundled up with some great editing.

Including Hearthstone, which is a game I hardly care about and only scarcely understand. But making fun of boobs lady is something we can all understand.

Among us – Literally Everyone

This is really the genesis of this entire post. I’m not sure there has ever been a game I’ve enjoyed watching other people play so much while having zero drive to try and play it myself. It might have something to do with the fact that, in my mind, this is a game designed to be played with people you know: Friends and family. Playing this game with strangers really defeats the point of it in my mind.

And I don’t know 7-10 people who really play video games outside of Fifa, let alone give some weird indie party game the time of day like this one. So living frivolously through other creators I know as they play game after game of Among Us has become something of a bi-weekly treat for me, whenever videos of people playing it go up.

Because while the game is years old at this point, it’s only in the past few months that it’s blown up. So much so that the creators have cancelled their plans for a sequel and have just gone back to working on this one.

The group that really got me into enjoying watching this game is Teamfourstar; a highly talented and entertaining group of individuals who I know pretty well from watching their older video game and D&D streams. So seeing them all laugh, cry and troll one another in Among Us is a match made in heaven. Additionally, I’ve enjoyed both Game Grumps and the Giant Bomb’s circle of influence playing this, and it never gets old seeing just how quickly some people crumble under pressure.

You’d think, with everyone being stuck at home thanks to lockdown in 2020; I’d be talking about how I gained a new appreciating for watching other people playing games. But like I said before. I’ve not stopped working all year. So I don’t know what’s gotten into me.

Maybe it’s because 2020 has been my least video game playing year maybe ever. Either way, I hope games like Among Us and Phasmaphobia promote developers to start paying more attention to this smaller, party game type scene. Where the game is more of a toolset for social interaction and playing off of the person instead of the playing against the game as much.