Is this your first time stumbling onto this series? If so and you feel like going back and reading from the beginning, why not visit my Prodigious Preamble where you’ll find links to every article in this series.

I adore Captain America. Watching this movie again only reinforced that feeling. Now that Endgame is over, and we’ve seen his story from beginning to end, I think I’m willing to make the jump and say that Steve Rogers is my favourite character in the MCU. For all the complexity of Tony Stark and swagger of Thor, Steve Rogers is heroic to his core. He’s an inspirational figure and to put it simply: he’s just good.

The superhero genre has grown a lot since the Golden Age of comics back in the 1930s-50s. In that time, stories surrounding these characters have become infinity more complicated, dealing with moral, personal and emotional stakes of living that kind of life. Making them more human and less iconic.

With all these changes, the “purity” of the superhero has been lost to a certain degree. Even with the man whose supposed to be the purest of them all: Superman.

To actually talk about the movie for a moment. This is Captain America: The First Avenger. Released in 2011 and directed by Joe Johnston. It’s a movie that deals with the origin of Captain America in the 1940s and how he became an icon against the Nazi oppression of World War II.

Not just that though, it’s a character defining movie. The First Avenger is a piece that act to show us who Captain America really is, at his core. It also establishes why he’s going to be such an important character within the Marvel Cinematic Universe going forward.

The early 40s, during World War II turns out to be the absolute perfect setting for this character and this movie. In a time where the modern, unrelenting sense of cynicism runs through everything and everyone establishing a character such as this would have been real difficult. Maybe Impossible. 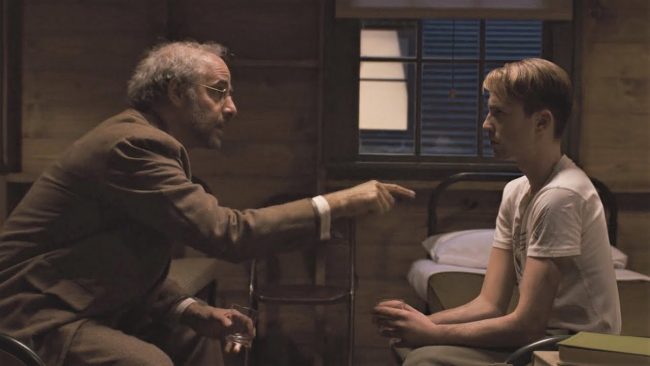 In the last part of this series, I criticised Thor for being too self serious during the inherently cheesy segments of the movie set in Asgard. Captain America approaches its setting in a very similar way, but executes it far more successfully. Thanks to the fact that they’re willing to have fun with it, audience automatically more forgiving with how “on the nose” all the traditional hero iconography is, as well as the inherent campiness of it all.

Thanks to the setting, the movie isn’t afraid to present a sense of true optimism and willingness to stand up for what is right, without a cynical edge to it at all. A movie set in the modern day wouldn’t have been able to tell this story anywhere near as earnestly. And for a Captain America movie to work, you need to make the character as earnest as humanly possible.

One of my major talking points during this series has been a focus on character development. With the goal of these characters appearing in a large number of movies during a span of time, there was a need to future proof them.

Steve Rogers is unique in that he already begins the movie as the person he needs to be, what changes is his ability to act upon his need to do good. His arc is more a personal revelation, him learning to embody the person he is, deep down. It’s the same character arc that Carol Danvers goes through in Captain Marvel.

However, it works far better in Captain America for the very reason I mentioned earlier in the article. Carol is a woman from a more modern era, she has the snark and modern sense of cynicism that comes with that. That slight edge to her character makes it so much more difficult to accept her as the pure symbol of heroism that Steve Rogers is.

It’s because ultimately; she’s too human, too relatable.

In that same respect, Steve is inhuman… his actions transcend normal human behaviour in a way event he best of us can only hope to match in our normal people lives. So instead we look up to him. In the same why they used to look up to another certain man clad in red and blue.

Back in the day, Superman was an icon. A figure made to be inspirational, something we should all strive to emulate, the very ideal version of a man. Ironically he was an alien and in a respect; an impossible standard. As time went on, people began to resent this ideal, impossible to reach standard. And so Superman became less of a figure of hope, and turned into some fascist alien. Here to push his agenda onto humanity. Regardless of how noble his actions were. Cynicism crept into the character.

Through some combination finding Superman difficult to write and some readers finding him “boring” compared to the edgier members of the DC universe, writers started to rub some dirt on Superman, to the point where it feels like his status as an icon has been tainted. They’ve done with Cap in the past too, which didn’t go down that well.

The First Avenger is a perfect example of an ideal Superman story. Steve has plenty of strife, character drama and growth moments throughout the movie, but he does it all while staying true to who he is. It’s not difficult tell a story about good people without dragging them through the mud in the process, Star Trek: The Next Generation did it for seven years. 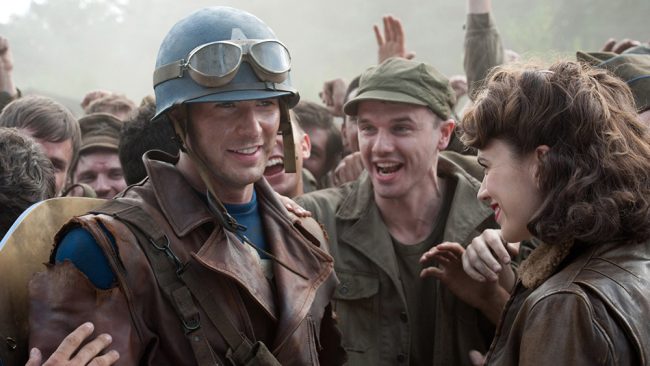 All that being said, The First Avenger isn’t a perfect movie. While I loved everything up to the point where Steve truly becomes Captain America, which is around the point when he returns from the Hydra base, having rescued hundreds of men single handedly, from there it becomes a more generic action flick Right up until Cap wakes up in 2011.

There is still plenty to enjoy during this time in the movie. Hugo Weaving’s performance as the Red Skull is perfect. Equally as intimidating with and without his facial prosthesis. The score is fantastic, bringing this triumphant feeling to everything that’s happening during the action scenes. Cap’s own theme especially is one that gives me the chills to this very day.

But, by the point Steve has proven himself and has been taken seriously by the military, the main bulk the story I care about is over. From here on out, it’s a story painted with a broad brush. Good guys are good, Nazi’s are bad.

Which is the great thing about Nazis as a cinematic villain. You don’t need to explore them, you don’t need to provide them with motivations. They’re the bad guys, and you know that at a glance.

By taking these narrative and thematic shortcuts, the movie can spend more time on building its shared universe. There are direct references to Thor, the Stark family, the origins of Shield and so much more groundwork that ends up paying off in big ways. All fantastically woven into the events of the movie itself without feeling jarring.

The First Avenger, the First Superhero

People love Batman, people love Deadpool. I love Captain America. Sometimes, you don’t need to be dark gritty or edgy to make a great movie. It’s why I loved Spider-Man growing up so much. The white knight image has been corrupted so much by people misappropriating it and by writers twisting it for the sake of a cool story, sometimes going back to the roots of what a superhero is can be refreshing.

Captain America: The First Avengers is a silly, period movie which works so well because it leans into the setting, not only that, it is carried by a character that feels like be can become bigger than the movie. While Cap loses his image as the golden boy throughout the MCU, he never loses sight of what is important to him, as summed up by his final conversation with Dr. Erskine. That he would stay true to who he was: not a perfect solider, but a good man.

3 thoughts on “MCU Rewatch: Captain America: The First Avenger is a Fantastic answer to the Superman Problem”