Another day, another post where I desperately scramble about and try to paint my personal taste as an actual indicator of quality when it comes to Anime. The last thing I want to happen is me getting found out that I have no real idea what I’m talking about, and this is all waffle. That would be awkward. Writing these intros has always been a pain in the ass every year, looking for some text to shove on here before I get into the post itself proper. Now I’ve made the mistake of having to write twice as many this year… 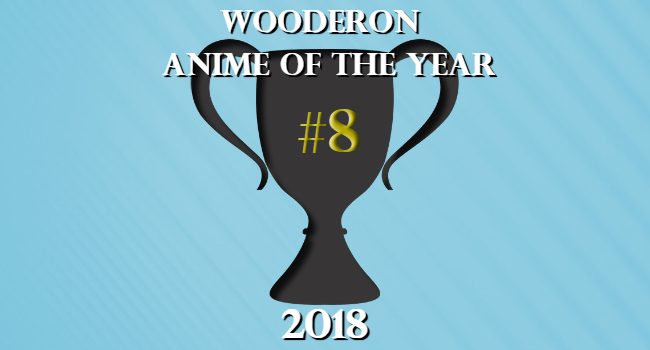 Today, I speak about a show that completely captivated me when I first started watching it. However, It was a show where, the more that happened, the less I found myself interested. It’s strange, I enjoyed just existing in a peaceful world with the characters and seeing how they lived their lives in this interesting setting. When the drama kicked in, it lost a bit of its charm. That didn’t take away from my overall enjoyment though.

Number eight will be after these links to the previous posts: 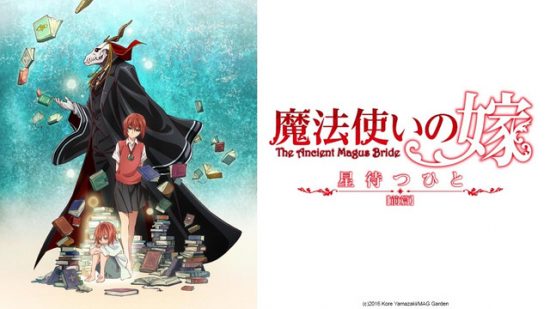 If I had to make a visual metaphor for the quality of Ancient Magus Bride, I’d compare it to a mountain; rising in quality to reach a glorious peak at the half way point, then a decline which ends on something of an anticlimax.

Magus’ Bride is something of a mixed bag in that regard. There are a lot of things I adore about the show, but when it came to the dramatic weight of the character’s interactions with the villain, it ended up getting a little heavy handed and fumbled its message. Putting that aside though, there still so much in this show that I loved.

For one, it’s gorgeous. It might be the best looking show I saw all year. Set in a picturesque rural England, the show flits between the stunning landscape of English countryside (Which I don’t believe exists) and an inner London, all looking like it was meticulously designed by a someone who grew up, lived and breathed the city for how accurate to reality to seems, right down to the dated pattern on the train seats. 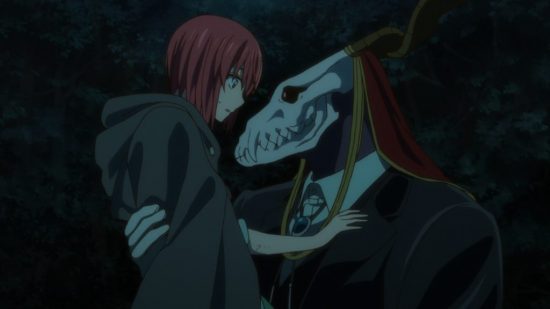 This incredibly well realised deception of England makes the fantastical things happening within the show all the more effective. Taking inspiration from Celtic folklore and giving it a unique modern spin. With Fairies, fawns, satyrs and dragons.

Despite all the high fantasy concepts all going on, that’s only tangentially the focus of the series, which is actually a story of romance and redemption. Of how the main character goes from being an incredibly depressing girl who sells herself into slavery. Only to be bought by a powerful creature of darkness, who just so happens to be a pretty nice guy, having a few issues of his own when it comes to his maturity and place in the world.

Much of the show details their romance as well as both characters coming to terms with themselves and their problems through their relationship with one another. Some of the aspects of their relationship is troubling, but the earnestness of it all helps you forgive it. Not just that, but the supporting cast, both in the real and the fairy world, are great, unique and interesting characters.

The show is at its best when its just showing the lives of these people and developing their relationships. It looks and animates so well that I never found myself wanting for anything to happen.

It’s when the action orientated segments of the show begin that it starts to misstep. While it continues to animate its action incredibly well, and throws great visual concepts at you. The dramatic weight of the villain is a little lost on me. Nowhere near enough to ruin my enjoyment of it though. I’d love to see another series of The Ancient Magus’ Bride at some point in the far flung future.