But I had the same issue with Nioh. It’s a really cool game, but I’ve never really been able to get into that Dark Souls style of hard third person action game. This is the closest I’ve ever been to properly investing time into one of these games, and I feel like I made significant progress too. But in the end, my baby pain threshold stopped me from progressing any further before I eventually dropped off. It’s real good though and worth looming into if you have a PS4 and like that type of game.

When we get to today’s entry on my game of the year list, some of you may be baffled how hypocritical my previous few paragraphs seemed. But trust me, I’m better at shooters than third person action games. Also, I can’t be bothered booting my PS4 most of the time anyway.

Played on Xbox One | Released 27th October | Developed by MachineGames

Like DOOM last year (which has to be capitalised at all times), I had no real connection to Wolfenstein. That era of PC shooter passed me by. So, when I tentatively picked up Wolfenstein: The First Order earlier this year I was very surprised to find myself really enjoying a weirdly self aware look at a particular era of the first person shooter genre. If I did give awards like “best old game of the year”, The New Order would have won, needless to say I had to go and check out the sequel when it came out this October. 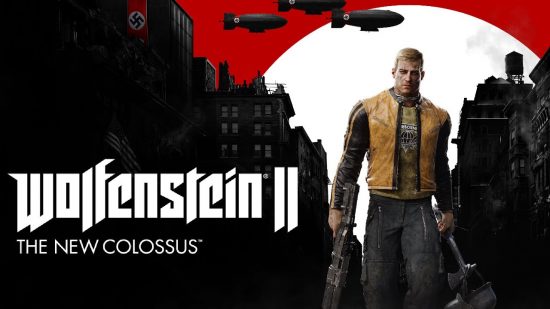 Like the first game, Wolfenstein is something of a throwback to shooters of the 90s. In a time before when time to kill was non existent, and before you just had to wait for the blood to drain from your eyeballs to recover from gunshot wounds. It means it’s the kind of shooter where you need to be duel wielding and sprinting around constantly to stop yourself from getting totally destroyed.

If I’m going to give this game a criticism, I’ll do it now: I think this game has got a hard-on for it’s own nebulous difficulty settings. It all but berates you for playing it on the easiest two difficulties, but the gameplay isn’t really rewarding enough to put yourself through that. especially when you want to force your way through this game to get to the good stuff. The gameplay is solid, fast paced and has a decent progression system, but it is in no way the thing you’re coming to this game for.

Where The New Colossus shines the most is in its story. Picking up right from the end of the previous game it drops you right into things without much of time for a breather. I’m not going to spoil any specifics here because I think this game is amazing because of the individual moments that take place within the story and to repeat them here would all but ruin the experience for anyone playing it themselves.

Right from the start the game seems to toe this line between being relentlessly grim and fatalist, and also really slapsticky and goofy at the same time. It will have a serious conversation happing between characters happening in the foreground while an almost vaudevillian comedy routine is going on in the background. And somehow they make it work for them throughout.

The events of the game are grim to say the least, peppered with some so shockingly audacious that I had to take a moment to collect myself before continuing. The places this game goes are really something and I can only applaud them for not caring and just doing it anyway. Despite being pretty bleak through large parts, There is an extended sequence which is pretty hands off towards the end of the game which are pure insanity. After it was over I had to put the game down because I felt it surely couldn’t keep topping itself.

I think in the end the game is almost entirely excessive, it its violence, in the character’s behaviours and in the depiction of the world it takes place in. It knows where it came from and feels like it was designed with a combination of a 90s gamer mentality and pretty progressive modern game design. It works really well for itself and is worth giving a go.

The one downside to this is that while these are a collection of fantastic moments within the game, much like why I enjoyed DOOM so much last year, it’s how it differs from DOOM that keeps it from getting any higher on my list. While all of the best “what the fuck” moments in DOOM where things I, as the player, were responsible for, the things in Wolfenstein I liked so much are things I’m just witnessing. Not to take away too much from it. 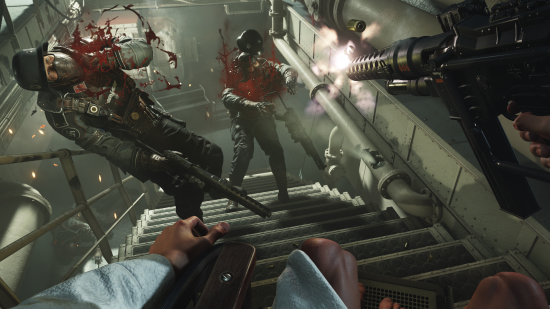 I’ll end this post by saying that while MachineGames have come out and said they didn’t make the game with any intention of it being a political statement. Considering what it going on in America at the moment, and how White Americans in the game seemed to roll over pretty easily for the Nazis within the game. There is this extra layer of meta texture that makes it all the more effective. It’s… a real thing of a game…