I was talking about the DC Fandome last week and the new Batman movie that got announced during it. At which point I made a comment about how writers seemed to want to treat Superman like some terrifying, angry God more and more rather than the symbol of peace and justice he once was.

And then it got me thinking, are we really becoming so afraid of people like Superman? Not deity-like aliens, but selfless, honest people who only want to do good? We certainly don’t revere them the same way as we used to in our media.

It’s no secret that a lot of movie writers have struggled to get Superman right in the past couple of decades. On his face, he’s admittedly a bit of a boring character. A boy scout who has almost no weakness, it can be difficult to tell a compelling story about him that has to appeal to the masses. So much so that I feel a lot of writers have become more comfortable with the idea of constantly making him the antagonist instead.

It makes me wonder if this is some unconscious shift in our collective conscious. One that seems to more readily reject everything about the character that once made him the most iconic superhero in the world. Or maybe it’s just the natural evolution of the audience’s taste, the character of Superman went through a few changes before becoming the Man of Steel we know today.

Strangely enough, the original story from creators Jerry Siegel and Joe Shuster to use the name was called Reign of the Superman. A short story that told of a normal made who gained superpowers one day. Unlike the character they would later develop, this man used his powers for personal gain. After many iterations on a more heroic version of the character and failures to get picked up, it was through Action Comics that the character finally found the way onto the printed page.

Through comic books, television and the radio, Superman crept into the public consciousness and a very 1930s attitude began to shape him. This is was the introduction to the radio drama that played before every episode starring the character:

Superman – defender of law and order, champion of equal rights, valiant, courageous fighter against the forces of hate and prejudice who, disguised as Clark Kent, mild-mannered reporter for a great metropolitan newspaper, fights a never-ending battle for truth, justice and the American way.”

As flowery and dated as this excerpt reads, it’s still a cornerstone of what Superman stands for in many ways. Which is ironic considering Superman spent his first decade being overly aggressive, using excessive force to take down criminals, often killing them in the process of stopping them. It was only when editor Whitney Ellsworth instilled a new code into the comic book, making Superman more of a humanitarian.

This, coupled with the introduction of “The Comics Code” in the 50s that demanded a number of rules on comic books that stopped them from doing anything that would glorify criminals, nor show any excessive violence. All to soothe the even more conservative morals of the advertisers of that era. Although, by the 60s, this became largely ignored by many comic books, as the underground comics movement started take root.

All of these factors came together to forge Superman into what he is today. Much more than a simple character, but a symbol and a template for all other characters like him that would follow. The archetype of the lawful good superhero character.

Of course, times would change, and comic books became less straight-laced and more pulpy. Focusing more on danger, sex appeal and violence. Which left Superman somewhat out in a lurch. I can’t comment on how his character changed throughout this period nor the individual stories that featured him. It’s just not an era I’m that familiar with. All I can comment on is the archetypal figure he started out as, and how I see him treated today.

And today, it feels like writers go out of their way to continue distancing Superman from the rest of humanity. Despite being an alien, Superman has always stood as the example of the very best humanity has to offer. What we could become if we cast aside our selfishness and used him as the example to live by, the world would be a much better place.

Yet, what used to be an aspirational figure, someone to look up to and emulate has become a target of resentment. Both within the world of the comics and in real life too. More and more I see the character treated as “other”, an invading godlike alien imposing his will onto us. How well-meaning he is or not suddenly becoming an irrelevant factor.

It’s a change I feel like all people who write him, especially in movies and video games, seem to carry with them. Conscious of it or not. Which makes me wonder what their feelings on the “other” are in their real lives. Before you get mad with me, I’m not accusing any writers out there of racism or xenophobia. What I am saying is that we live in a very combative time when it comes to these issues.

The Trump presidency in the U.S. has caused more open friction between races and other minorities, more than there has been in the country for years, his toxic, anti-humanitarian stances giving individuals the confidence to go out and act on their baser impulses. With this going on around us all the time now, it’s possible that even the most well meaning individual might unconsciously take that on board and have it affect their writing when it comes to some form of the “other”.

Because that’s what Superman is. Like I mentioned in my Batman post; for many fans, Superman has become synonymous with the immigrant experience. He, too is an immigrant from another world coming to America. And while he was once welcomed with open arms, now he’s become a target. Something to be fearful of, an invading force. 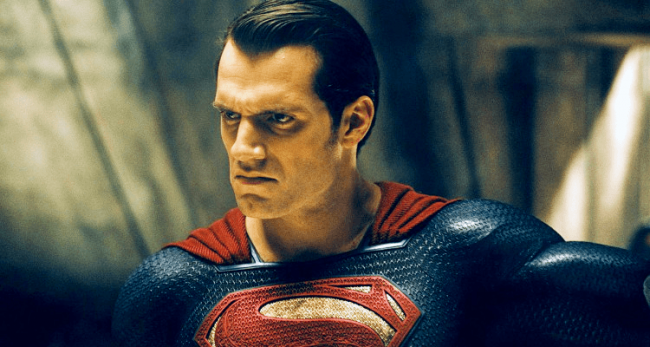 And whose taken his place as this aspirational figure? Of course, it couldn’t be anyone else but Batman.

Let’s dig into this for a moment then; Batman is the perfect representation of modern American ideals. He’s simultaneously “old money”, but also a self-made man. He lacks the natural gifts of a Superman, but still dragged himself up from tragedy to become who he is today. And who is he exactly? A morally dubious millionaire.

These days, the average person values money and personal status over things like mortality and charity in practically every instance. There’s no shame in it. We all work our asses off to make ends meet, and the idea of being rich and famous is an appealing bit of escapism. But that’s what we dream about now, we don’t aspire to be good people anymore.

No longer do we aspire to be Superman, now we want to be Batman; the hardworking millionaire who is increasingly seen fighting against the immigrant hero who he deems different, dangerous and scary.

You’re free to disagree with everything I’ve said here, I’m no psychologist. I was just throwing ideas out there and making the tenuous connections that popped up in my head. But you have to admit that there is some merit to the idea that with so many writers, so readily painting Superman as this God-like being, who could snap at any moment, its a grim reminder of how fleeting our lives are and how we’re always so close to annihilation. And who is the cause, apparently its the immigrant, the “other”, the Superman.

2 thoughts on “Is making Superman into a villain a sign of our increasing xenophobia?”

the future depends on what we do in the present